The chord that you’ll find in almost every evergreen is the C major. This basic triad is an absolute must for any guitar player to master. That’s why the C is our chord of the week. Check our Instagram for more Chordify frenzy. 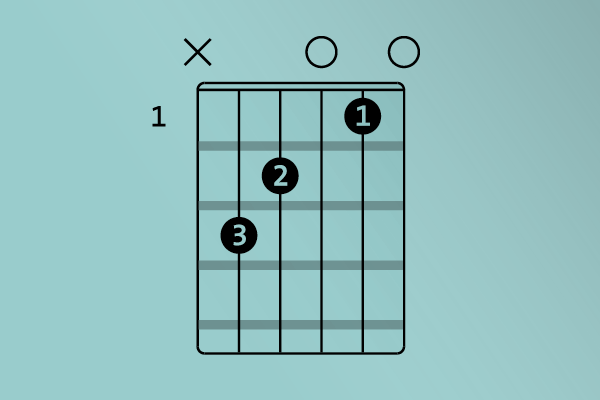 Yes nice huh, finally a chord that’s central to the piano’s tonal spectrum, as the E is for the guitar. Where the E forms the basis for the guitar, the C plays a similar role on the black and white keys of your Steinway or Bösendorfer. An octave on a piano does not go from E to E, but from C to C. This is a great opportunity to try Chordify out on a piano if you have the chance.

A song that completely embraces the key of C is the track Skinny Love from indie rocker Bon Iver. To simulate his specific sound on your own guitar, you’ll need to tune the instrument to an open C tuning. That means you’ll have to tune the strings from low to high as follows: C, G, E, G, C, C. If you do not want too much hustle and you still want to include this song in your jam set, just play it in the standard E tuning.

The chord progression is not very special. You can quickly see that there are five basic chords and a somewhat unusual triad. The Gsus4 is a barre chord in which the tone G and the tone C appear double in octave form. That is how they reinforce each other. This is no coincidence, because the G is the fifth step in the C scale. The harmony between the root and the fifth is better known as a power chord. In this case it’s a double power chord.

Scorpions – that we’ve gotten acquainted with in our historical album of the month Tokyo Tapes – wrote a song in C that would later become the anthem of the fall of the Berlin wall in 1989. Wind of Change is not very difficult when it comes to chord progression, but it is certainly not easy either.

The difficulty is the timing and although the chords themselves are not too difficult, you do have to deal with a Dm and an F that follow each other. Since this is not a standard transition, it takes some practice to reposition your fingers in quick succession. Practice makes perfect. The same applies to the whistling part, by the way.

Enough of the old folks’ music! It’s time for a fresh breeze, again from Germany. The Middle by the German producer Zedd in collaboration with singer Maren Morris and the music duo Grey has been in the Billboard charts for months now. Although we are talking about electropop here, the chords in the song are perfect for practicing your basics.

If you want to practice the most important chords of the pop industry at the top of your guitar neck, this is your track. Just check out the progression which takes you from D to G, C, Em, A, Am all the way to the E. All this at a fairly easy pace. See it as jogging on the guitar. It improves your stamina, your strength and your reflexes.

Never be the Same – Camila Cabello

Fun fact: singer Camila Cabello also auditioned for The Middle. After the rejection, Cabello knew she would Never be the Same again. Apart from all the craziness this Billboard-high-scoring-hit, just like the one mentioned above, is an ideal opportunity to practice the basics of chord progression.

Unlike the track by Zedd, here we see a number of chords that also belong to the basics, but are used less often. The Dm and the F, for example. The bridge of the song contains an A#, a Cm and a Gm. With these barre chords it is a matter of practicing strength and suppleness of your fingers in order to play the triad clearly.

The idea that everything resembles each other and is not very innovative is reflected in the lyrics of Everything Now by Arcade Fire. Of course this could be seen as justified criticism, but somehow we always know how to produce new-sounding tracks with a few chords. So it’s a bit true and a bit untrue.

This final song is a great exercise for the advanced guitar player to quickly grab easy and trickier chords in a row. The song itself has a laid-back feel and is therefore a fine addition to your jam. It even has a groovy ABBA riff on the piano, so if your piano keys are within reach don’t be afraid to tryout this track. Happy jamming!