Music festivals are awesome, but the accumulation of sleep deprivation, hangovers and crappy festival food, gathered over three to four days of partying will take its toll on anyone. There’s only one Keith Richards, the rest of us mortals need all the tips and tricks we can get. Here’s some advice for all you festival rookies. 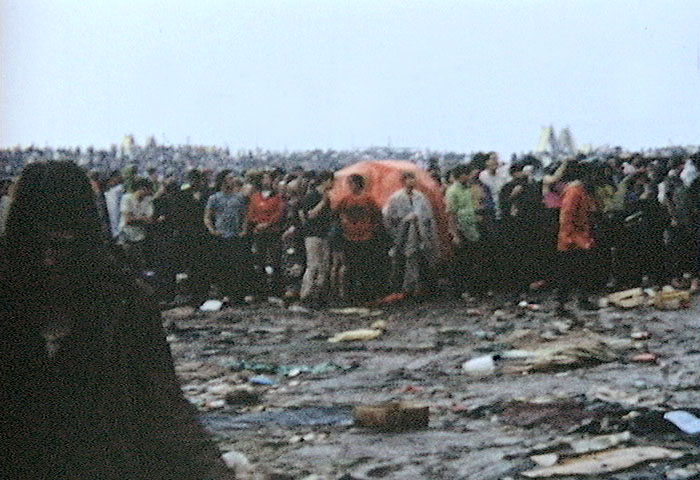 Rule number one is arriving early, so you can set up camp at a prime location close to the festival grounds. But picking just the right spot can be a little tricky, because it’s all about balance. You’ll want to have everything nearby, but not too close. Having toilet facilities nearby is great, but camping next to it will mean an ongoing stream of visitors, all hours of the day, and inebriated stumbling throughout the dark of night. Also, camp uphill, not downhill and hang up some sort of flag to find your way back.

Making it to the front row is always tricky and especially difficult if you’re not at least half an hour early. So, if you can’t get the best view, you’ll want the best sound. Most of the magic happens on stage of course, but another big part of that happens at what music professionals call Front of House, the small, sectioned-off area, usually in the middle of the crowd. That’s where you’ll find the sound engineer responsible for mixing audio for the audience, so naturally, you’ll get the best sound quality right there and it’s also a good meeting point.

Going to a festival with a group of friends is great, but group decision making is not something you’ll want to do on the spot, because that will mean endless debating and lots of indecisiveness, especially when you’re tired or hungover. Pick the bands you and your friends really want to see beforehand and don’t expect to keep the group together.

Don’t plan on seeing everything either, because walking to and from different stages and navigating through massive crowds takes up a lot more time than you think. You’ll end up missing most of the bands. Pick your absolute favorites and show up early, and take your time to eat and relax.

Thinking about taking a refreshing shower during the festival? Better think again, because you’ll be standing in line for a long time, waiting for a shower already used by hundreds of people. Don’t take a heavy bag full of toiletries with you, bring some wet wipes instead.

You’ll be up on your feet for most of the day, walking and dancing. Your body can handle a few days of crappy festival food, but hydration is extremely important. Bring plenty of water and sports drinks. Be sure to check how much liquids you’re allowed to take with you too. As for foods, bananas and cereal bars will give you the energy you need, without the sugar crash.

As much as you will want to stay awake for as long as you can, you’ll need sleep, and plenty of it, if you want to survive a few days of partying. The post-festival hangover won’t be as bad if you’ve had some sleep either. However, with all the noise until dawn and daylight shining through your tent afterwards, that’s easier said than done. Bring wax earplugs and a sleeping mask, and sleep like a baby. 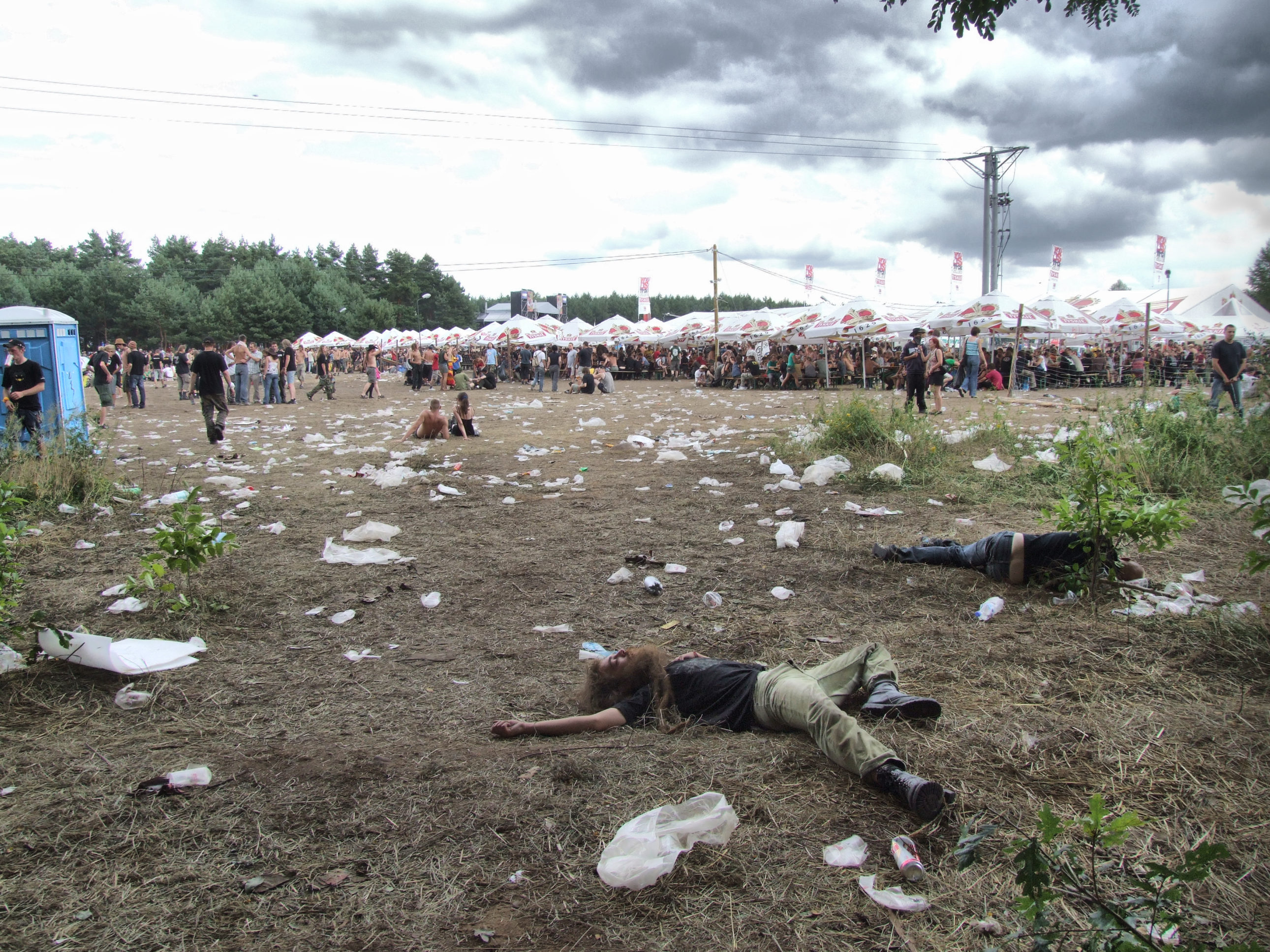 Invest in a good USB charger and you won’t have to worry waiting in line at charging stations and waiting some more for your phone to charge. Also, a flashlight will come in really handy when you navigate the maze of tents at night, trying to avoid tripping on pegs and ropes.

Being outside means dealing with whatever kind of weather mother nature throws at you. Sunscreen and a hat are essential. A rainy day combined with lots of equals wading through mud, so rubber boots and a plastic poncho are great to have too. Come rain or shine, a pop-up canopy or portable gazebo for your campsite is golden! 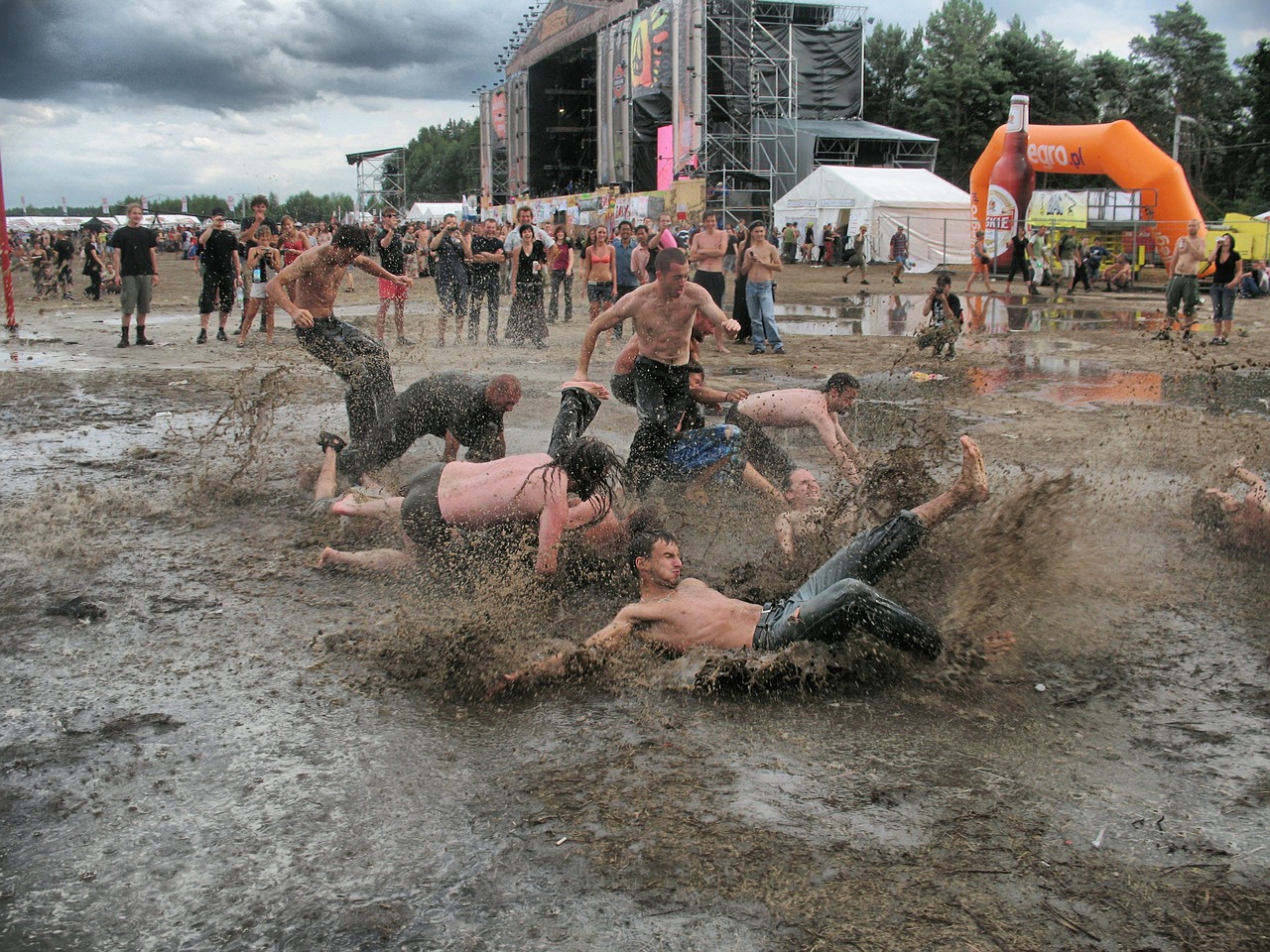 Rest assured, at some point, you and your friends will get separated. And picking out one familiar face in an ocean of faces is no easy feat. Don’t rely solely on your phone to find your friends, instead, agree on a central meeting point. During concerts, the Front of House is ideal. Alternatively, have someone in the group carry a flag, pirate or otherwise, to serve as a mobile rallying point.

Nothing is as frustrating as moving through crowds during concerts. But have no fear, because the old tried and true military manoeuvre called ‘the pincer’ will help you. Move around the crowd, not through it. Enter from the side and move sideways.

You are now ready to survive! One final piece of advice: don’t bring things you can’t afford to lose. Bring an old phone if you can, because stuff breaks and stuff gets lost. Most importantly, don’t stress and have fun!