Have you checked out our Instagram account? That’s where, if you follow us, we’ll update you weekly with a ‘chord of the week.’ This week is all about the D major. Read below to find five tracks that are based on this chord. Ideal for a rock circle around the campfire. 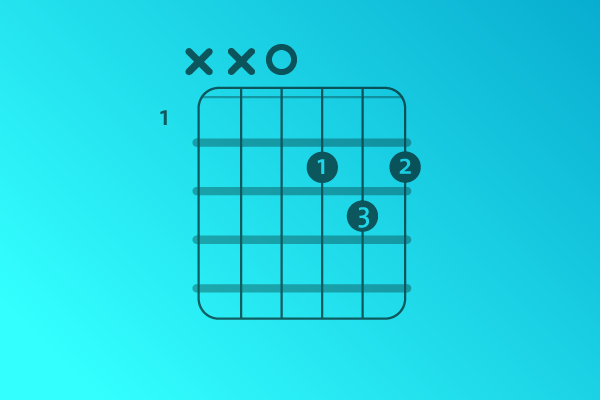 Everybody knows the D major, right? Yes, we’re talking about the inverted triangle-shaped chord played on the G, B and high E string. This chord sounds clear, cheerful and fresh. It is often a good addition to songs written in the keys G, C or A minor. This week the D major is not an addition, but at the center of attention.

We just finished our step by step guide to playing the D chord on guitar for those still trying to master it. Check it out now and start playing.

When everyone’s cuddling up at the campfire, it’s always good to include some old-school tracks in your repertoire. How about Brown Eyed Girl by Van Morrison. The song consists of the four basic chords G, C, D and E minor. It’s ideal for novice guitarists and a guaranteed success. Who can stay quiet during the bridge: “Jalalalalalaaaladida, brown eyed girl!” No one, of course. Start practicing. https://youtu.be/UfmkgQRmmeE

For the more advanced beginner it’s important to practice the basic chords as well as the more difficult barre handles. A song like No Woman by the band Whitney is perfect for this kind of training. In this track we find the well-known open chords E, Em, A, D and G. The challenge lies in the B and the B minor. Both chords are a barre grip. The only difference is the third. If you look closely you can see the resemblance between the Am and the A, only now played two frets higher. Try it out. https://youtu.be/CGKN6qiDqnk

Did you know that British singer songwriter Michael David Rosenberg played in a band called Passenger? After the band fell apart in 2009, Rosenberg decided to keep the name for his solo project. Under that name he released the track Let Her Go in 2012. The song was in the top three of the Billboard charts for months. It’s a track that fits in every summer jam. Like Whitney’s song, Let Her Go is composed almost entirely out of basic chords, with the exception of B. https://www.youtube.com/watch?v=RBumgq5yVrA

The Swedish heroes are back. Celebrate this cheerful news with an Abba jam. How about grooving to the song Mamma Mia from 1975. Although the track initially sounds bombastic, the basis is just  piano and guitar. We can reduce the core to just a few chords: D, G, A and C. As you can see here, there are also a number of lesser known chords in the track. This is a good opportunity to try them out. https://youtu.be/unfzfe8f9NI

If you want to score a big hit, keep it simple. This motto certainly applies to MGMT. Time to Pretend is the shining example of this. When you look at the chord scheme you’ll immediately notice how the song evolves around the D, G and A, with a little exception in the bridge where the band plays an F-sharp minor. Because of the quick alternation of chords, this song is a good exercise for both beginning and advanced guitarists. Happy jamming!