It’s one of the toughest beginner triads, but once you master it, a world of funky songs opens up to you. We are, of course, talking about the F major. Below, you will find four songs that all revolve around this chord of the week. For more Chordify madness check out our Instagram.

The F chord is part of the F major scale. This consists of the notes F, G, A, Bb (or A#), C, D, and E. Of course, their tones are inseparable from the chords that perfectly match our triad of the week. And let’s just say that all these chords come back in a lot of funky songs. 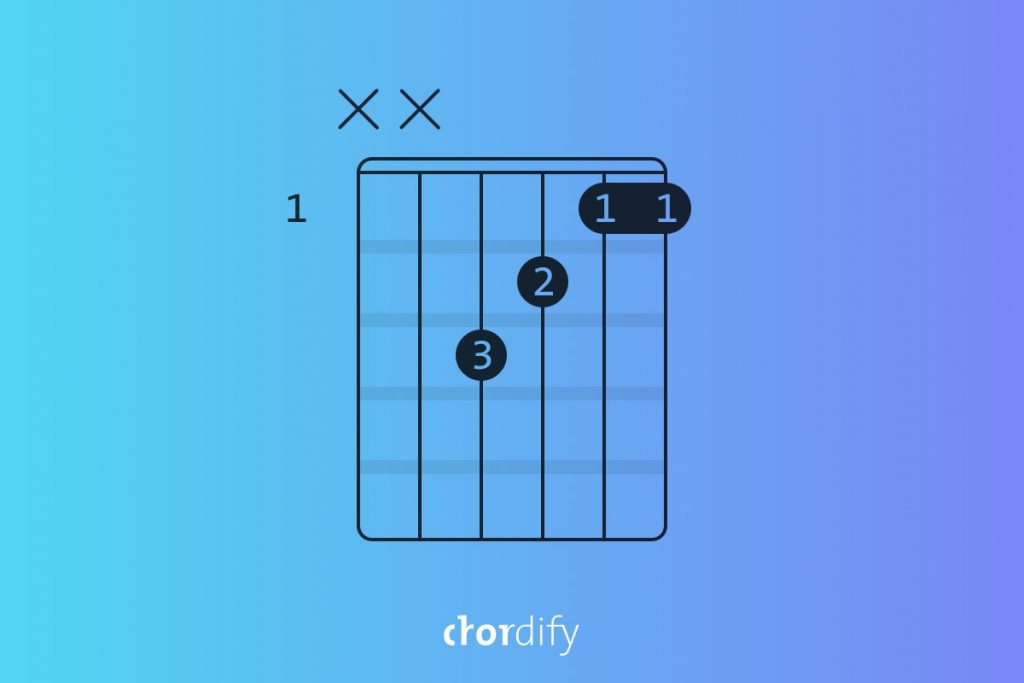 In the end, it’s all about the basic chords from the F major scale. Only in this song, they are used in a funky kind of way, which means a lot of seventh chords. For example, A7, Bb7, and B7. Pay close attention to your finger placement. Notice that leaving out just one finger is the difference between a seventh and a major chord.

“Dreams” by Fleetwood Mac may not be your prototype funk groove, but if you listen more closely to the bass line, you can’t resist bouncing on the first beat of every bar. As far as the chord progression goes, this song should be a piece of cake. You mainly have to play G, F, and Am, which are quite basic chords.

“Mi Limon Mi Limonero” by Henry Stephen is a classic. The song has been copied countless times. It has a nice rhythm and the chord progression is challenging, but even for the beginner achievable. The main triads are the F, the G, and the C. You will find variations on these chords in the form of a minor and a seventh. But as long as you master your basics, nothing should go wrong while jamming.

“Nightcall” by producer Kavinsky is used in the title sequence of the 2011 movie “Drive.” A dark, yet uplifting beat. Now is the time to borrow your sister’s synthesizer. This track consists mainly of minor chords. This makes it gloomy and dark.

If you decide to play this track on a guitar, pay attention. It’s for the more advanced guitarist as you work with a lot of barré chords. When playing along pay a closer look at the way the third of the chords changes with respect to the major triad. Need us to help you out? Check out our step-by-step guide to learning the F Major chord. Happy jamming!