Jimi Hendrix sets fire to his guitar, The Who leaves no equipment undestroyed – Yeah man! Those were the days.

Think about history’s first legendary rock festival and you’ll probably see a picture of Woodstock 1969 in front of your mind’s eye. But, there’s a precursor. While it was similar in its outlandish atmosphere, it’s not the least bit as well-known as Woodstock.

Monterey International Pop Festival took place in 1967 and it’s an archetype of music festivals. To compare: the first festivals in Europe, like Pinkpop (Netherlands) or Ruisrock (Finland), popped up in 1970. The Danish Roskilde followed just one year later. 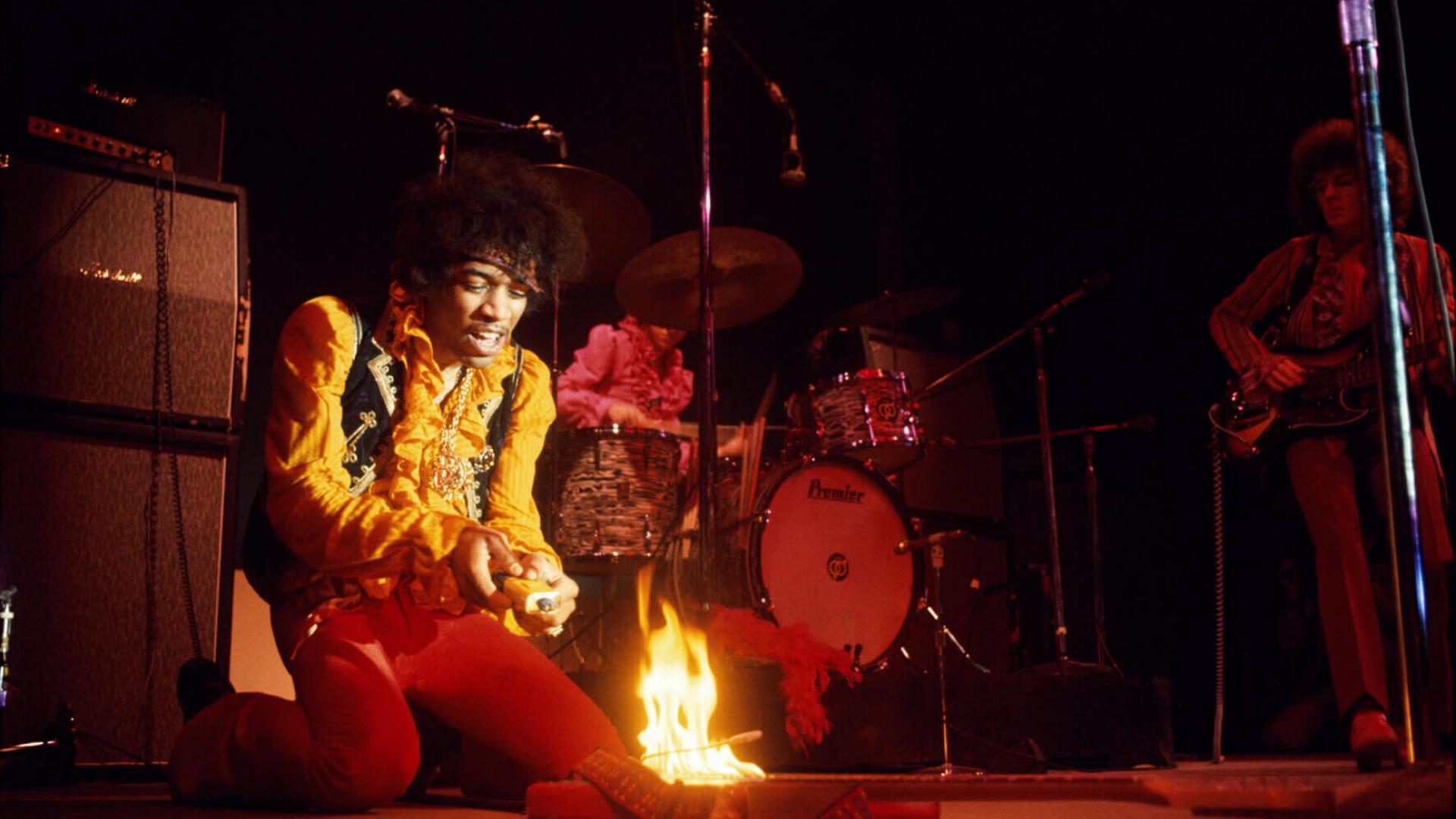 Monterey International Pop Festival was a stepping stone for Jimi Hendrix, The Who, Janis Joplin, Otis Redding, and many others who we now consider legends. It’s about time we take a look at one of the apogees of the summer of love.

The art of rock ‘n’ roll

It all started with an idea of John Phillips, singer with the Mamas & the Papas, and his record label executive Lou Adler. They figured that rock ‘n’ roll should be given the status of art –  just like jazz. They also thought rock ‘n’ roll deserved a bigger stage. Together with a board of recommendation – that seated the all-star cast of Paul McCartney, Mick Jagger, Brian Wilson and Paul Simon – they worked out a lineup within a few weeks.

Simon & Garfunkel, Grateful Dead, Jefferson Airplane, Canned Heat, The Steve Miller Band, The Byrds, Otis Redding, The Who, Scott McKenzie, Jimi Hendrix, Big Brother and the Holding Company with Janis Joplin, and so many more artists, agreed to play for nothing. Lou Adler says: “ We were just there at the right time.”

The Who and Jimi Hendrix

The story goes that Jimi Hendrix and The Who decided who would play first with a coin toss. Jimi lost and The Who stole the show by completely wrecking their instruments on stage. This instigated Jimi’s competitive side and he wanted to blow the crowd’s mind even more. People say he’d set fire to his guitar once before in London, but at Monterey International Pop Festival it was recorded on film for the first time.

Jefferson Airplane’s front woman, Grace Slick, knew the location for Monterey International Pop Festival from the jazz festivals that were held there. She looks back with a free spirit’s nostalgia: “The entire area in back of the stage was people wandering around. There were drinks and marijuana and blow and whatever else everyone was interested in. Everything worked.”

Monterey proved to be a totally different experience than Woodstock, two years later. Jefferson Airplane were scheduled to play at nine o’clock in the evening, but due to programming delays they ended up playing at seven in the morning.

Acts known in the vicinity of San Francisco, like Jefferson Airplane, Simon & Garfunkel, and The Grateful Dead now amassed fame from an even larger audience. The Beach Boys couldn’t make it, which meant Otis Redding joined the ranks at prime time Saturday evening, which afforded him a whole new fan base.

A second edition of the Monterey International Pop Festival, planned for 1968, was forestalled by authorities and local residents. They weren’t waiting for a bunch of hippies to spread a message of hedonism, free love, mood stimulators, and rock ‘n’ roll in their backyard. So, as it goes, they forbid it. Fifty years later, in June 2017, there was a follow up to the first edition.

Director D.A. Pennebaker – also known for “Dont Look Back,” a documentary about Bob Dylan and the live recording “Ziggy Stardust and the Spiders from Mars” – eternalized the legendary performances of the festival in his 1968 film “Monterey Pop.” Thanks to these images we can catch a glimpse of how fetterless the festival business once started.

“Monterey Pop” is one of the nostalgic windows on ‘60s and ‘70s counterculture. As time goes by the photogenic celluloid images of this prototypical music festival seem to become ever more special.

If you live in the Netherlands you can see the concert film at the open air film festival Zienemaan & Sterren: September 8, 2018.