BackstageDrumsMotorpsychoNew musicTips and tricks
What did you think of this article?👍 👎You already voted!
Like this article?

Just before their 13th show in club VERA we had the chance to talk to one of the Vikings from Motorpsycho. Drummer Tomas Järmyr — who has been playing with the group since the end of 2016 — told us everything about the new record The Crucible and his theory on how to play music. 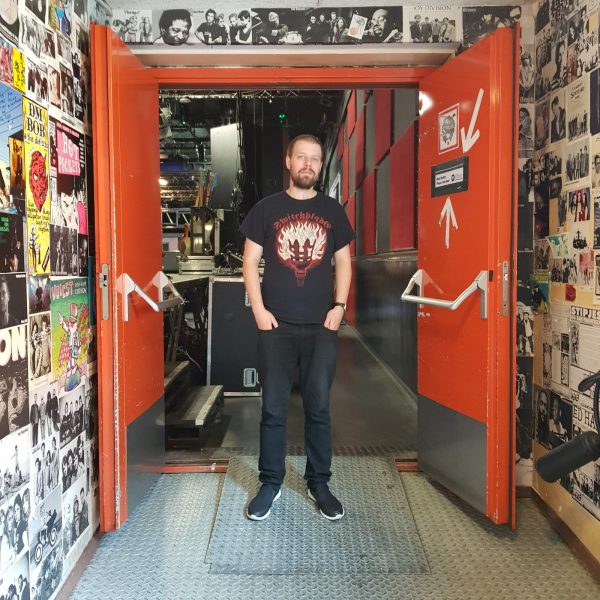 Thirty years of Motorpsycho. That’s a long time of rock ‘n roll. I heard you guys have played like thirteen times here in VERA. Is that true?

Yes the guys have been here quite often. I think somewhere between 13 and 15 times. I’ve been playing with Motorpsycho since December 2016. For me personally this is the first time in VERA.

How does it feel to enter a band with such a long legacy of rock ‘n roll?

Doesn’t feel any different than entering any band that’s been playing for a while. That aspect isn’t something I’ve been thinking much about. But it’s fun to play with them, there’s a lot to learn. They have their ways and lots of material I have to adopt. It’s cool.

That must be overwhelming, so many songs to learn in such a short time. How did you approach this task?

Ha, that’s a good question. I just listen to it a lot. Songs that we might play, I have them on repeat. But I very rarely make notes. Because if I am going to know the songs by heart and be able to play them for years to come, I think that I should learn them properly. Which means not being dependent on any notes. So I have to learn it all by ear. Of course we also rehearse together.

You guys just released a new record. The Crucible is a really good, layered, and groovy EP. Can you tell us something about the recording process?

Well, we spend many hours in the rehearsal space just writing songs, trying out different ideas. Some jams were put together and became new ideas. So every time that happened, we recorded demos and listened to them until it all fell into place.

Then we went to the studio in Wales where we played the songs as good as we could at that time. We didn’t change much, like on the prior record. When we were working on the previous album we had to tweak a bit on the spot. We cut some parts out and changed a few things. This time we came prepared.

Do you have a favorite track on this record?

Ha, I love them all obviously, but if I really have to choose … “The Crucible,” that’s the title track of the record. The song is great because I like this kind of structures we use in there, the longer pieces. But all songs are great.

You’re the drummer of the band. Are drums your first instrument?

I started playing the drums when I was two.

What? When you were two!

Yes. When I was eight I started playing bass, and I did that until I was 16. But I’ve always played drums. That’s my main instrument.

What do you like most about playing the drums?

I like the fact that you’re not dependent on electricity and stuff. So if everything breaks down you can always play drums. Besides that: it’s physical, very intuitive, and easy in a way.

When you play along with the rest of the band, how do you compose your drum lines and grooves?

I do it like I used to do when I was a kid still learning to play the instrument. So I don’t listen to the drum section in particular, but to the whole song. I play the lines and melodies first. That is also the best way in my opinion to learn a song and to memorize it.

Yeah, usually the lines and melodies are more interesting than the groove. So when I start playing them I realize that I can’t do that because everyone else is doing that already. That’s the moment it becomes obvious to me what is missing and that’s what I play on the drums.

If you could give beginning musicians some advice, what would that be?

This might sound weird, but my first advice to young musicians is to use their ears and not algorithms. Learn things by ear. Always. Really, it doesn’t matter how good you are at playing an instrument, if you don’t have ears that can detect things, hear things in a composition, or you can’t learn through listening. Well, then you’ll have a problem playing with other people anyway.

You have to hear the music, you have to hear what’s happening. And my advice for beginners is: listen to a lot of music. Try to play what you hear, not necessarily the notes, the groove or whatever. Learn the melody, try to sing everything.

Ah, I feel a third one coming up?

Yeah, it’s coming up. So — and this is my theory in any case — before you have a good ear, you risk getting stuck in the technique and you’ll end up playing technical stuff that doesn’t really mean anything. But if you learn how to use your ears and then develop some kind of technique, then it makes sense.

That’s the moment when it becomes way more personal and way more musical. Instead of you playing movements without even hearing what your doing, you can now hear it, sing it, feel it. Without that aspect music just doesn’t mean anything. If the trick you’re performing isn’t rooted in you, it is something someone else made up and you just copied it like a robot.

What I’m trying to say is: don’t treat music like a sport. Because when you hear something: your ear picks it up, your brain analyses it and your body executes it on your instrument. Right? So the technique should be dependent on your ears and not the other way around.

Thanks for the great talk and spot-on advice, Tomas!