January is coming to an end, which can only mean one thing in the music industry: Grammys! On January 26th, the Staples Center in Los Angeles will once more be packed to the brim, with iconic industry veterans and aspiring new artists alike, hoping to snatch up one of the prestigious gilded gramophones. We’ll be taking a look at the nominees, from surprising frontrunners to arguable snubs, all of which you can also find in our Grammy Channel.

The reign of Queen Lizzo

2019 was Lizzo’s year! Her album Cuz I Love You received near-universal critical acclaim and has been hailed as one of the best albums of not just 2019, but the entire decade, and has also given us the super smash hit Truth Hurts. Regardless of how many trophies the singer-songwriter goes home with, she has already achieved what only ten other artists have in the history of the Grammy Awards; Being nominated for the General Field categories commonly referred to as the “Big Four” – Best New Artist, Record of The Year, Song of The Year and, of course, Album of The Year. As the most nominated artist with eight nominations in total, Lizzo has also been announced as one of the performers of the night.

Safe bets, surprises and snubs in the General Field

Being nominated for the Big Four is both remarkable and rare. So rare, in fact, that there have never been two artists that have done so in the same year. Until now! Lizzo shares every single nomination in the General Field with Billie Eilish, who is in the race to take home six trophies in total for her album When We All Fall Asleep, Where Do We Go? And her viral hit Bad Guy.

That being said, all bets are off when it comes to Album of the Year! While some outcomes are all but inevitable (such as Record of the Year for Old Town Road), who will take home the most sought-after trophy is really anyone’s guess. Some put their money on the predictable frontrunners: Billie Eilish, Lizzo and Ariana Grande (Thank U, next). While others predict that Lana del Rey’s Norman F***** Rockwell stands a good chance. Our pick? Vampire Weekend’s Father of the Bride. Everyone loves the underdog!

In what many consider to be this year’s biggest snub, Taylor Swift, who used to be the Grammy’s sweetheart, has once again failed to land a nomination for Album of the Year with her album Lover. Her only consolation? A nod in the Song of the Year category for the album’s title track.

Other snubs this year include Ed Sheeran, who was expected to receive some sort of recognition for his No. 6 Collaborations Project, and Lewis Capaldi, who is inexplicably not nominated for Best New Artist.

Bon Iver, on the other hand, have much to celebrate. Surprisingly enough, their record I, I is up for Album of The Year, and Hey Ma was nominated for Record of The Year.

Unsurprisingly, top contenders Billie Eilish, Lizzo and Ariana Grande are all slated to perform. And while those performances will no doubt be spectacular, we’re more curious about left-field choices such as H.E.R, who snatched up no less than five nominations (fun fact: H.E.R. song Best Part is one of our most played-along songs of all time). Other highly anticipated performances include Aerosmith, Camila Cabello and Tyler, The Creator. 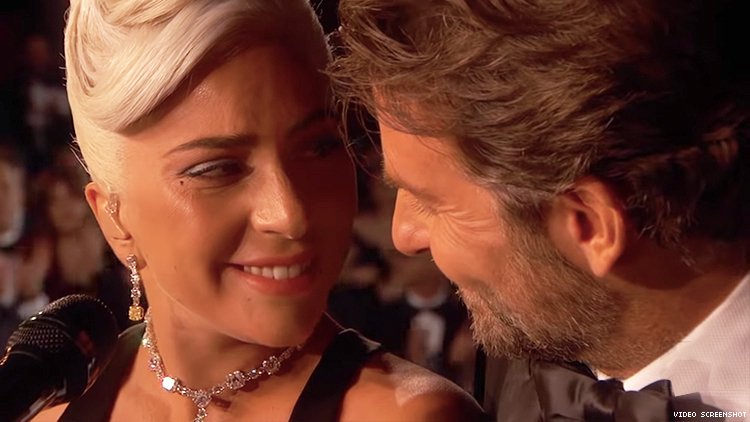 Lady Gaga, Bradley Cooper and Ariana Grande in the Top 5 of February