BackstageCountryPerformingQuaker City Night HawksRock ’n’ roll
What did you think of this article?👍 👎You already voted!
Like this article?

They come straight out of Fort Worth Texas. The Quaker City Night Hawks bring back that country rock ‘n roll sound you’ve always longed for. Their tracks are melodious, crispy and straight forward. We had the chance to meet them backstage during Take Root festival in De Oosterpoort venue in our hometown Groningen.

Some describe them as the whiskey bottle you drank Saturday night and the prayer you did the next day. Others say the Quaker City Night Hawks are like a country gunshot on a humid night. Well, looking at the guys in front of us we would like to know how they describe themselves, what their favorite chords are, and which songs they would recommend us to play along. 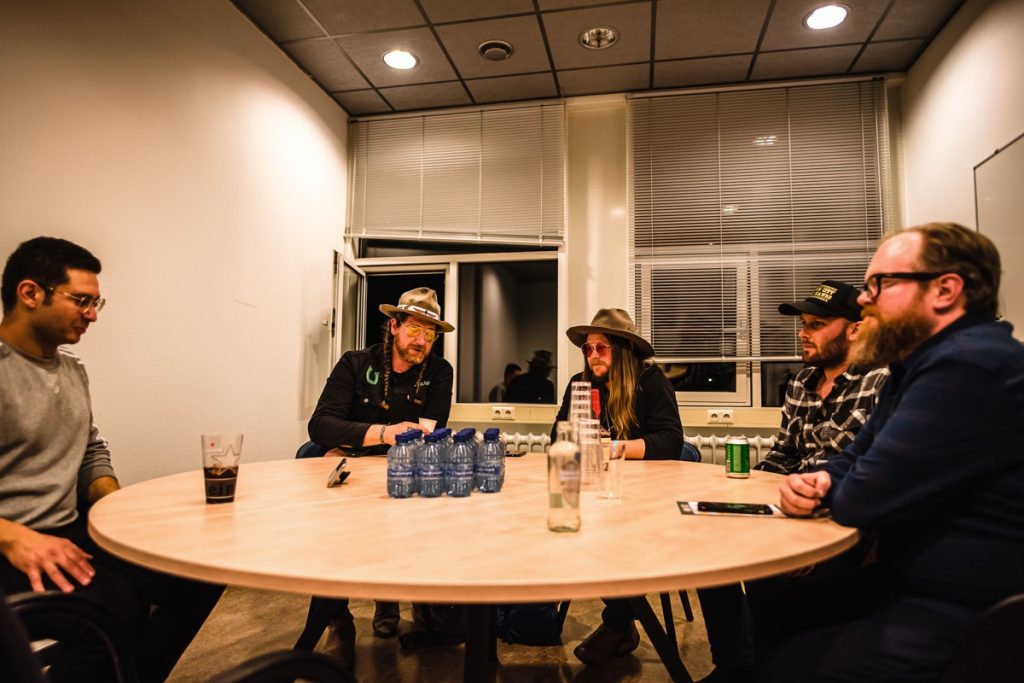 So how is your tour going?

How many shows are you guys scheduled for?

David: Yeah, I think it was twenty-two.

That’s a long way from home, isn’t it?

David: Yeah, it’s about fifteen days shorter though, than last year’s tour so this one feels a lot better. Thirty days is a whole lot easier when you’ve hit that forty mark.

Are you homesick already?

Can you tell me a bit about your workflow while writing songs?

David: Sam and I do all the writing. So we’ll both work on songs, and you know, bouncing back and forward across each other and just kind of figure out what we want to do. It usually has to do with an upcoming record. So we’ll start thinking about how we want it to sound and feel and stuff like that.

Do a lot of things change after you bring your ideas to the rest of the band?

Sam: There have been some songs that stayed exactly the same and there have been tracks that drastically changed. Like David said, when we work on an album we’re working on a certain feel. So if a song doesn’t have that vibe we will tweak it until it fits the sound we’re looking for. That’s where the band comes in and then stuff can definitely get tweaked around.

When you go into the studio, do songs change a lot?

Sam: Yeah, it can change a lot there too. There has been some that kind of are what they are and maintain the same sound the whole way through the process. And there are some that will change drastically. 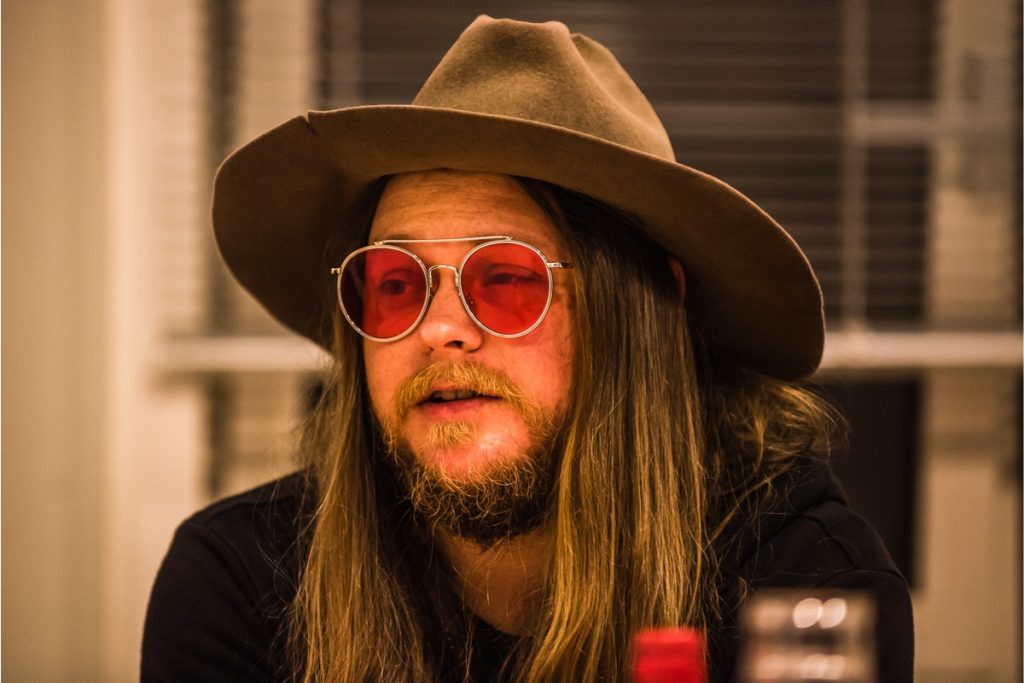 Do you have an example?

Sam: I would say ‘Something to burn’ was pretty much exactly like the demo. It was recorded with nicer instruments. But is was the same format and chord structure, nothing really moved around in that one.

And a song that you play with layers or extra stuff?

Matt: Yes, sometimes that is how they change. You get the chord instruments down like what we would play live and whenever you start to add other stuff, some piano or any other instrument, that can be added on top. Different vocal effect that kind of stuff.

Sam: I think ‘Tired of you leaving’ changed quite a bit from the way Dave had demoed it to the way it was recorded on the record.

How has rehearsal changed over the year?

David: It has remained pretty consistent. We don’t rehearse a lot, we play enough live. We’ll work on specific stuff, but usually, we just listen to become familiar with the material. A lot of times we try stuff during sound checks.

Aaron: Rehearsal is hard and it takes a lot of time to get everybody to focus on something.

Sam: We live in different cities. It’s like planning a shuttle launch to get everybody in one place at the same time.

Matt: We rehearsed a lot for the album, right before the record and the tour. We don’t get to do it as much as we should for sure.

But it doesn’t have any effect right?

Aaron: We play pretty often, so we’re playing the songs an awful lot.

Sam: All of us as individuals rehearse a lot. We all sit down with our instruments every day. That way  – when we get together as a band – we’re growing as musicians. The time spend with your instrument is very important.

Aaron: It’s always nice to be more prepared, but you can never be enough prepared. 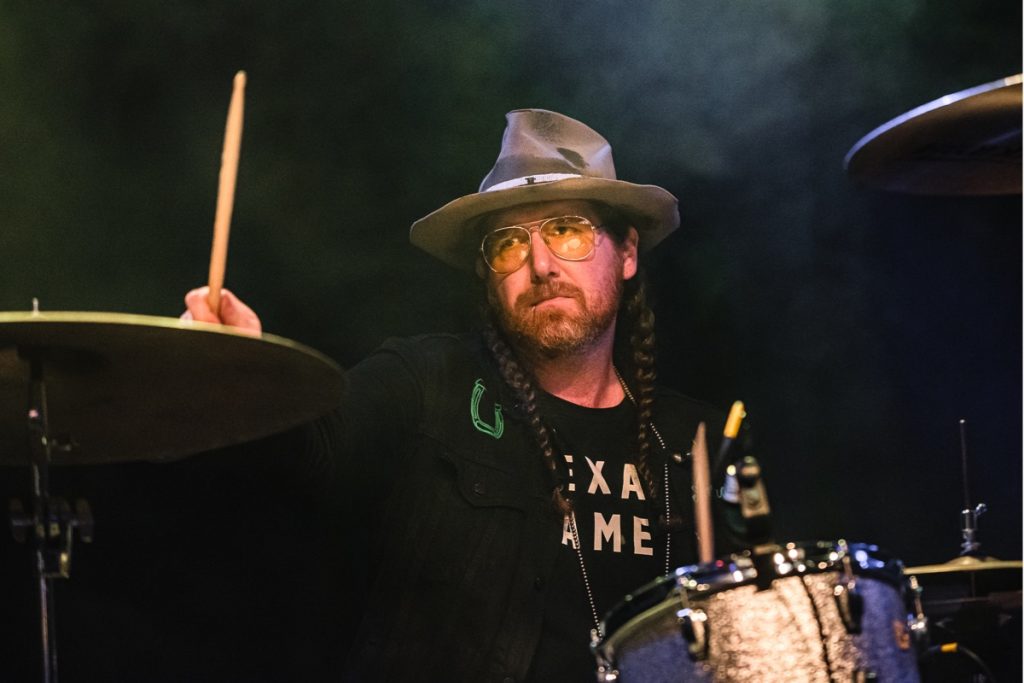 How many hours a day do you spend with your instrument?

David: It depends on schedules I guess. I know sometimes I can spend a few hours a day and then sometimes your busy and you only can sit down for a few minutes. But I try and touch it at least once a day.

Matt: I like to have something specific I’m working on. It’s hard to just play, I have to have like a thing that I’m challenging myself with. If I’m in the middle of something like that, I spend a lot of time until I get that thing. It might not be every day, but it might be a whole lot for one or two weeks. I might not do anything for three or four days and then come back and find something else.

Makes sense. This next question is for the guitarists. If you could name three essential skills for beginners, what would those be?

David: I found that my guitar playing really broke out when I heard about modes. The stuff I heard was way more confusing, so if you can find someone who understands it and can explain it to you… Some of the YouTube video’s I’m watching make me end up more confused than when I started. But once you get a good one, modes really helped me piece it together. That was really important to me.

Sam: Everyone who picks up a guitar and wants to learn songs, no one wants to learn other skills right of the bat. But what helped me, I would go learn a song and get it as close as I could and go back and find what’s going on in that song that made it work. What key is it in, what scale is it in, what mode is it on?

The song helped me learn the actual music theory that was going on in it. As a kid with not a lot of instrumental background, the song is all I cared about, then I realized that there are all these things going on in the song that make it happen. That was my back doorway into all of that.

Patrick: It also is really helpful to just listen to music that you have no mental relationship with. Something you’ve never heard before or a guitarist that doesn’t play anything like you would. Listening to a little bit of that stuff – music all over the world – can definitely teach you new melodies and if you start humming and whistling them you can find out how to play them. 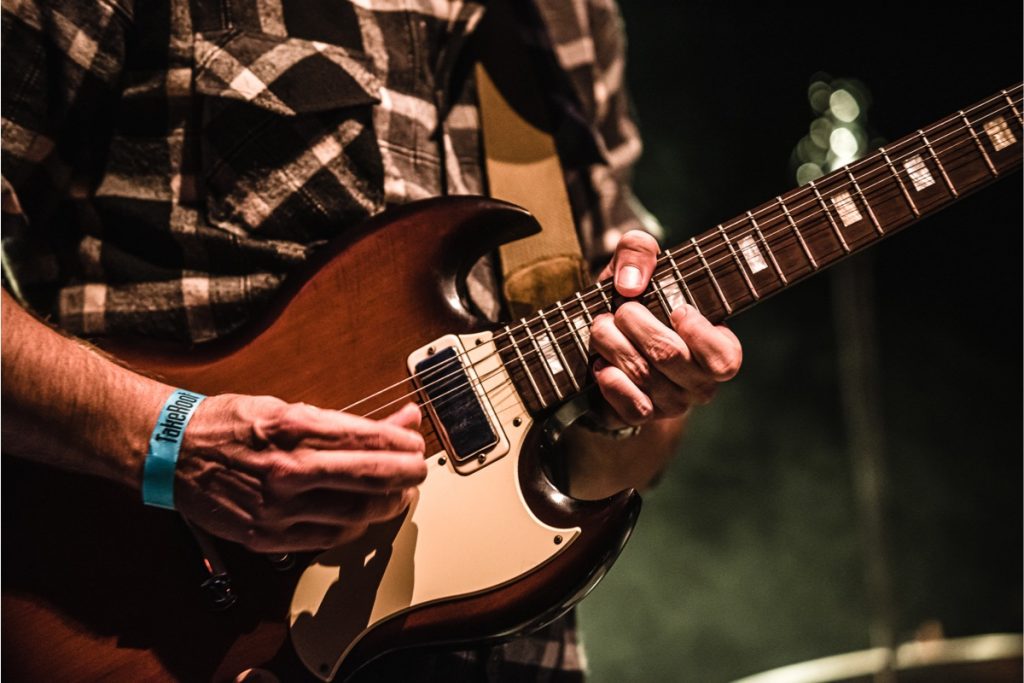 What are the most important things you’ve learned as a band by playing on stage?

Sam: I think take suggestions. I’m not really good at that, but everybody wants it to sound good. So any suggestion: just try it. In your head, it might not make sense, but when you try it and you’re like: oh that does make sense, that was a good suggestion. It takes outside perspective sometimes to make you realize something you would have never thought of. Here’s one, if you’re a singer carry one of those wireless microphone so you don’t get electrocuted.

Matt: You just got to know how to tune your drums, and how to tune other people’s drums. When you show up to a show you never know sometimes what you have to work with. You have to be confident that you are going to be able to make it sound as good as you can. Just know your instrument. Know it backwards and forwards, know how to work with any version of it.

Do you have some specific soundcheck routines?

Sam: We have two lead singers in our band so we always try to do a song that each of us sing just to get how that’s going to sound, but also so the sound engineering is familiar with both our vocal level. I sing a lot quieter, he sings a lot harder, there are different nuances in that. We try to hit at least a song or two that we each sing.

David: Here’s another one, don’t do a soundcheck with your quietest song. So many guys do that. They soundcheck with a quiet song and then go up there and start their set with a really loud track. That’s the moment you see the sound engineer flipping out and adjusting all the previous settings.

What’s an epic fail during soundcheck?

Sam: The first time I was playing on a big stage, I sound checked without this hat on while I wear it al the time on stage. As soon as we started the show I walk out to sings and the mic just rung as loud as it could. That was a pretty hard lesson learned. It was one of the bigger places to play and our first show there. Never made that mistake again! So from now on I always soundcheck with my hat on.

Which two songs can we recommend to our readers to play along with to practice guitar playing?

David: let’s see, I think there is a new song ‘Colorado’ on our new record, it’s got a chord progression that kind of repeats itself consistently, so if you can learn those three chords you can pretty easily play along. The piano’s are playing some variations of the chords so there is a lot of stuff to dig into, but you can get into it pretty easily.

Patrick: Especially if you like the scrolling type setup that you all have I think ‘Colorado’ is pretty good cause you can get into the rhythm instruments. The guitars and the piano are even falling in the same chord structure, but then the baseline does a really cool moving part to that you can actually follow. So you can progress as you go along.

Start off with a simple acoustic guitar part and when you’ve mastered that try to challenge yourself with the bass part that you could kind of see happening underneath the chords. I think trying something out is really beneficial, especially for that platform.

Sam: ‘Beat the machine’ is another good one, kind of the same deal where it’s like definitely the solid chord structure with a lot of other moving parts going on. It’s like different levels, like a videogame. Especially with Chordify you’d be like okay so I got this part down, let’s level up one more and see if I can do the baseline now. Or something like that.

Great! Those are really good recommendations. Thanks for having us.

No, thank you guys. 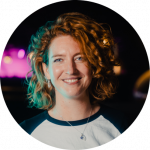 What song is a must for your summer setlist?
Your favorite Christmas song is...