During Take Root festival we had the chance to talk to one of the most interesting guitarists in the lineup. Tyler Ramsey told us all about his vision on playing, different tunings and tips on improving your skills.

Let’s dive into some guitar theory, shall we?

You make use of a lot of alternative tunings, what are your favorites?

My favorites? It changes over time but right now I do a lot of stuff in open G on this new record. That’s DGDGBD. But I’ve also been messing around with taking that low D down and turning it into a C, that’s been kind of fun lately.

I don’t have any songs in it yet. The ones I’m doing in the show right now are in open D. There’s a tuning that I used on The Valley Wind record where the tuning is CGDGCD. 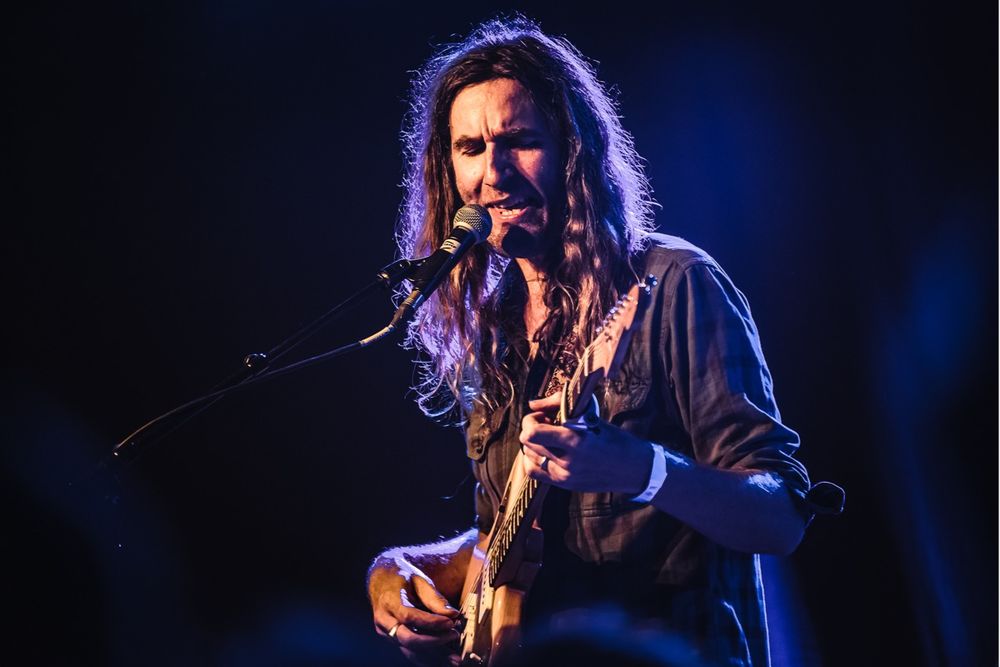 Why did you start using those?

I don’t really know. I think when I was in high school and had my first acoustic guitar I was really into like instrumental guitar music, fingerstyle guitar music. At one point I broke a string off my guitar and my friend tuned down my guitar to something that I could play in, and I really had fun. So, it kind of started from there and I did more and more of that.

Do you have favorite chords or tunings to fall back on when you write your songs?

I tend to get stuck on a pattern sometimes and that’s why I like open tunings so much. They can take you out of your comfort zone. I think I just kind of move around. I figure out where the vocal goes.

Which keys are the best fit for your vocal range?

I don’t really know. It depends on the song really. I’m not really sure what my range is, but I think it depends on whether I feel like I need to push into other registers of my capabilities. I don’t like to sing to low in my range. I like being a little fired up in my own register, but I’m not sure what key that is.

“I had two acoustic guitars and a backpack. That was it.”

You toured Europe by yourself earlier this year, now you have a whole team. What are the adventures of touring alone?

For me, I like solitude quit a lot. That tour was really fun. It was the first time I’d ever done that. I had two acoustic guitars and a backpack. That was it. And I was basically trekking around by myself, taking trains and stuff. But I love being with the band because the shows we do now are wide open.

I can start the show by myself and bring people on the stage as we go on. As the whole band joins me we have all the potential there. It makes it more interesting. But I love solo shows as well. You can do anything you want.

How many hours do you spend practicing on your guitar?

Depends on the day. I don’t have a schedule. I never get into a pattern for too long because I’m either gone for a tour or just coming home from one. I might have tons of work to do at home to keep up where I live. There’s a lot of work out there. Sometimes I play a couple of hours, but a lot of times it’s whenever my daughter will let me pick up my guitar.

“… find something that keeps you inspired.”

If you could give beginning guitarists three tips on how to improve their skills, what would those be?

Just find the kind of music that you like and want to play, and keep pursuing it. I didn’t spend a lot of time learning a lot of other people’s music, note for note. A full approach is what I would recommend, where you get the gist of what others are doing and make it into what you want to do.

I picked up techniques like that a little bit. That’s the way I would pick up things here and there. It’s the best thing if you can find something that keeps you inspired. Then you’re going to get better.

Is there a hack or lesson on the guitar that – after you found out about it – was a gamechanger?

I always find those. There has never been a bit of knowledge where I was like, “oh I finally have it.” I’m still looking for that, I guess. 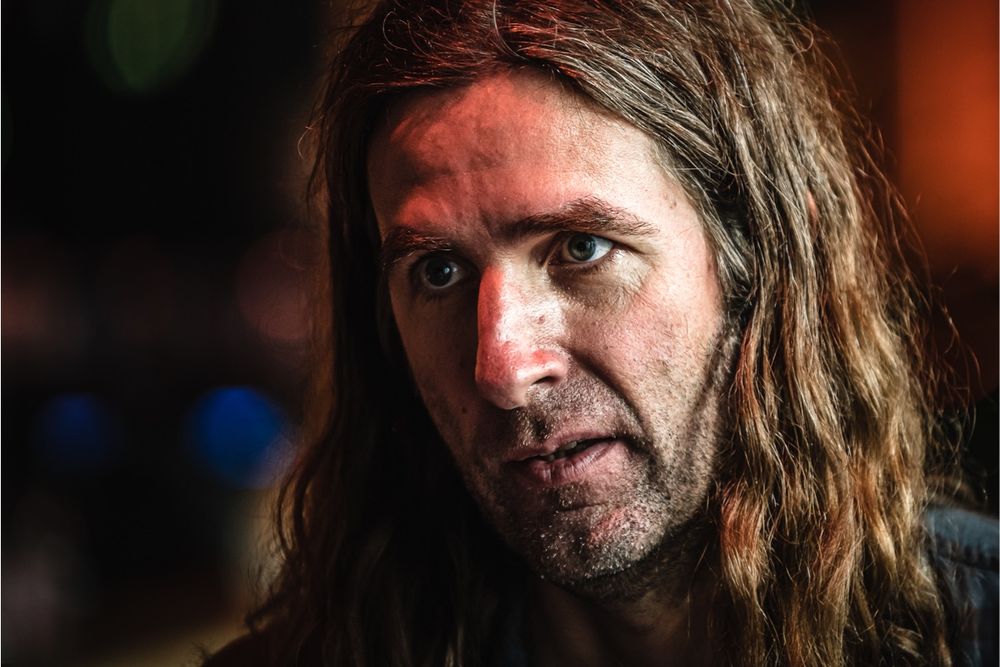 What are three of your songs that we can recommend to our readers to play along with?

“1000 Blackbirds” and “White Coat” are really guitar-oriented songs. Both have different kinds of movements in them. They are in open G tuning, but I think I tuned all the strings a half step down. The first one is in CGDGCD and I use a capo on the second fret.

There’s a cool instrumental track on the new record called “Darkest Clouds.” It’s in open D minor tuning, so all the strings are tuned like DADFAD. It’s an interesting fingerstyle instrumental song, and fun to play. All three songs have typical things that I would do on the guitar.

Let’s finish with a sci-fi question. Imagine you could visit your sixteen-year-old self. What advice would you give yourself?

Man, there’s so much. Don’t be a dumbass. I don’t know. I feel pretty okay with the path I’ve been on, even though it’s not the easiest path. But I don’t know that I would go back and say, “try to change this,” or whatever.

As far as music goes, I kind of feel okay with the way that I’ve progressed. It’s definitely an alternative path. I don’t think I set my sights on something in the distance. I just stumbled through, and I’m still doing that in a way. I would leave it alone, I would go visit someone else, a musical hero or something.