Ireland: home of four-leaf clovers, leprechauns with pots o’ gold and of course the annual Web Summit, one of the biggest tech conferences in the world! Chordify has been selected to participate in the start-up Alpha Program, which means we’ll be getting our own booth to present ourselves to industry big shots and journalists from The Guardian,The Wall Street Journal and Wired. We’re pretty stoked!

So on 3 November, we’re off to Dublin to show the world that everybody can become a musician and of course introduce people to the majestic awesomeness that is Chordify!

We’re all really excited about going to the Web Summit. About 30,000 people from the tech industry are expected to show up at the three day conference this year. This includes reps from tech start-ups from all over the world, Fortune 500 companies and loads of famous speakers. 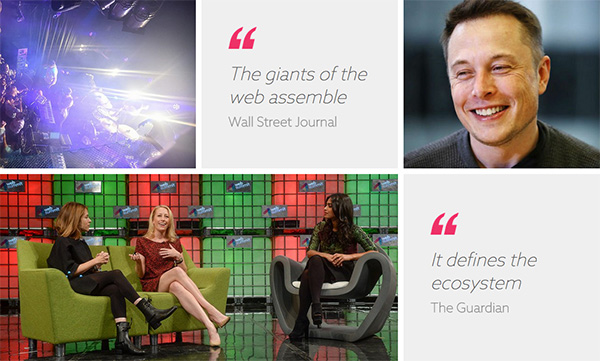 In 2013, none other than Elon Musk spoke at this event and Web Summit has not disappointed this year, with one of the key speakers being Nasir Jones from Queensbridge Venture Partners, an investment company who invested in companies like Dropbox and BitFury, while they were still start-ups. However, you may well know Nasir Jones for an entirely different reason and under an entirely different name: he’s better known as hip-hop artist and producer Nas.

However, we’re not just going to be sitting around listening to the experts, celebrities and key figures, or tagging along on the famous pub crawl. Like we said, we’ve been selected to take part in the ALPHA Program, which means we’re going to have our own exhibition booth on the main conference floor on the third day of the summit. Much like a farmer’s market, only the punters shopping around will be investors and influential media journalists.

We’re hoping that this going to lead to some exciting opportunities for Chordify…but if not, there’s always the pub crawl!