Sharp on guitar and ukulele

By “halftone up” on the guitar or ukulele, we mean going to the next fret toward the bridge. In the case of the guitar:

By “halftone up” on piano — going up to the next key. Note, that it can be a black key or white key (in case there is no black key). For instance, when you increase a C by a halftone, you’ll name it C sharp, as shown in the picture below. Please note that C# equals Db. This special situation is called an enharmonic equivalent. 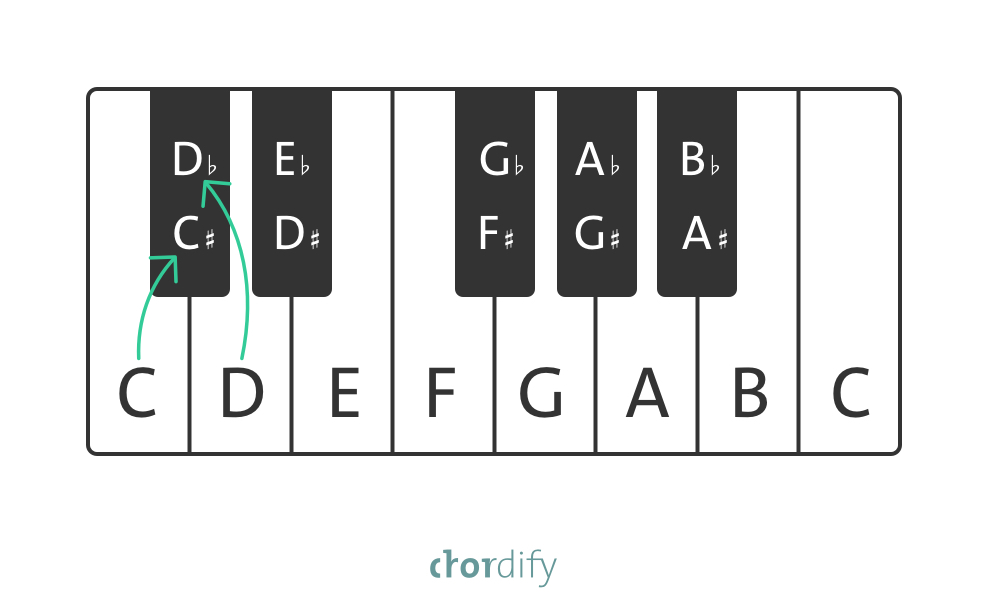 In sheet music, the sharp(s) can appear as a key signature(s), standing next to the clef. Below, you can see an example of sheet music with two sharps. This means that all F and C notes need to be increased by a halftone, becoming F# and C#.

The sharp can also appear in one bar. Take a look at the picture, in the second bar, the sharp appears next to the G note, turning it into a G#. Please note (!) that this sharp refers within this bar to all notes G of all octaves and it works only within the bar where it appeared.

Regarding the picture above, it’s also important to mention that sharps can be a part of a chord name, showing us that the entire chord is played a halftone higher. In the picture, you see the F#m7 chord in the second bar as an example.