Action heroes: larger-than-life tough guys in leather jackets. One’s jumping from one speedboat to another, blasting the waves at full speed, while the other’s stopping a group of terrorists on his own, barefooted. Sounds like they could easily be rock stars. 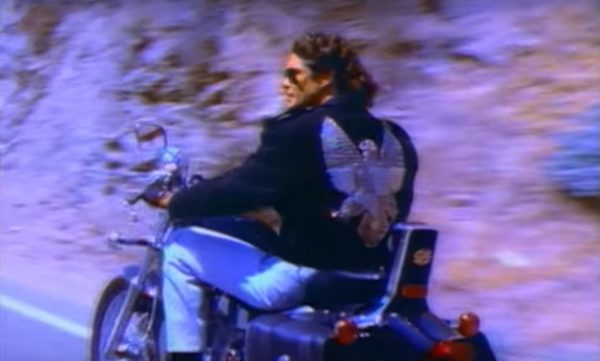 As a matter of fact, some of them actually are. Did you know that David Hasselhoff scored big hits in Germany? And what about Steven Seagal? The man who made aikido big on the silver screen is also a master in blues and country. Like them, there are lots of heroes who rock hard on and off screen. We have listed four of them for you.

Crazy for You – David Hasselhoff

The Hoff, what a guy. Whether he plays Michael Knight or Mitch Buchannon, he does it with flair. Sympathetic and always ready to take on the bad guys, this man can’t help but be a star on stage. He’s not your average rock start though, more of a German schlager master as you can hear on “Crazy for You.”

His biggest hit, however, is “You” – also known as “Du” in Germany. But if you want to surprise your friends with an unknown track by The Hoff, you have to play “Crazy for You” on your guitar, at the campfire. The chord progression is for the advanced beginner. Think it’s too difficult? Try again with the capo on the third fret or just play “Du,” which has a more conventional chord progression.

Under the Boardwalk – Bruce Willis

Mister “Die Hard” himself, Bruce Willis, is not just a badass that shouts “yippee-ki-yay m*thrf*ck*r” really hard before he saves the world. Certainly not. If you think so, you’re missing out on Bruce’s sense of show and humor. Check out “Under the Boardwalk” before judging the man, will you?

If you’re planning on putting a David Hasselhoff song into your jam, it makes sense to follow it up with a real Willis song. “Under the Boardwalk” is written in the key of C. This consists of the notes C, D, E, F, G, A, B. If you look at the chord progression, you see that the song stays with this key throughout.

It’s a bad idea to piss off aikido-master Steven. This guy will break your wrists in the blink of an eye, but what’s new right? Well, you probably didn’t know that Steven has a golden voice and is also an animal when it comes to playing the guitar. In “Girl It’s Alright” he shows off his skills and it suits him well.

The track is written in the key F. The tones that go with this scale are F, G, A, Bb, C, D and E. Those are reflected in the chord progression. The song is a straightforward pop track, but given the many barre chords it is more suitable for the advanced beginner. Do you want to make it easier for yourself? Put the capo function on the fifth fret and see what happens with the chords.

We’re used to Sonny Crockett driving around in convertibles and picking up drug dealers in the harbors of Miami. In “Heartbeat” you see a completely different side of Don Johnson. Instead of a pistol, the action hero is walking around with a film camera, in the middle of New York. The song is raw and poppy at the same time, just like the eighties were.

The track is written in the key of E, which consists of the tones E, F#, G#, A, B, C#, D#. When you look at the chord progression you recognize the scale immediately. Like in the songs before, the barre chords make this song difficult for the beginner. Use the capo function – put it on the fourth fret – to make it easier for yourself. Happy jamming!