Sometimes we are lucky enough to share a room with some of the most talented guitarists in the scene. In this case we met with the guitar legend Cedric Burnside during Take Root festival.

Cedric is known for his unorthodox style of guitar playing. If that’s not enough of a skill, this man has chosen a very particular genre: hill country blues. Which is full of unexpected rhythmic changes, accentuations and melodies. So, once settled backstage we start firing questions at him. Which he answers with a big smile on his face.

How many shows do you have to play?

Wow, that’s a lot. Do you practice when you’re on tour?

I do. Sometimes I pull out the guitar, and you know, go over some songs or work on some new stuff.

So do you record while you’re practicing?

I do, I keep my iPhone with me at all times man. 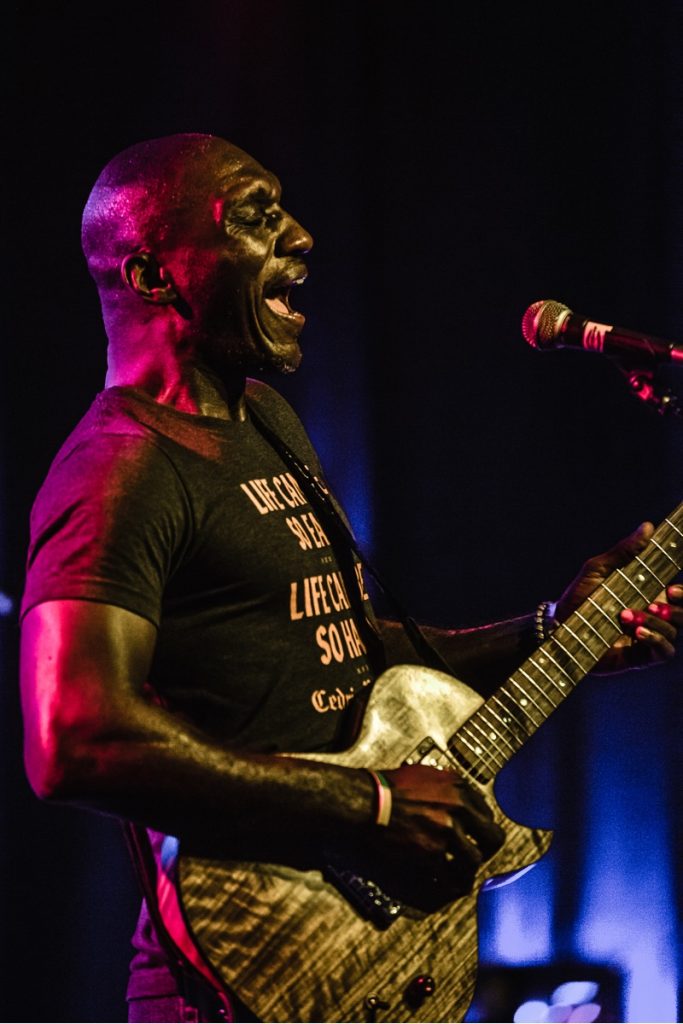 And when you go back home, do you have a home studio or something?

Have you ever listened to some old sketches you recorded, and were like: “Oh wow, they all made it on the record.”?

Yeah I do that a lot. Especially with old phones that I have. I’ve got about three or four phones, and I got music just about on all of them. Some of them are about six, seven, eight years old. Now and then I go through them and I’m like, oh man I remember this! It might be in like 2012 or 2013 or whatever, you know.

And I’ve read that your first instrument were the drums, how did that reflect on your guitar playing?

I guess you can say my guitar playing is a bit percussive, you know, because of the drums. I love to keep the beat with my thumb. And now that I’ve got the hang of the guitar I’m keeping the thumb going with the style of music that I play: hill country blues.

“drums definitely contribute to my guitar playing a lot.”

It has a lot of weird rhythms, right?

[lauging] Yeah I was just going to say that man. It’s so unorthodox, so I had to learn how to keep that beat with it. So yeah, drums definitely contribute to my guitar playing a lot.

Do you have some favorite chords or keys you like to fall back on while writing?

I would say yeah, but I don’t know their names. I just know how to play them. I never learned how to read music or anything. I just totally play by a feeling.

Awesome. So do you have some songs that we could recommend to our readers who are just learning how to play the guitar?

I would say the easiest without the crazy unorthodox rhythms is “Please call me baby” which is kind off a straight forward song: not many changes, maybe one. It is pretty basic all the way through and kind of simple. For the most part the rest of them are pretty unorthodox. 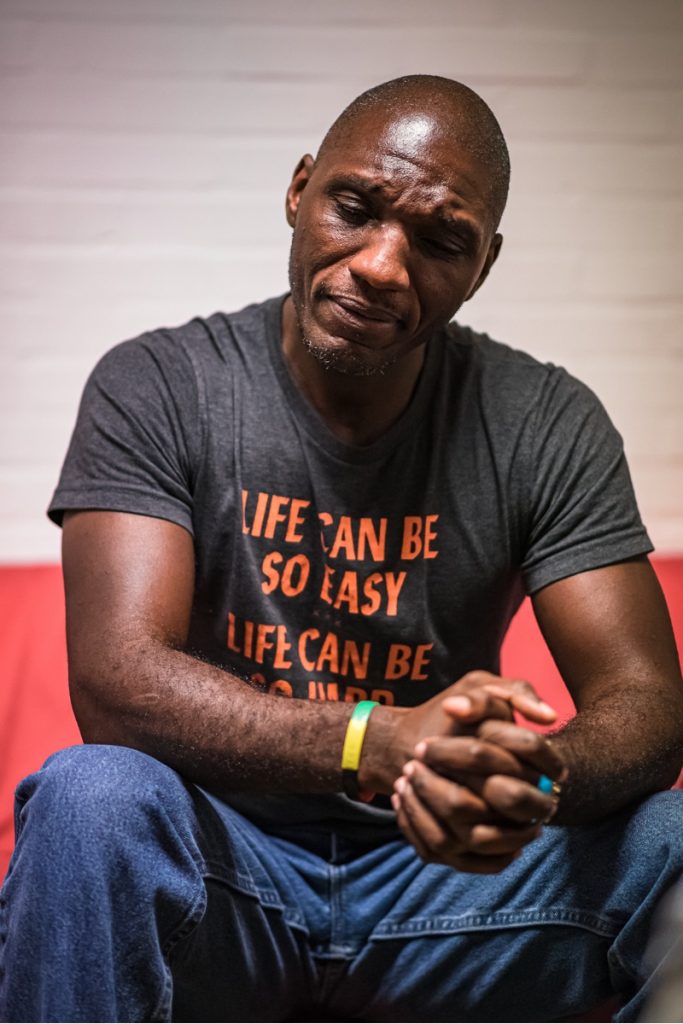 What are important skills that you had to learn first as a guitarist?

Well, when I started to play guitar a good friend of mine, Luther Dickinson from North Mississippi Allstars gave me my first guitar. I told him I was trying to learn how to play. He showed me one little riff which I added to what I was doing myself.

I would say that whatever you learn first, it’s all in the practice. If you learn one little chord first, you just play that chord until you get tired of playing it. When you get tired you get some rest and play it some more. That’s pretty much all I did. Sometimes my fingers got very sore.

“I would say that whatever you learn first, it’s all in the practice.”

How many hours a day do you spend playing guitar?

I would say at least three hours a day, sometimes more. I would just pick up the guitar to go over some songs that I want to add to the setlist or play something new. And she [points to his wife beside him] loves my music but sometimes she’s like, “Can you just take a break?”

Do you have routines you use while playing?

No, I don’t really have any routines. All the songs that I play in my set, I know them in my mind. So I don’t use a setlist or anything like that. I never play the songs to much in order all the time. I switch them up every now and then.

How about a few tips for beginning musicians?

I can definitely say that if guitar, or whatever instrument you want to play, if that’s what you want, you’ve got to give it your all. Quitting is not an option. You have to stick with it and watch it pay off for you, even when it’s hard.

That’s great advice. Thanks Cedric, and have fun on stage!

Lilly Hiatt: ‘Everyone has their own learning style, so just find what suits you best’ 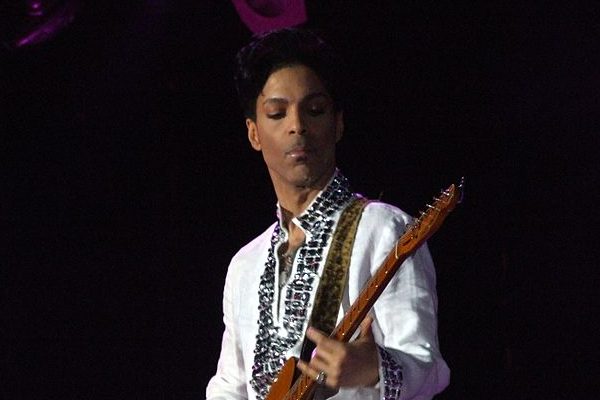