After months of work, we’re finally launching our brand new Chordify iOS app, during the Reeperbahn Music Festival in Hamburg, Germany this week. Co-founder Bas de Haas will be presenting it during the festival’s NEXT conference, in all its splendor and shining glory. If you’re an Apple fanboy, now would be the time to download it in a rabid frenzy!

We won’t be able to live-stream the NEXT keynote, so you’ll just have to imagine Bas wearing a black turtleneck in front of a roaring crowd, as he presents the new app with a live demo, and talks about future plans for world domination, as well as our recently launched Chordify Now Embedded Player. Also imagine terms like “revolutionary” and “game changing” thrown around casually, with lots of cheering and applause. 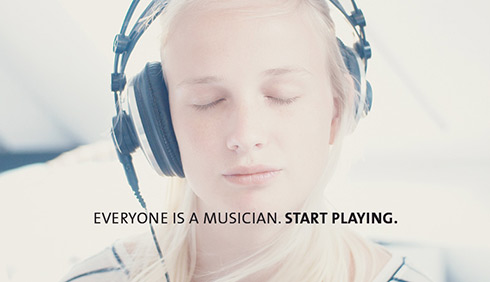 Overactive editorial imagination aside, the Reeperbahn Festival is actually one of the biggest music showcase festivals in Europe, so we couldn’t be happier to launch our app there and enjoy some very talented bands in the process. So, for those of us not fortunate to be in Hamburg to witness this magnificent event, here’s a description of our app, in true Apple style:   Our shiny brand new app. Design redefined. What’s truly revolutionary about our new app, is that not much has changed. It’s just as easy to use as the web version, with the same basic features you know and love.

Seamlessly integrated. Seriously effortlessly. Both the web version and mobile version communicate with each other as if they were albino twins with psychic powers. You chordify or favorite a song in one, it shows up in the other, and vice versa. Search the YouTube and SoundCloud catalogues, as well as the 4.5 million songs already chordified by good people just like you. 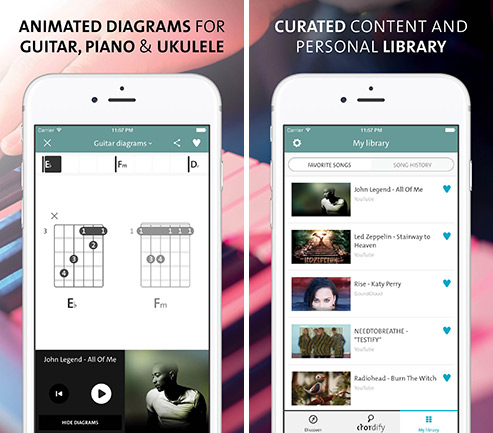 Animated chord diagrams. Revolution reanimated. When you change the game, you change the rules. When you’re unsure how to play a certain chord, you switch to the animated chord diagram view. You can easily switch between chords and chord diagrams, for guitar, piano, ukulele and ‘80s synthesizers. Try it. Love it. The Reeperbahn Festival Now that we’ve covered the app stuff, let’s move on to some cool music. The Netherlands is this year’s focus-country for the festival, and Chordify is part of a Dutch delegation of companies and musicians, like De Staat, Bombay and Blaudzun. 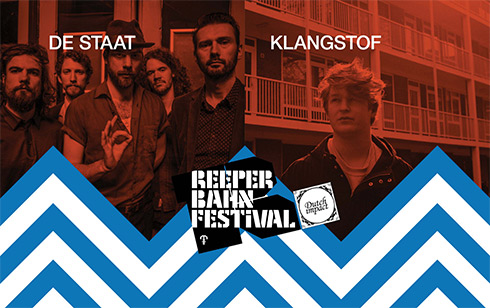 Some of the acts may sound familiar, like Black Oak (check out our recent interview with them), and Klangstof, who performed on our stage during Eurosonic. We also did an IDK session with Rats on Rafts you should definitely check out. 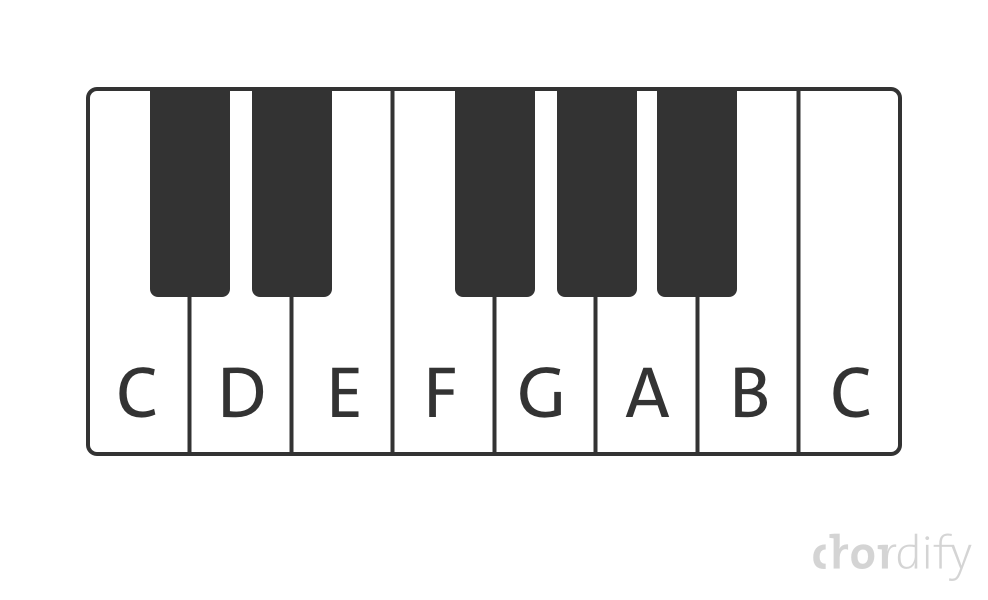 How to read a piano chord diagram