Chordify releases a new technology that enables guitars to play on their own. The Chordify algorithm is now training to be able to play music fully automatic. This way live music is going to be available for everyone and it is a great solution for anyone who doesn’t have the time to practice for hours. The release of Guitarmation AI is scheduled for the end of the year. In the meantime, sign up as a beta tester and stay tuned. 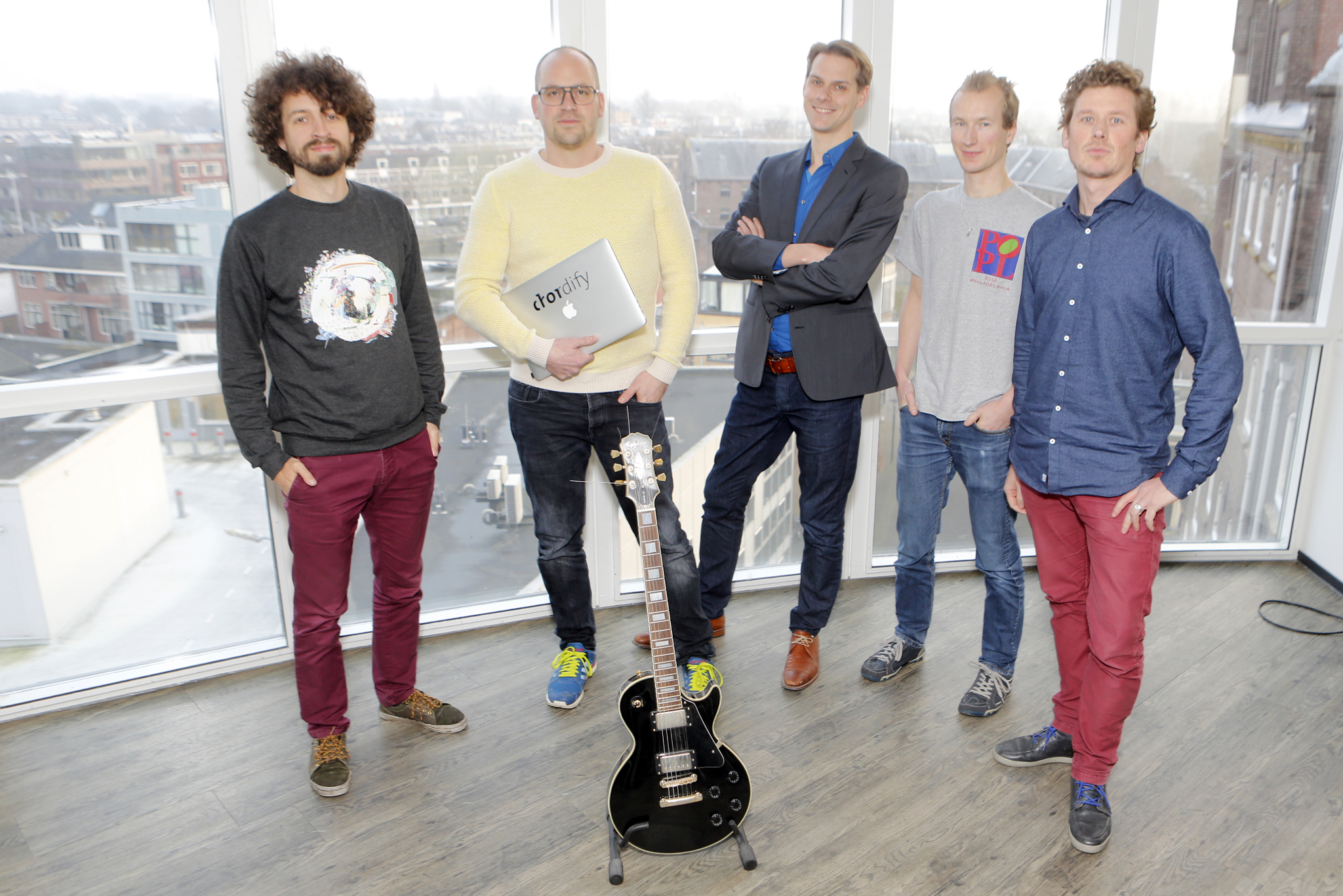 The new Guitarmation AI technology enables every guitar to reach its full potential, without being dependent on the skills of the guitarist. The name Guitarmation AI is a contraction of “guitar” and “automation.” The existing technology behind Chordify automatically generates the chords for each song based on real-time music recognition. Self-playing pianos have been around for more than a hundred years, so the step to the self-playing guitar was an obvious one.

Free live music for everyone

For years, Chordify worked on the self-playing guitar. The company hopes that this innovation provides guitarists worldwide with an extra creative impulse. Not all cafe owners have room in their budget to pay a fair price to musicians. Moreover not every guitarist has the time to practice everyday. CEO Bas de Haas is pleased that they can finally let out the news about Guitarmation.

“When we started Chordify we never thought the technology could be applied this way, but after just a few brainstorm sessions it became clear that this was a realistic possibility. At Chordify we are always looking for ways to work on technological innovations at the cutting edge of artificial intelligence and music. At the moment we are talking to partners in music education and the entertainment industry.” Says Bas de Haas, CEO Chordify.

Head of research Jonathan Driedger trained the AI ​​for years to perfect the automatic guitar. Traditionally, an AI contains only the brains, but Chordify pushed it ​​one step further to also mimic the physical aspects of natural strumming of the strings.

Driedger stresses that guitarists do not have to be afraid that they will be replaced by an algorithm. “Of course we don’t want to make the real guitarist superfluous. Guitarmation is purely intended as an addition to what is already possible. For example, you no longer have to cancel a performance if the guitarist is sick, but Guitarmation can also mean a lot as an extra band member. “

How does it work?

Guitarmation AI sends a signal to the selected guitar via the Chordify app. Bluetooth, magnets and power shocks make sure the correct tones are played, real time and fully automatic. André Dodde, editor in chief at the trade magazine Musicmaker, saw the beta version and is amazed: “Guitarmation is the future. It’s that simple.’

For the time being, the technology is only available for electric guitars with steel strings. In the future, Chordify wants to make programmable solo styles available alongside chords. Playing together gets a whole new dimension.

With a simple update of the Chordify app, the Guitarmation AI innovation will soon be available for everyone. It is expected that it will be released at the end of the year. Until then, a beta version is available. For those who are interested, you can register as a beta tester via this form.