Black Sea Dahu almost made us cry during Eurosonic. Yeah, we are kind of sensitive by nature, but the particular vibe and melancholic melodies of this Swiss act, kicked us right in the feelz. After their live session in our IDK x Chordify studio on the Vismarkt, we spoke with front girl Janine Cathrein.

Wow, you just nailed that live session. Do you rehearse a lot with Black Sea Dahu wehn you are on the road?

Actually no. We are on tour all the time. We have been on the road for more than a year now. When we actually rehearse, it’s because we have a new bass player or we have to create a special set. Other than that, we don’t rehearse, we just don’t have the time.

Do you practice on your own?

In the band room yes. But we don’t even have stuff there anymore. We just pay to store some amps that we don’t use. Once every three months, we’re there to say “hi, we’re back and want to play here for two days” and that’s it.

Touring for almost a year is a long time. What is the most fun part of being on the road?

Playing for so many people is really amazing. But being on tour so long is also very hard. You don’t see your other friends anymore. We’re in the car all the time. It’s really hard to say where home is anymore.

Sometimes you see eyes and faces in the audience, and they remind you why you’re doing it. The music touches them and I know how they feel because I sometimes feel the same way when I stand in the crowd. To some of them, it means the most in the world. I do it for them.

Do you have favorite chords or keys you like to fall back on when you’re writing a song?

I saw you used the capo for “Rhizome”. Do you use this tool often?

Yeah I do. Sometimes I use it in a weird way. Instead of covering all the strings I just put the capo on four or five strings. This way, I can use the lowest strings for a bassline. It’s fun to experiment with this thing. I couldn’t live without the capo.

So if you could name a favorite piece of gear would it be the capo?

Yes that would be definitely the capo. 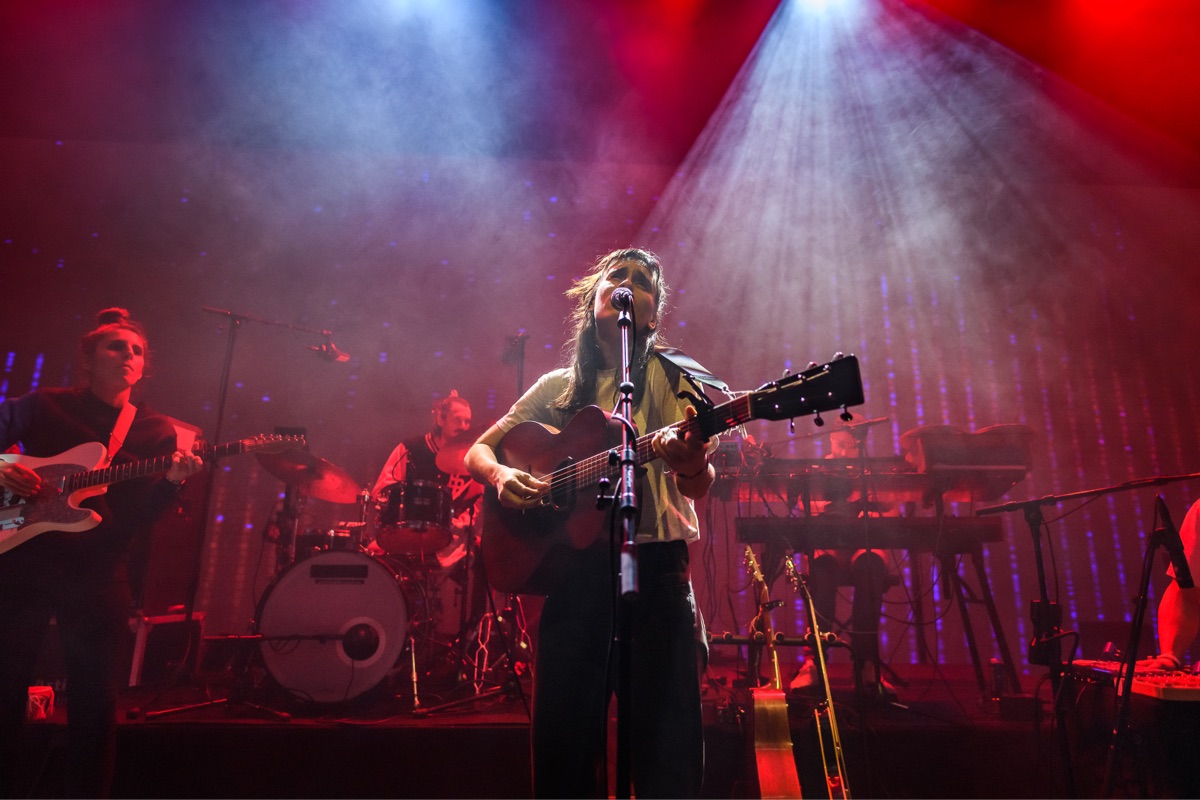 Do you have some advice for beginning musicians?

Yeah sure. Just play all the songs that you like. Look for the chords of those songs on the internet and play along. That’s the best way to learn, and it’s also the best way to stay motivated. There’s nothing more fun than being able to play a song you love.

Can you recommend one of your songs our readers could jam to?

I think probably “My Dear” is a good song for beginners. It is easy to learn because it’s written in standard tuning. The chords are easy as well. The structure of the song is really easy: verse, chorus, verse, chorus. We actually have a Black Sea Dahu songbook where you can find all the chords and lyrics.

Thanks Janine! Have fun at Eurosonic.

Back in Black all week long - Black Friday baby!
Eddie Vedder on tour, what to expect?