ChordsGuitarguitar chordsLilly HiattTake Root festival
What did you think of this article?👍 👎You already voted!
Like this article?

During Take Root festival we had the chance to talk to Lilly Hiatt. This artist entered the music industry on the day she was born. Her tracks are honest and to the point, her sound is crisp and her stage presence never disappoints.

We talked about her favorite gear, songs she would like to share with our readers and her use of the capo. And she shared how building up calluses turned out to be a game changer for her guitar playing.

It’s going great. This is our first show in Holland and I can’t wait to get on stage and play.

How many shows do you have on average?

Well we play a lot, but this tour over here is kind of short. We have two in the Netherlands and four in England.

And then you go back to the US?

Yes, after these four it’s back to the USA.

Do you practice when you’re on tour?

No. I think we mostly get our practice done while playing, but when we have some spare time we pick up our guitars and play around. We prefer to be playing.

Cool, and how much time do you spend on playing guitar on your own?

Do you have any favorite routines?

I just kind of go with the flow. It’s a day by day thing.

Which piece of gear do you like most when you’re on tour?

Oooh, does that include guitars?

No, except the guitar.

Okay good, ‘cause that would make it harder. I use a Princeton amp. That’s what I enjoy most. It sounds great with my Rickenbacker and it’s a great size for me. Not too heavy, but big enough to have some power.

What are the two golden lessons that you’ve learned while playing on stage?

I’ve learned that I have to read the room. It’s important to know what kind of show you give the audience. And I’ve learned that, you know, some shows are better than others. It’s a job, so that’s okay.

I mean, yes, it’s a really fun job and it is my greatest love at the same time. I’m passionate about my work, luckily, but it’s a job and I have to remind myself of that when I’m doing it. It’s a lot of fun but sometimes it can be really hard, and that’s fine. It’s adult life for anyone.

Do you have any favorite keys or chords you like to fall back on while writing your songs?

I often use the capo. I have a lot of songs that are with the capo on the first fret, starting in G chord or D chord. I don’t even know what that translates to off the top of my head, I feel like B flat or something. But no, I don’t have any favorites really, I get into different ones at different times. 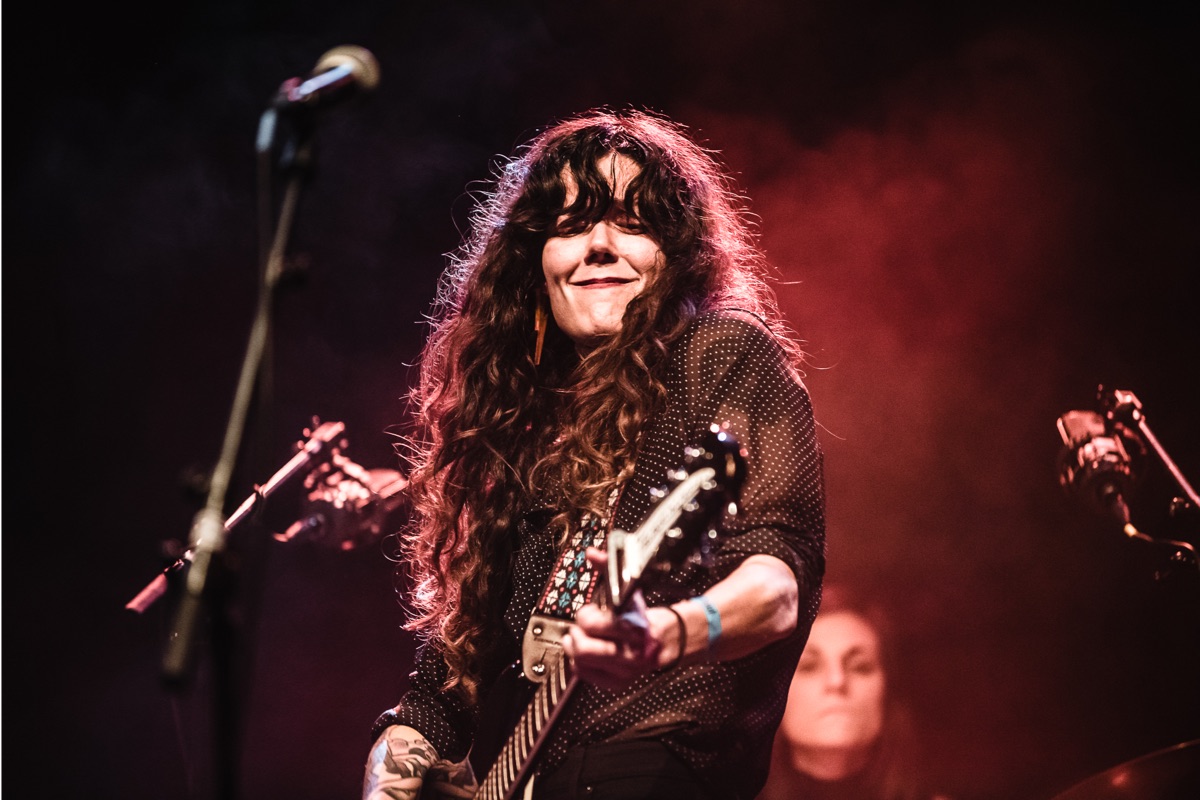 Do you use alternative tunings?

No, not really. I’ve tried. I’ve played around with that before and it’s fun, but then I’m always back at normal tuning when I’m writing stuff. But maybe one day, I don’t know.

So Chordify is a platform where you can find the chords to any song. Have you heard of it?

No. But this is amazing. It’s something I would use, ‘cause I’m trying to learn new songs a lot. Like when I’m sitting around the house and I’m sick of writing and singing my own stuff. It’s fun to figure out the chords of something else that’s not your own.

If we would recommend three of your songs to our readers, which three would that be?

I would say “The Night David Bowie Died” would be a fun one, “Get This Right” is a fun one and “Trinity Lane.” Just because I play them every night and it feels fun to play them. You could take them in a few different directions and there are some power chords if you want to.

If you could give beginning guitarists three pieces of advice to improve their skills, what would those be?

Number one: don’t give up. Number two: you don’t have to take lessons to be good. Number three: everyone has their own learning style, so just find what suits you best and stick with that. Trust it and you’ll be fine.

Was there a technique, theory or skill that blew your mind and turned out to be a game changer for the way you play the guitar?

I wish I could say yes, but no. Building calluses on my fingers is what blew my mind really ‘cause it enabled me to do a lot more. I don’t have any great technical tricks. But you know, a clip-on tuner is always really handy, I’d say that.

What’s your biggest fail on stage

I don’t know. There is not a specific incident on stage that I look at that way. But I feel like when I’m on stage and I’m not connecting with the crowd, then I’m failing. If that’s not happening it feels like a fail.

Thanks for having us Lilly!