It only has three strings and looks pretty darn awesome. A little while ago, Loog Guitars launched a very successful Kickstarter campaign for a series of ultimate beginner’s guitars, along with an app. And because we’re passionate about design, tech and music, we decided to talk to founder Rafael Atijas and share his story with you guys and gals. 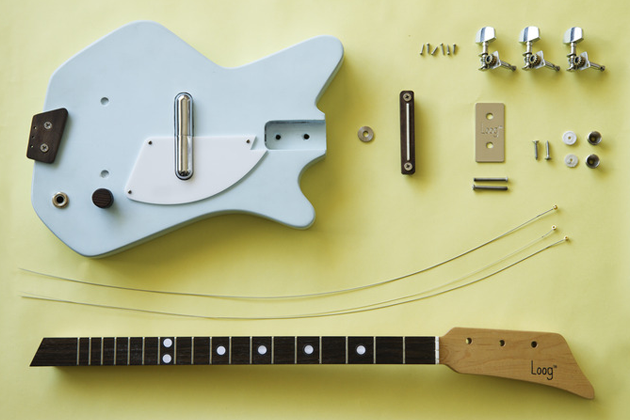 What was the initial idea behind Loog Guitars?

We wanted to design something that was as easy to use as possible. Every little thing, every part of the design, is aimed at making it fun and easy to use for kids. For us, that didn’t mean adding things, that meant taking things away,

For our first guitars, you had to assemble everything yourself, because we thought putting it together also made kids feel more attached to it. It’s easier to keep on playing something if you’ve built it yourself. But that turned out to be a little too difficult, so now our guitars are shipped fully assembled.

Because it’s the bare minimum you need to play chords and songs. I play bass guitar and I wanted to learn to play guitar when I was a kid. I played in a cover band with friends, so I practiced on my friend’s guitar during band rehearsals. The only problem, I’m left handed and that meant playing upside down on my friend’s guitar.

So when I started learning to play chords, I also had to play them upside down and for some chords, that’s just totally impossible to do. What I did was, I took the three basic notes that make up a chord, and tried to find an easier way to play it. I guess that way of learning to play guitar also inspired me when I was designing the Loog. 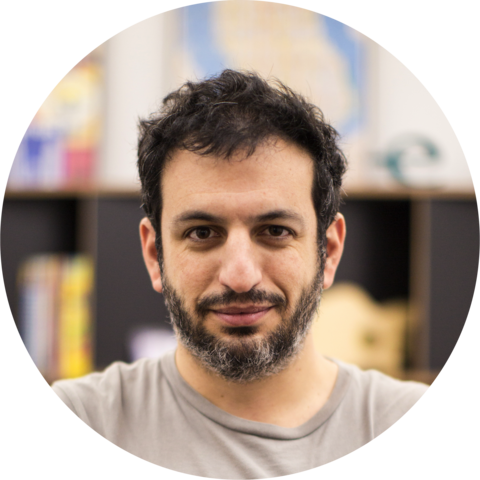 Correct! It’s funny, because we did the first campaign back in 2011, when Kickstarter wasn’t as popular as it is today and there were no million dollar projects yet. I think our first campaign was actually the most expensive product on there at the time. We were pretty successful and got almost $70,000 in funding.

We wanted to build an electric version of the guitar as well, which is why we started our second campaign in 2013. And just a few months ago, we had our third campaign, which was our most successful one by far.

What kind of guitar models do you have?

Our first model was an acoustic with classical guitar strings. We released our first electric guitar in 2013 and thanks to our latest campaign, we now have the Loog Mini and the Loog Pro. The Pro is basically an update of the electric guitar and it sounds really good. The Mini is about the size of a ukulele, but it almost sounds like a flamenco guitar, which is really coo

And now also an app.

We stayed away from doing an app for quite a long time actually, because we wanted to really focus on the instrument and turning kids away from looking at a screen. But then we realized that, if our goal is making learning to play a guitar fun, we also needed an app, with lessons, videos and things like that. And now that we’re actually working on the app, we’re really excited about it.

There’s a big game component to make it a lot of fun. For example with the tuning feature, it’s not just the measuring tool. There’s a friendly monster telling kids how to tune the strings and we hope that this interactive component makes it a lot more fun for kids to learn.

Before the end of this year, we will be adding Loog guitar chord diagrams to Chordify, so Loog users can play along with all the songs they love. Want us to notify you via email the moment they’re live?

Super Mario vs Teo on the ukulele, a personal story
School of rock — principles to improve your rock ’n’…