Buying a good instrument is never cheap. Most mortals will pay extra for better sound, excellent craftsmanship, fine materials or just a really cool design. But for those lucky few with oodles of dosh, you can also pay eye-watering amounts, depending on who made, owned or even vandalized the instrument.

Of course many of you will know how incredibly expensive a good violin is and be familiar with the name of famous violin maker Antonio Stradivari. When you compile a list like this, you’ll most likely end up with 5 different violins by this guy. However, we wanted to add some diversity, so without further ado, here are 5 of the most exorbitantly priced instruments bought by people with more money than talent.

Most guitar players will be familiar with Martin guitars. The company has been around since the 1830s and is widely known for the excellent sound and quality of its acoustic guitars. This one was owned by country & western music legend Roy Rogers and sold in 2009 for a whopping $554,500 at a Christie’s auction. Remember that song “Tumbling Tumbleweeds” (you will if you’ve seen The Big Lebowski)? That’s Roy Rogers.

Another fun fact for all you movie buffs. The guitar being smashed in The Hateful Eight was a Martin too, a 145 years old and worth at least $44,000. The prop guy forgot to replace it before the scene. Whoops… 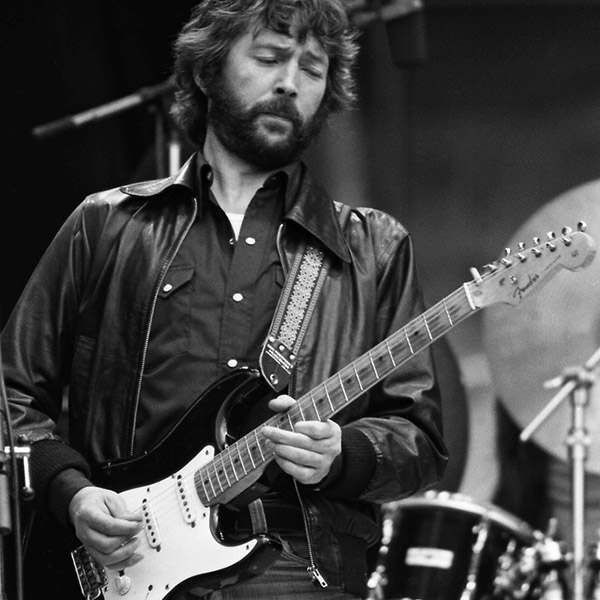 Clapton is not really creative when it comes to coming up with names for his guitars. Case in point: his first Fender was called Brownie. This one is inspirationally called Blackie and he played on it almost exclusively during live shows between 1974 and 1985. Clapton sold his precious strat in 2004 for $959,500, setting the world record for most expensive guitar ever sold.

Blackie is actually made from three guitars. Clapton bought six 1950s Stratocasters in a guitar shop in Tennessee for 200 bucks each, gave three away to famous guitar buddies Pete Townshend, Steve Winwood and George Harrison, and used the best pieces of the remaining three guitars to create the Frankenstein monster called Blackie. 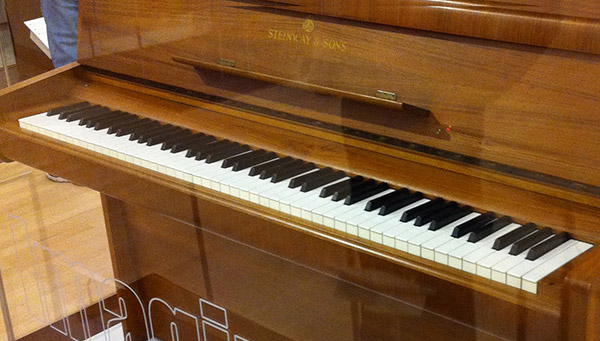 Imagine a piano with cigarette burns selling for more than $2 million. Now imagine John Lennon sitting behind it, casually writing the song Imagine on a sunny morning in 1971 in his New York apartment. That’s this piano right here. George Michael bought it in 2009.

This cello was made by none other than Stradivari himself and named after Jean-Louis Duport, who played it around 1800. There are some dents in it, but that’s quite an interesting story: Duport played for the famous historical character, Napoleon Bonaparte. The little general even asked Dupont if he could try playing a tune on the instrument himself. The dents caused by that awkward display of manhandling are Napoleon’s and that’s part of the reason why it was sold in 2007 for $20 million. 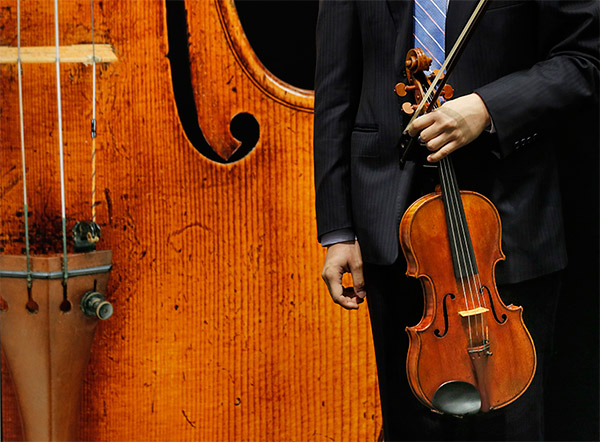 And finally, the numero uno most ridiculously expensive instrument: the Stradivari Viola, sold for a whopping $45 million. There are ten of these babies left in the world and this one is the best preserved of all of them, made of course by Antonio Stradivari.

To give you a little bit of historical context: Stradivari (1644–1737) made violins, violas, cellos and harps and is generally considered to be the greatest artisan ever in the field of instrument making. His skills were unsurpassed and instruments made by him still sound better today than anything else ever made (when preserved by good craftsmen of course), even though they’re usually more than 300 years old.

As many of you are no doubt aware, the viola is considered the “dunce” of the orchestral string section and jokes are continuously being made at the viola players’ expense. However, it looks like they’re getting the last laugh here! 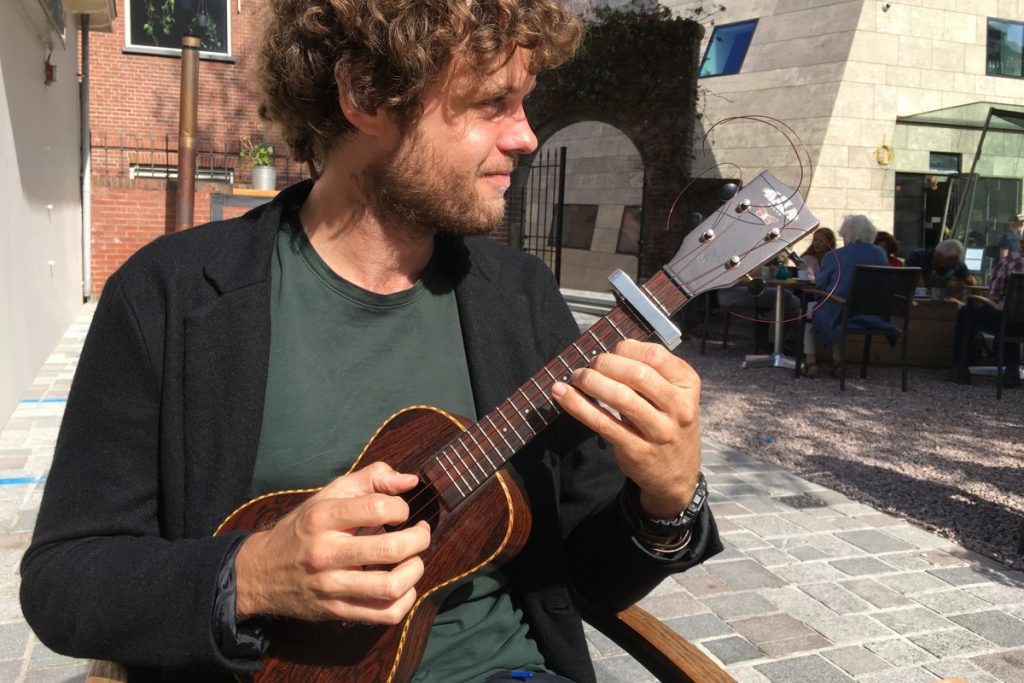 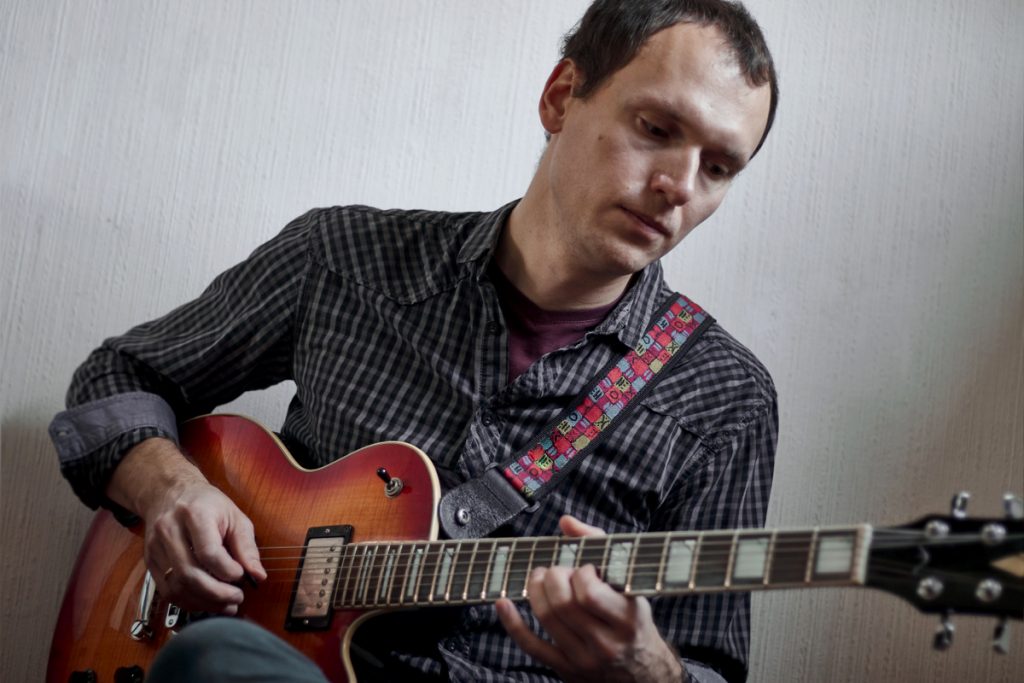