This month it’s time to rock out with your sock out! Oh yes dear readers, everyone’s a rockstar deep down and we would like you all to find that part and embrace it. Because it’s Rocktober. Here’s what you can expect.

Rocktober is all about jamming. Do you know what all rockstars have in common? They’ve mastered their instrument by playing till their fingers bleed. We don’t want to push you that far, but it’s definitely time to awaken your inner rockstar! 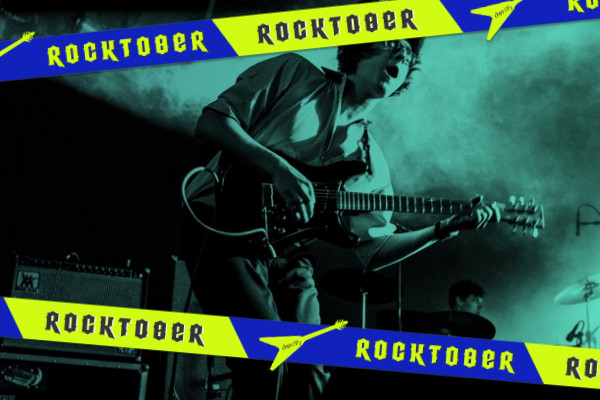 So, how do you do that? By playing along with our Rocktober Channel of course. We made this list of awesome tracks especially for rockers. Those that just can’t wait another minute before bursting out in song and start moshing through their living room. You may think that’s not you, but it actually is.

Can you feel the lightning strike in your heart? Do you want to start with some old-school classics and play along with “Back In Black” by AC/DC or check out the chords of “Smoke On The Water” by Deep Purple? Sure you do! But that’s not all. We’ve covered the old stuff, but we most definitely got some new stuff too. How about playing along with “Take What You Want” by Ozzy Osbourne and Post Malone?

In the end, you decide which tracks excite you the most. This month is all about exploring the boundaries of your technique, your taste, and of course your skills. We want you to keep improving every aspect of your game. That’s why you earn a Rocktober Badge when you practice the songs in our Rocktober Channel.

How do you get your hands on one of these awesome pieces of art (specially designed by our art division)? Create an account on Chordify; open the Rocktober Channel (full of tracks that will make you want to head bang as if you just arrived at a Slayer concert); start playing till the neighbors complain. 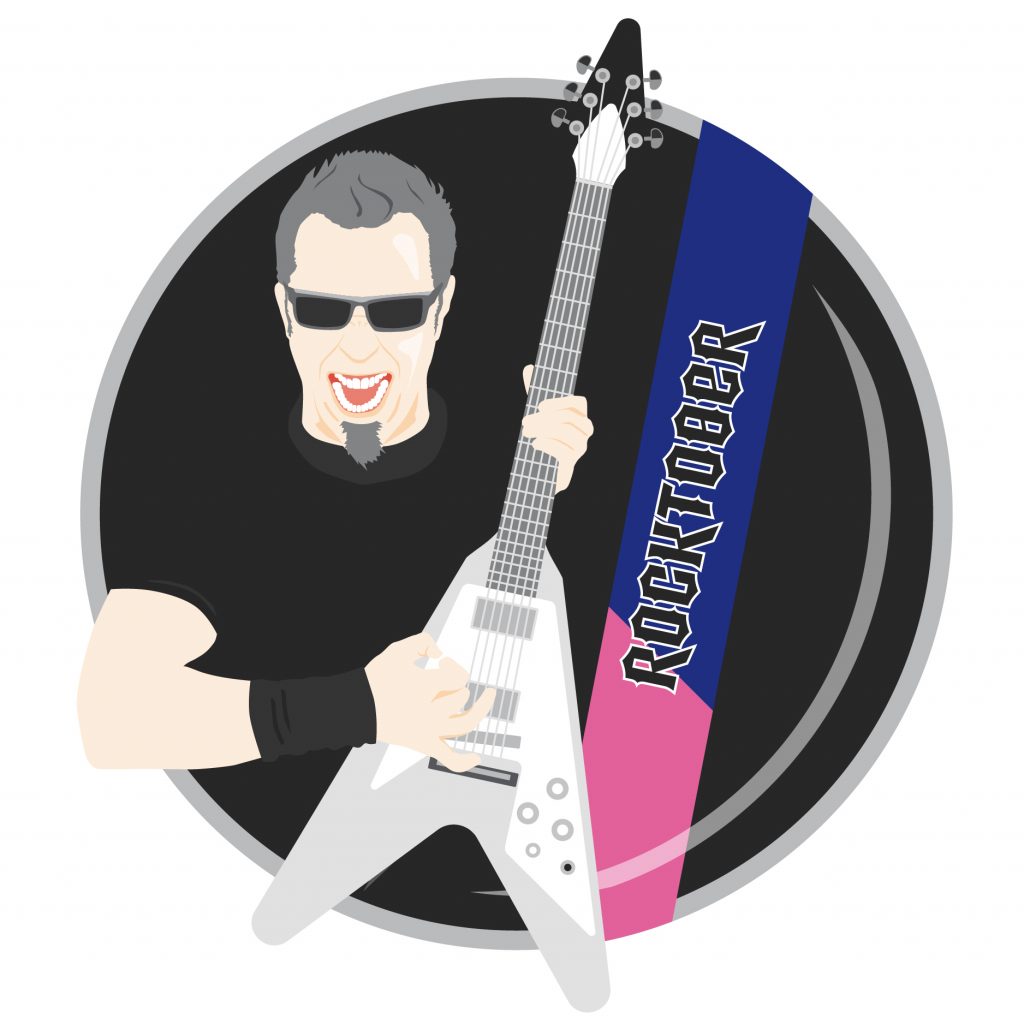 Why is the Rocktober Channel different from the rest of the channels? For starters, you’ll find a lot of tracks that use a specific harmony which we call: the power chord. That does sound exciting, doesn’t it? If you want to know how to play a power chord, check out our blogpost about it.

Here’s the short explanation. A power chord is not a chord, but a harmony between the root note and the fifth. Which are backed up by an octave to create rock ‘n’ roll fireworks. The result is simple: a very powerfully sounding root chord. Check out our blogpost on how to play barre chords and get an insight on how to unlock the guitar neck.

One of the biggest problems of practicing is staying motivated. We all start out with the best intentions, but we also know that the road to hell is paved with good intentions. Which, in musical terms, could also be a good thing if you’re a metalhead or a rocker, right? So let’s use those good intentions and turn them into a highway. Next stop: Shred City.

The secret to motivation is routine. When you build up routine, it’s pretty hard to break it. Just think of those peanut butter and jelly sandwiches or that pint of Ben & Jerry’s when it just hasn’t been your day. Well, that’s routine 101 for you.

Motivation doesn’t last, but it gets you started. If you want to become a rock star, here’s what you’re going to do this Rocktober. First of all, make a deal with yourself that you’ll practice at least five minutes a day. “But that’s nothing!” Yup, you’re right and that is kind of the point. Five minutes is one song from the Rocktober Channel.

If you can keep this up you’ll see four things happening. One: You’ll probably play longer than five minutes a day – but that isn’t the challenge, don’t forget that! Two: Your setlist will increase with every jam. Three: Your skills will start going through the roof. Four: You earn a Rocktober Badge without even thinking about it.

How to build up routine

But there’s one more benefit to this five minutes a day practice challenge. Once Rocktober is over you will see the benefits of creating a routine. The chances you will keep on practicing at least five minutes a day – yes that is 35 minutes a week which turns into 1,820 minutes a year – are pretty big.

What are you waiting for? Grab your guitar, tune it with KARANG, open up the Rocktober channel, turn on your stopwatch and start filling up those minutes with sweet rock ‘n roll tunes. Thank us later if you like. Have a good one and happy jamming!