Hi there, ukulele champ! Welcome to “Songs explained.” The series where we take a deep dive into tracks that are popular in our Chordify community. On our menu this time is “Everything I Wanted” by Billie Eilish. With its four ukulele chords this track might seem simple, while in fact it challenges you to explore the many possibilities this chord progression has to offer. Let’s get started!

Looking for “Everything I Wanted” on another instrument? Check out our blog posts for this song for guitar and piano.

This article is for all skill levels. It doesn’t matter if you’re a beginner, an intermediate, or a more advanced (pro) player. If you want to learn “Everything I wanted” by Billie Eilish, we’ve got you covered with all the guidance you need. From sheet music, tabs and chords, to background information about the track. All you need to do right now is grab your uke and get ready for some serious jamming.

Let’s start with the song structure of “Everything I Wanted.” In the figure below, you can see the different parts that together form the song. In general, the track is based on a cycle of three chords: Dmaj7, E and C#m. To get a better understanding of the song, we’ve deconstructed it and divided it into these parts: intro, interlude, verse, chorus. Check it out.

Feeling a bit overwhelmed by the structure? Don’t be. Like we said: this song is based on a cycle of three chords, Dmaj7, E, C#m. Actually, many of the parts of the song are based on repetitions of that cycle.

“Why divide the song in so many different parts when the chord progression is practically the same for all of them?” you might ask. It’s simple, doing this helps us not to get lost, and it provides us with a better understanding of why at certain moments a C#m chord becomes a C#7 chord. All this will help you in the end to navigate easily through the song when you add the lyrics.

Another reason is that all parts sound a bit different due to variations in singing and playing styles. For instance, at the end of each interlude, Eilish sings very intimately. Furthermore, in the second interlude, she sings accompanied only by piano and at the end she even whispers.

Before we get too technical, we’ll start off with splitting you up in skill levels. This way, you will get the most out of the song without getting bored or frustrated. But, feel free to check out all skill levels for a better understanding of the song. Enjoy!

If you’re just starting out on your ukulele and you’re willing to play “Everything I Wanted” by Billie Eilish, then the beginner level is for you! Let’s take a closer look at the chords that make this track so powerful. It’s good to know that two of the three chords in this song are triads. We assume that you already know how to play basic major and minor triads on your uke. They’re basically the familiar basic ukulele chords. Since you’re a beginner, we took the liberty to simplify the original chords and replace them with common triads; without losing the soul of the track of course. This resulted in the following chord progression: D, E, C#m and C# for the chorus. Check out the chord diagrams below.

Intro, interlude and verse of ‘Everything I Wanted’

Knowing the ukulele chords is one thing, but playing along is another. For that you need some guidelines. Remember that this song is built up from different cycles? Well, here they come. The chord progression shown below is the cycle that repeats over and over again when you play the intro, the verses and the interludes.

We’ve got to stay sharp, just like the C. Remember that we mentioned the C#m changing into a C#? Take a look at the figure above. As you can see, this happens in the third line of the chorus. Now grab your ukulele and play these simple triads. If you want to get closer to the sound of the original, you’ll need to play all the notes of the triad at the same time. So, give the strings a good ring.

Congratulations! Now you know how to play “Everything I Wanted” by Billie Eilish on your ukulele. We gave you all the tools a beginner needs. Well, not all. Below, you’ll find the entire song with chords and lyrics. This way you can play along without scrolling up and down to the different parts that we explained. Enjoy!

Welcome, intermediate player! So, you want to try and play the chords of “Everything I Wanted” exactly as they sound in the song? Awesome, let’s make that happen. All you need to do is master the Dmaj7, the D, the C#7, the C#m, and the E chord.

Of course, it’s a bit more difficult to approach the “real” sound of the song on your ukulele. But still, you can try by playing the ukulele chords as shown below. Tip: Before you start, check out the video tutorial of how to play them in the intro, verse and interlude.

Intro, interlude and verse of ‘Everything I Wanted’

This is the cycle that is repeated over and over in the intro, verse and interlude. The first verse starts with these lyrics: “I had a dream, I got everything I wanted…” You can recognize the next verse by the lyrics: “I tried to scream…”

How does it feel? Tackling one of the most popular songs of Grammy winner Billie Eilish. Good, right? Before we leave you to it, we have one more gift. Below, you can see the whole song with all the chords and lyrics. Have fun playing! If you’re hungry for more, just check out the pro level for all the melodies.

Hi there, pro player! Eager to learn how to play “Everything I Wanted” as if you were Billie Eilish? Good, let’s play the ukulele chords together with the melody, just like on the track. First, let us show you this background melody, which — just like the chord progression — is repeated over and over again during the song. 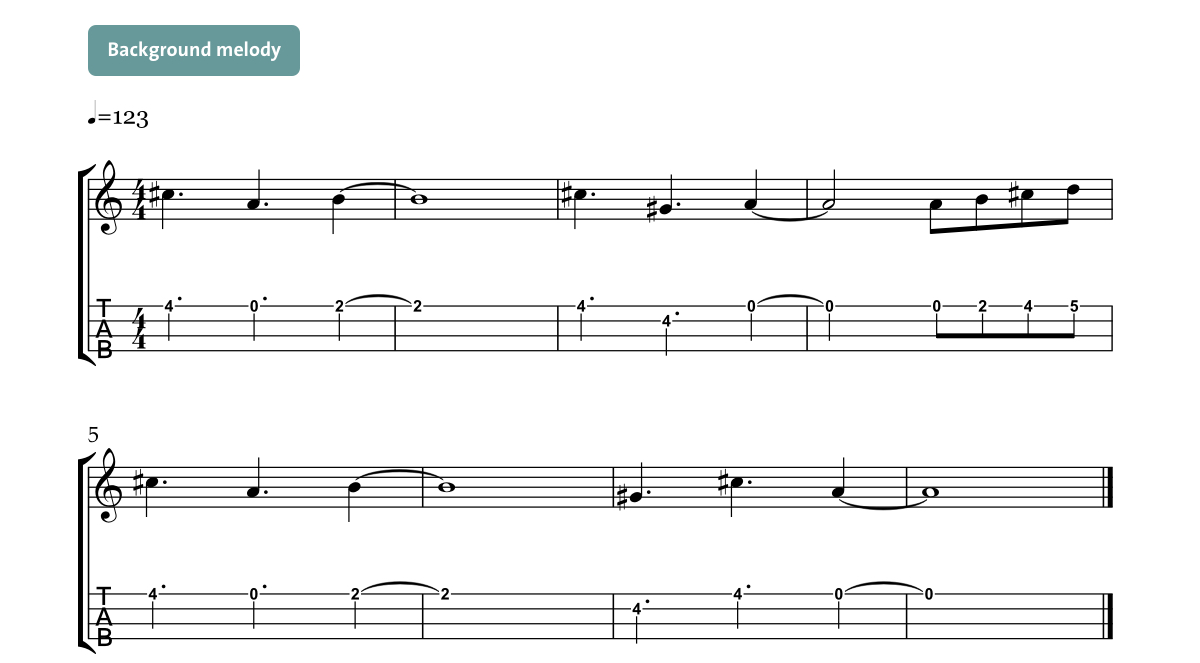 Have you mastered the melody? Nice, that’s the first part of the challenge. The second step is combining this melody with the chords (check out the chord diagrams in the intermediate level). Are you ready to play the whole thing? Let’s go! Here are the notes and tabs for the intro, verse and interlude.

How did it go with the intro, verse and interlude part? It’s tougher than you think, right? Still, it sounds amazing on your ukulele once you hit the right strings. Let’s carry on with the chorus. Once you’ve mastered this one, you’ll get the outro part as a bonus, because the chorus and the outro have the same chord progression.

Here comes your favorite part. Yup, it’s time to dive into some music theory! As you can see, every cycle of the song starts and ends with a D major chord. To be more precise, with a D major seventh chord. It makes sense to think that this is the main chord of the song, and therefore that it’s written in the key of D.

This is where you can apply the enharmonic equivalent for E#, which is F. Then, the scale will look like this: C#, D, F, F#, G#, A, B, C#. And, as you can see, it differs only by one note from the A major scale: it has an F instead of an E note. Is your head already hurting from this information overload?

Nerd alert! If you are interested in finding out how Billie’s brother Finneas O’Connell produced this track, we might have a little insight. If you couldn’t care less, just stop reading and start jamming…

Finneas is known for using Logic Pro for his productions. And the grand piano samples that you hear in the song come from the plug-in package “Komplete Kontrol S88” by Native Instruments.

During live performances, we’ve seen the producer use the Nord Stage 2 HA88 stage keyboard to replicate the sound of the recording. The pulsing sound that you hear during the track is called a sidechain compressor. It’s a tool used a lot in house and techno songs. If you’re into this stuff, feel free to try out some of these production techniques.

Enjoy and, as always, happy jamming!

By Kirill Dumchenko and Teo Lazarov.