Tokyo Tapes is the first live album of the German band Scorpions. This album, recorded in April 1978, is the official recognition of the rockers as a force to be reckoned with in the hard rock universe. Behind the recordings lies a moving story of five boys from Hanover who see their dreams come true. 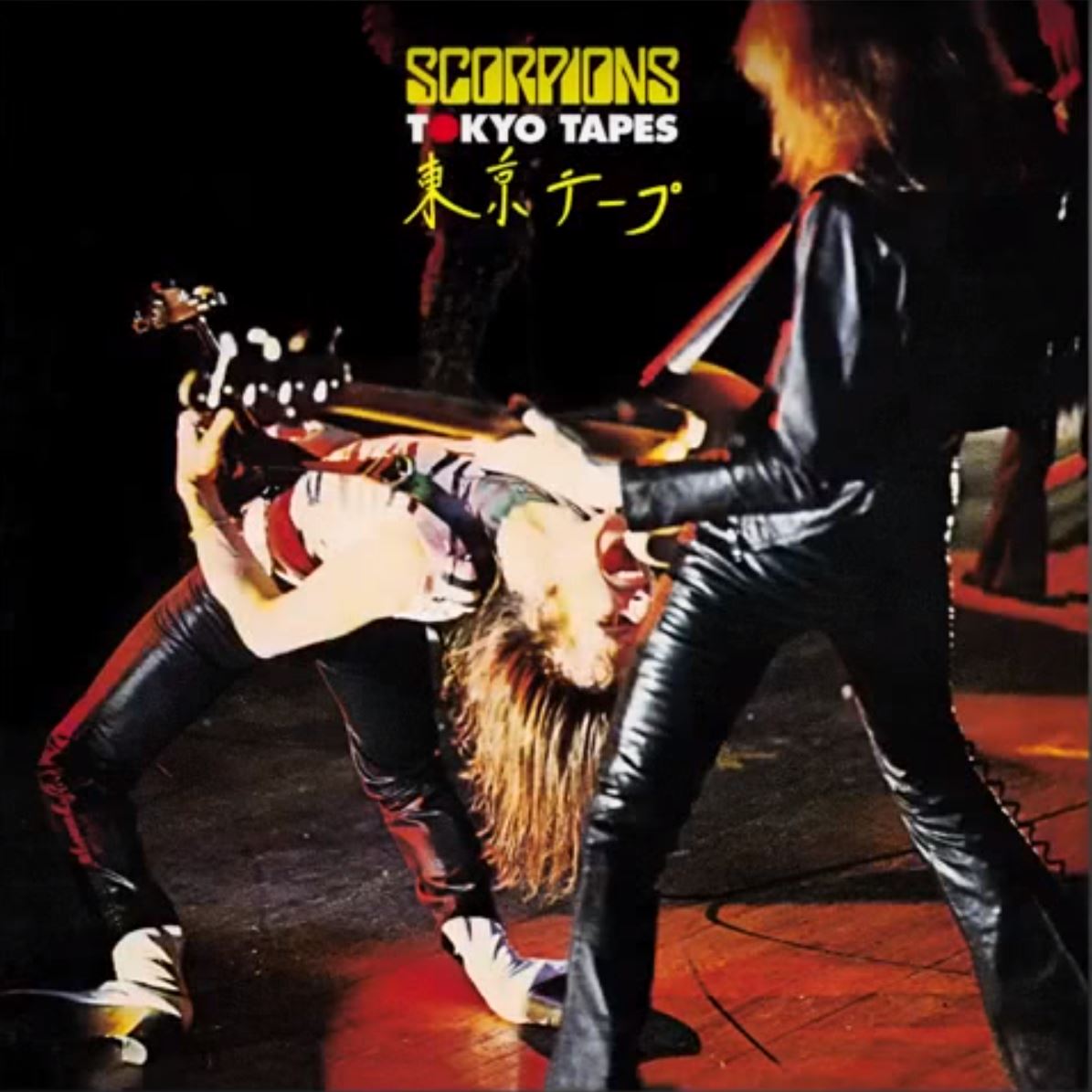 Anyone who does their best can achieve anything. With this motto in mind, guitarist Rudolf Schenker founded the band Nameless in 1965. This is the very beginning of what later will become one of the most successful hard rock bands in the world. The international acceptance to the hard rock family takes place thirteen years later in Nakano Sun Plaza, Tokyo.

In 1966 Schenker dreams of conquering the world with his music. In addition to a good sound, this also requires a short, concise and catchy name. Something universal that conveys the hard rock message: Scorpions. Although the guitarist is already a rockstar in his head, Schenker must first make sure that his own city Hanover knows his band. He works hard and manages to organize performances in venues. First in Hanover and later throughout Germany. Since Scorpions is one of the first bands on German soil to play American rock ‘n roll and hard rock, the act conquers their native club circuit in a few years’ time. After that the rockers head off to Europe.

Hardrock Made in Germany

German rock fans finally have an act they can be proud of. The sound of Scorpions doesn’t detract from the big bands of those days, like Deep Purple, Black Sabbath and Rainbow. It’s downright hard rock Made in Germany. https://youtu.be/6yP1tcy9a10 Despite the band’s success in Europe, they have to work harder and harder to gain international fame. Their record company RCA publishes their records in minimum quantities. Schenker calls the label time after time to ask if his band’s albums can appear on the record shelves in cities where Scorpions are playing.

Despite the limited distribution of the band’s albums, fans in Japan are able to get their hands on the first five records. Scorpions thus acquires a fixed fan base in the land of the rising sun. The rockers from Hanover find out how big this fan club actually is when they receive the invitation to play in Tokyo. The idea of a live album gradually emerges when the men realize that a boy’s dream might really come true. “People sometimes say ‘Big in Japan’. That’s really the dream of course,” says singer Klaus Meine in a documentary about the album.

In the spring of 1978 the dream comes true and singer Klaus Meine, guitarist Rudolf Schenker, drummer Herman Rarebell, bassist Francis Buchholz and solo player Uli Jon Roth fly to Tokyo. This is the first time that singer Meine has ever boarded a plane. For Roth, the tour to Tokyo is the last time he plays with the band – except for later reunion concerts of course. https://youtu.be/FnLgsQF9B2I Little do they know that this trip to Japan will result in a double album that will take the band to a whole new level. Even though the rockers taste the first hint of stardom when they land in Tokyo. In the middle of the night, the rockers are greeted by a limousine that takes them to the hotel. At the airport thousands of fans are waiting to welcome the Germans as heroes.

The Tokyo Tapes LP is a compilation of two of the three concerts that Scorpions play in a sold-out Nakano Sun Plaza. “It was one of the most bizarre experiences ever. Before the first performance it was all so quiet. I asked the promotor if the venue was really sold out,” recalls Schenker. “He took me with him and let me take a look from behind the scenes. The plaza was completely full and everyone waited in silence for us to come up.” When the band rushes to the stage the show breaks loose and everyone goes completely wild. For reasons of safety, the public should not be standing during the performance. A few months before the Scorpions’ show, six people were crushed to death during a Rainbow concert and the authorities therefore forbid dancing and jumping during events of this kind. “During our show no one could stop the crowd.”

During the soundcheck just before the first performance in the Nakano Sun Plaza, singer Meine whispers a melody in the ear of guitarist Roth. It is the Japanese song “Kojo No Tsuki”. Immediately Roth picks up the vibe and on the spot the band jams a perfect Scorpions version of the track. Later that evening the song is a hit. https://youtu.be/FugqhQRiwpU “It all sounds like I’m fluent in Japanese, but I had quite a bit of trouble getting the intonation and pronunciation right,” says Meine in an interview. “I did get a tape with the song from the Japanese fan club, but we were touring and I didn’t have time to learn it by heart.” When he confesses to his wife that he intends to read the text of a piece of paper on stage, she forces Meine to go through the song with her on a daily basis during cooking. “Through these kitchen sessions you can still wake me up in the middle of the night and I know the lyrics word for word.”

The release of Tokyo Tapes in January 1979 on the USA market signals the international recognition of Scorpions. The double LP sounds so awesome, that America almost feels passed by the German rockers. “We were included in the international hard rock family in a heartbeat. Tokyo Tapes is the end of a chapter and the beginning of our global success,” says Rudolf Schenker. 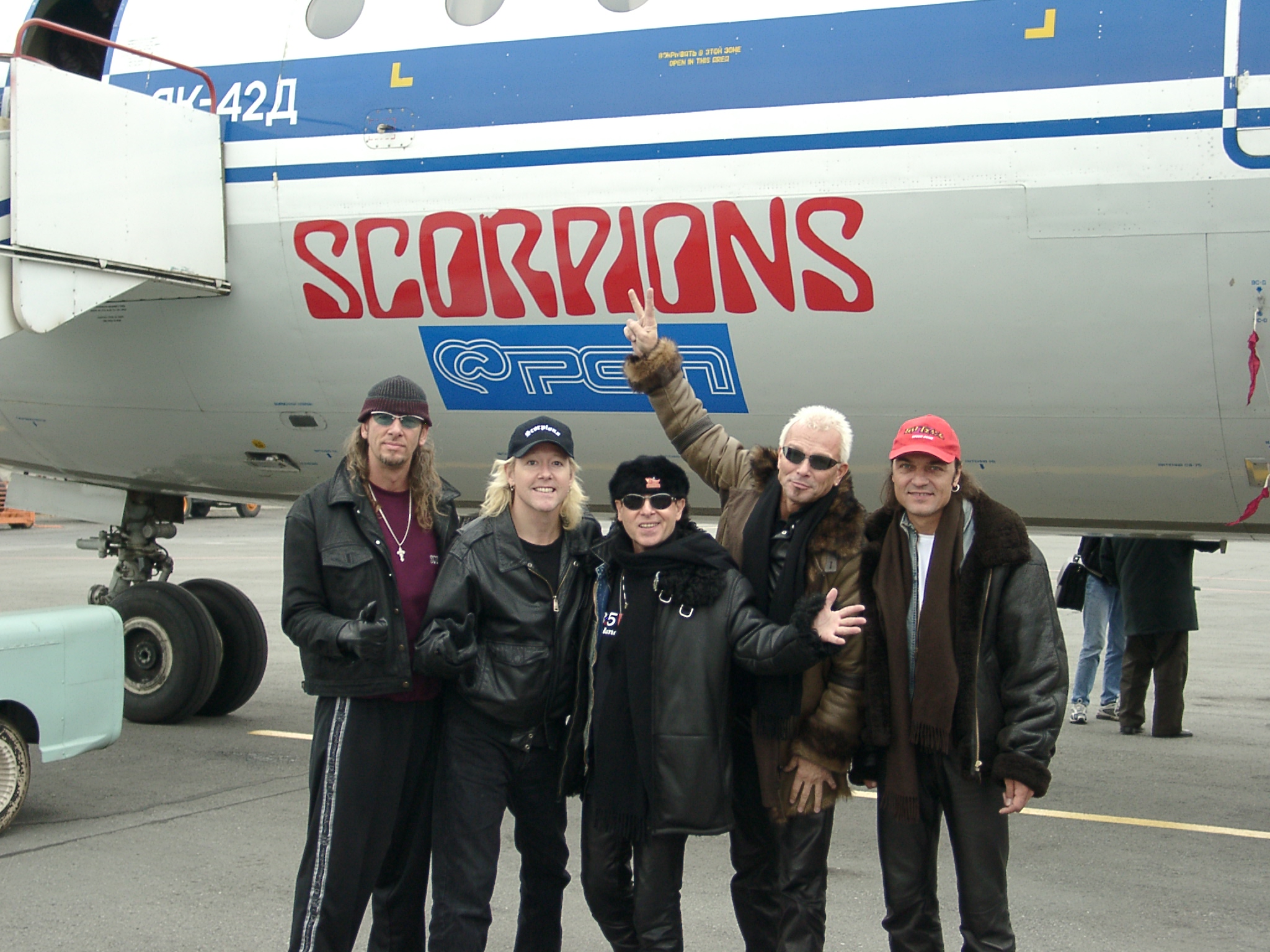 Uli Jon Roth leaves the band after the adventure in Tokyo. No quarrels, no hard feelings, just the need to do other things. Matthias Jabs succeeds him. “Klaus had persuaded me to go to Tokyo,” says Roth. “I didn’t want to, but because we are such good friends, I did it. My only regret is that I didn’t do the USA tour before quitting the band. But you can’t have it all. Everything happens for one reason right.”

Chord progression of the month: I-V-vi-IV
Celebrate music this month! Jam to the guitar chords…