Zuco 103 has been around for twenty years. In 1999, the band was one of the first to make “Brazilectro,” a mixture of funky grooves, jazzy Brazilian influences and a healthy dose of electro. Two decades ago, we thought it was weird. Now, we think it’s genius. We talked about their music with frontwoman Lílian Vieira during Eurosonic. 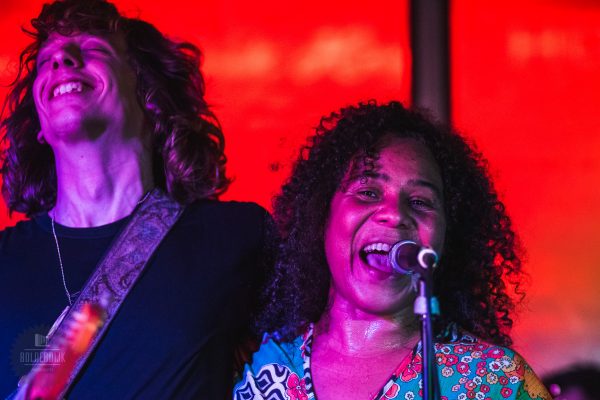 After an amazing show at our Gado-Gado Party, we stopped Lílian Vieira as she was walking off stage. We asked if she would like to talk about the G major, Zuco 103, and Barry White. “Oh yes, I would!”

What a great show! Thanks for that.

“Thanks. It’s funny. We started 20 years ago. In those days, people thought our music was weird. The mixture of drum ‘n’ bass, Brazilian music, and funk, no one understood that at the time. Because of that, we didn’t get any gigs, and couldn’t work.

“The change came when one of our songs landed in the Billboard Charts. That was the moment when programmers in the Netherlands started booking us. It felt really weird at the time. Now, after so many years, it looks like people are finally starting to understand our music. Better than they initially did, anyway.”

Music has evolved naturally through electronics and the same goes for the people that listen to it.

“Our collogues used to take offense to the way we incorporate electronics. They looked down on us. We saw it as an extra instrument, and we still do. A new layer that is added to your sound. Moreover, nowadays you can do everything digitally. That’s awesome.” 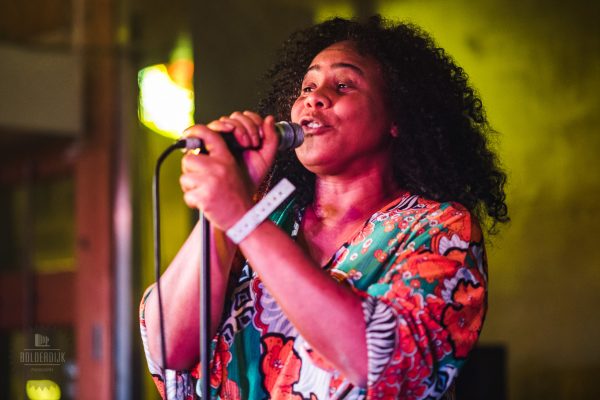 We spoke with Thomas Azier earlier. He told us that he created Stray, his new album, entirely on a laptop.

“Yes, it’s awesome what you can do nowadays. Back then, we had to work really hard to get the right sound in a studio. Our first record was released in 1999 and there’s a lot of electronics on it. That was probably the reason we got labeled as ‘lounge.’ We were quite pissed about that.”

Did you do something about that?

“The record that we released after that had a clearer role for the instruments. Of course, we used a lot of electronics as well, we never stopped with that. But it is characteristic of us that we kept pushing the boundaries of analog and electronic music.”

Do you think the music industry has changed in the last two decades?

“You have to do way more yourself these days. And, possibilities have also increased a lot. Look at how many talented people have entered the scene. It goes both ways of course.

“On the one hand, it’s easier to release and promote your own music. On the other hand, competition has increased as well. So, all in all, I think the music industry has become a tougher place. But it’s great that we have become more independent as artists.”

That’s crucial: you’re independent, which means you have to work even harder.

“That’s right. But you have to keep in mind that the reward for all that hard work is only for yourself in the end. You don’t have to share it with managers and record labels.” 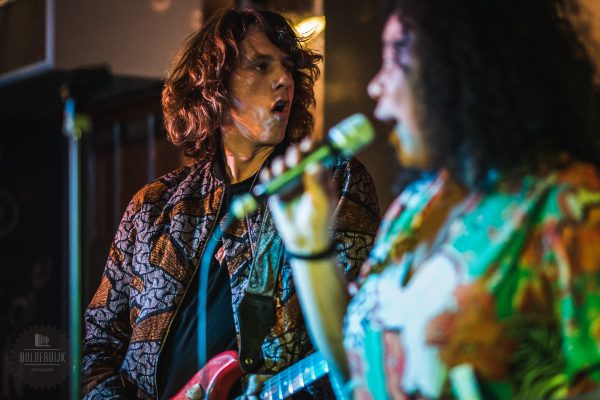 What can we expect from Zuco 103 this year?

“It’s our 20th anniversary, so we’re looking at the past as well as the future. We are working on a new record and we will also release an ‘in-between’ album, on which you can hear previously unreleased tracks.

“Those are all songs from a long time ago and the best thing is that they sound even cooler now than when we first heard them. So that’s it. We’re keeping busy.”

Do you have favorite chords or keys from which songs normally arise?

Short and to the point. And how about musical guilty pleasures?

“Well, sometimes you can hear Barry White from my speakers. I shouldn’t say that too loud, maybe someone will hear me.”

No, your secret is safe with me. Thanks for a nice conversation and see you next time!