A little over a year ago, Dutch DJ Hardwell announced he would use blockchain technology to sell his own songs via his own website, and manage the rights at the same time. That is, for just one song. The last edition of the Eurosonic Noorderslag conference featured multiple sessions dedicated to blockchain technology.

But what is it, blockchain technology? And how can it help artists?

The blockchain is commonly referred to as “the technology behind bitcoin” and that is about right. Even shorter: the blockchain is the protocol that enables you to trust bitcoin.

An important role in that protocol is played by the miners. Miners collect bitcoin transactions, combine them into blocks and attempt to link that block to the existing blockchain. The way they do that is by calculating a so-called hash for that block. That is a cryptographic puzzle that can only be solved by trial and error (if you’re interested: read more about the technicalities here). The hash of the last block in the chain is an input for the next block, hence the chain. When a block is successfully mined and connected to the chain, all other miners stop their efforts and start working on a new block.

For bitcoin, it takes ten minutes on average to mine a block. (If that time span shortens, for instance because more powerful computers have entered the network, the difficulty of the puzzle is automatically adjusted upwards.) If someone wanted to change something in the second before last block, she would not only have to re-calculate that block, but the following two blocks as well. If she has as much processing power as the entire bitcoin network, that would take her 40 minutes.

But in those 40 minutes, four new blocks would have been mined by the network, so she would experience an ever-increasing backlog.This inefficiency is what creates the trustworthiness of the blockchain. Spread across the world, thousands of computers are working to solve the puzzle that only one can win, once every ten minutes. All the other computers have spent their energy in vain. That is why it is unfeasible to tamper with the blockchain, and that makes it trustworthy.

The best part of this technology? No company owns the blockchain, it is open source. As long as the internet keeps working, bitcoin will continue to work, worldwide. In effect, no one can turn bitcoin off, but everyone can use it and trust that their bitcoin transactions are handled correctly by the network.

Once your money has become digital, you can easily program it. That is what people try to do with smart contracts. Smart contracts are scripts or (tiny) programs, that define the conditions of a (set of) transaction(s). Like the contract you might have with your publisher, but then in the form of software. Super easy. Alternatives to bitcoin, like ethereum, have specialized in blockchains that support those kinds of smart contracts worldwide.

What are the benefits of  blockchain technology?

How would an artist benefit from blockchain technology? For one: it would be very welcome to have a way to uniformly register rights. It is beneficial when rights are properly documented—many legal battles have been fought (in the past, and present) about music rights. The blockchain could be the ideal notary: extremely trustworthy, transparent and not bound by country borders or jurisdiction.

Get rid of all the complicated constructions

Due to its digital form and connection with the internet, the smart contract could solve a lot of challenges regarding online plays. This could help the artist to get rid of all the work associated with negotiating national and international contracts. On the whole this new technology might simplify certain services or even make them superfluous. 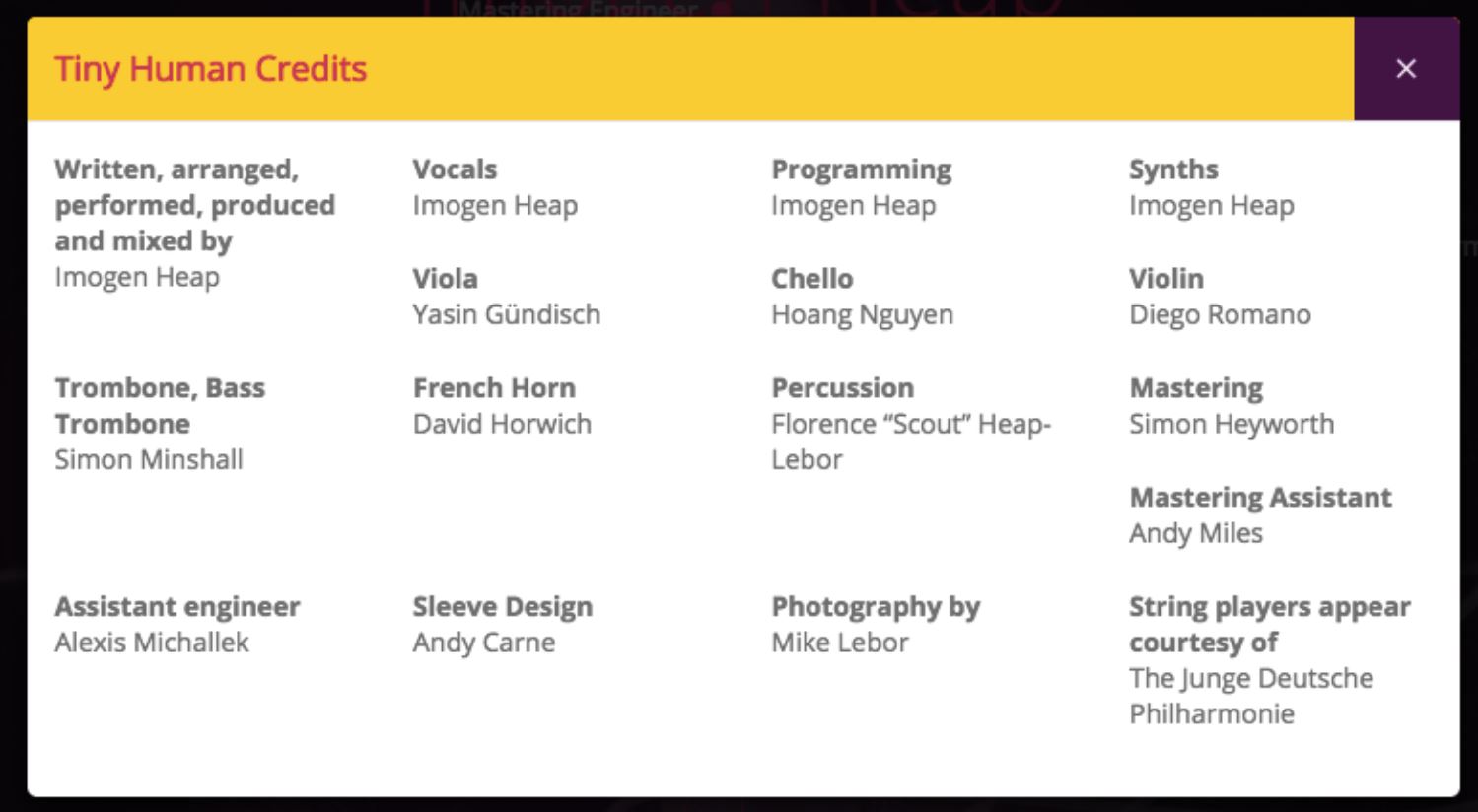 Imogen Heap used a smart contract for “Tiny Human”. Due to the transparent nature of the contract, you could actually see everybody’s contribution to the song; production, recording et cetera, et cetera. All revenues from streams and downloads were automatically distributed by the smart contract among the participants. 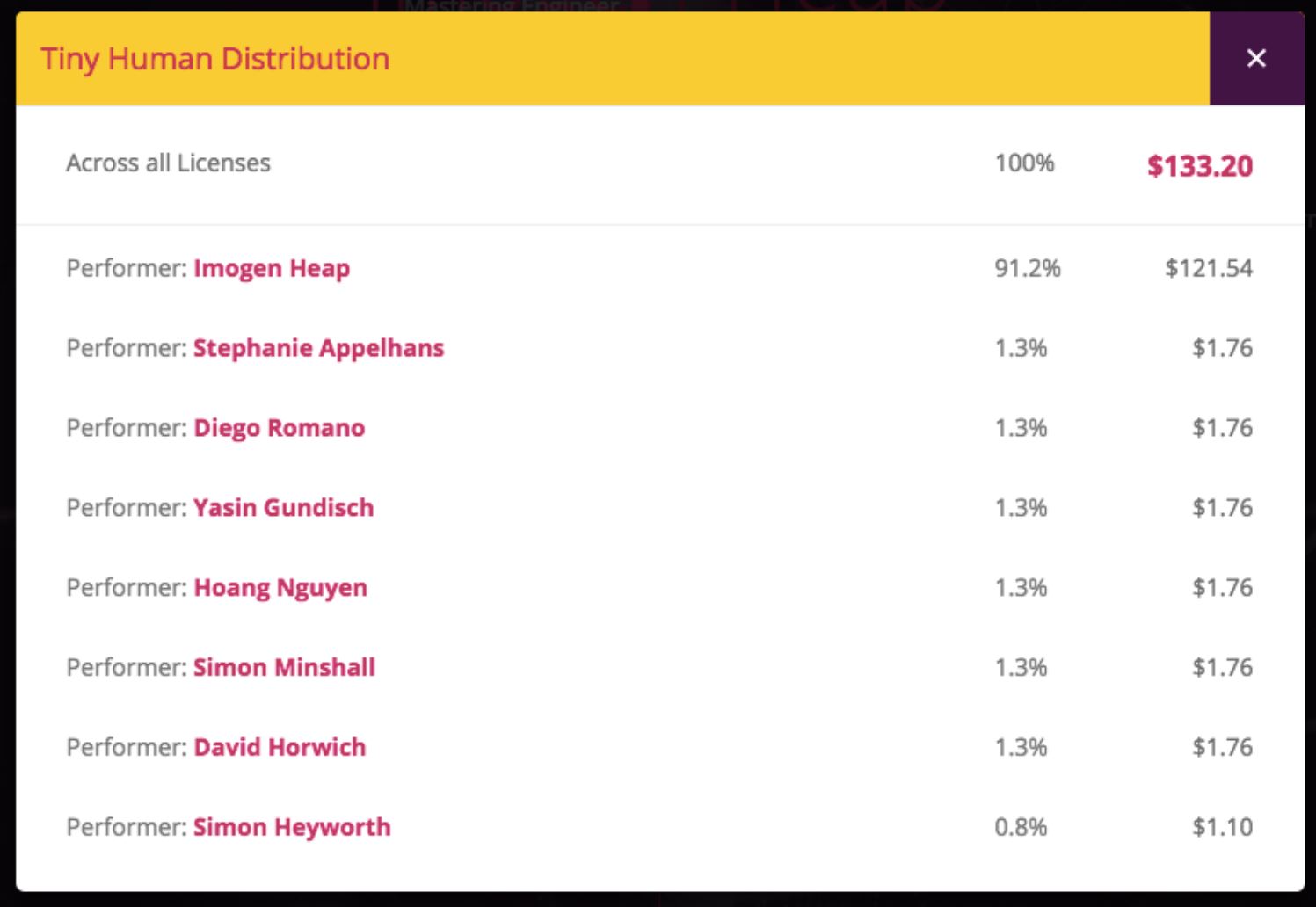 By using blockchain technology Imogen Heap was able to cut out the middleman, which provided her and her crew with the true proceeds of the song. No transaction fees, no additional payments for download services and streaming platforms, and no publishers taking a piece of the cake.

The Ujomusic website shows us how the proceeds of “Tiny Human” are distributed among the people who participated in the making of the song.”

Some ten years ago, the introduction of Creative Commons licenses made artists realize they had more choices than the all-or-nothing model that most CMO’s offered them. The advent of blockchain technology has once again triggered artists to reconsider their place in the music industry’s food chain. These developments challenge the established methods of the industry where third parties—like rights organisations and publishers—interfere with the artist’s rights and music. 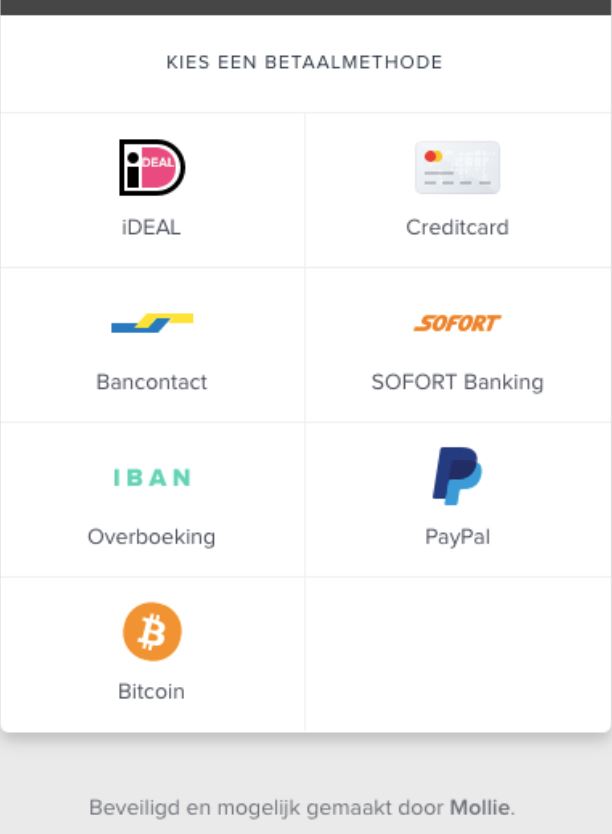 DJ Hardwell demonstrated this with his track “Thinking about you – feat. Jay Sean”. He deliberately circumvented the rules of Dutch music rights organization BUMA/STEMRA by taking matters in his own hand. That sounds attractive, of course. Even though many artists do not really enjoy the business side of their life, they do appreciate getting paid what they have earned.

Can we use it already?

It depends. DJ Hardwell integrated his blockchain solution with existing and regular payment methods. Apart from having to register on his site, not a lot of technical expertise was required.

For Imogen Heap’s “Tiny Human”, things were a lot more complicated. In order to buy her song, you first needed to buy ethereum. Purchasing this cryptocurrency still takes a lot of effort and skills, as was detailed in this article. 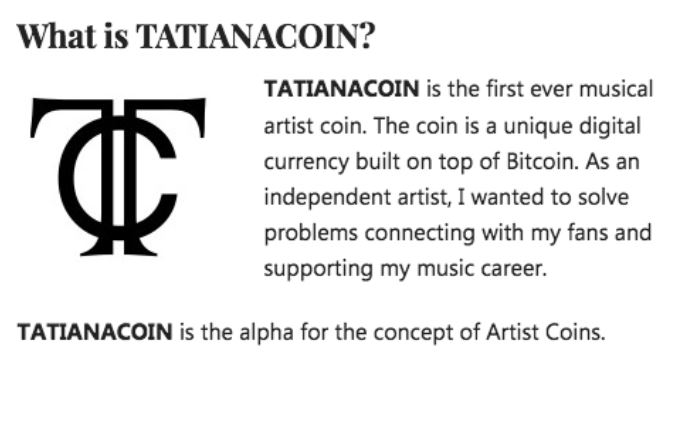 If you think Imogen Heap is taking it too far, you’ve seen nothing yet. American singer Tatiana Moroz created her very own cryptocurrency, the tatianacoin, that can be used to buy her music, as well as tickets for her shows. You first have to buy tatianacoin, however, with… bitcoin, via an online exchange. This, of course, takes a lot of effort which most music fans find daunting and off-putting.

The idea of having total control over your own product by using blockchain technology, which obviously cuts out the interference of a traditional middleman, is very promising indeed. But blockchain is far from user friendly, and not all of the bits and pieces actually work as expected. A lot more work has to be done before you and your fans will use it easily and happily.

And besides: to make a smart contract work (“if this song is played, every eligible party receives their rightful share immediately”) requires a few more steps:

And there’s the rub: it is unlikely that traditional parties will voluntarily step aside and let you take matters into your own hands. Their income depends on their control over your access to these kinds of mechanisms. So, if you are already signed up to a CMO, it is yet to be seen how much room they will give you to work with these kinds of new technologies. It would be interesting to hear how DJ Hardwell has experienced this. Did BUMA/STEMRA come knocking on his door?

To summarize: a lot still needs to be done before your music and your rights are easily taken care of online, without causing a headache for you and/or your fans. But it is very likely you will read and hear more about it in the coming years, and I would not be surprised if you are actually considering using some of these new technologies within the next three years.

Where is the action?

These are a few of the more interesting efforts going on in the world of blockchain for music:

Lykle de Vries (1970) plays the guitar, and wrote a series of articles covering social media for artists for the Dutch magazine MusicMaker in the beginning of the social media revolution. These days, his stage performances aren’t with a guitar in hand playing music, but talking about the possible uses of bitcoin, blockchain, smart contracts and cryptocurrencies, but hey! Stay up-to-date and follow Lykle on Twitter: @lykle

AI-technology behind the chords of Chordify - our…
Ukuleles, banjos, artist Corijn van Mazijk plays them all