The biggest showcase festival for European Music – Eurosonic Noorderslag – is about to kick off. Next week we will host a discussion during the Eurosonic Noorderslag Conference about the advantages of machine learning and the possible downsides. New technologies are influencing our lives and our society in many ways. They have given us self-driving cars, advanced translating applications, chess playing computers and even computers that imitate art. But what about the music industry? 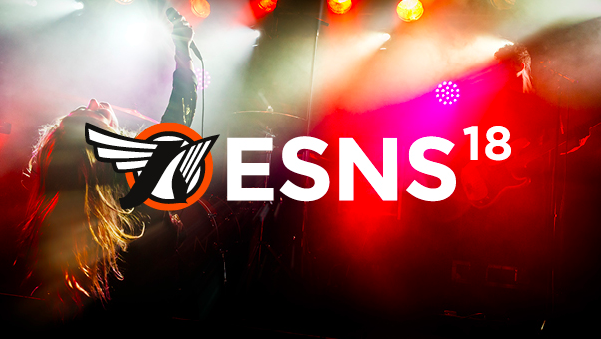 To examine this topic, we have invited four professionals with varying backgrounds, for a panel discussion. They are introduced below.

François Pachet
François Pachet is director of the Spotify Creator Research Technology Lab (CTRL). At CTRL he and his team create the next generation of artificial intelligence based composition tools for musicians. Their mission is show that Artificial Intelligence is capable of creating new and compelling music.

Last week, François Pachet released “Hello World”, an album that is one of the first successful collaborations between Artificial intelligence and various well-known musicians. Besides being a successful researcher, François Pachet is also an accomplished guitar player and composer.

Matt McVicar
Matt McVicar is a Machine Learning Researcher at Jukedeck in London. His main role is the development of scalable machine learning algorithms for music generation. He is an expert in automatic chord recognition and automatic lyric transcription.

Before that he was a data scientist at the University of Bristol, England. He made a name for himself as the co-principal investigator on a 2-year project funded by the prestigious Engineering and Physical Sciences Research Council. The name of the project: “Data Science for the Detection of Emerging Music Styles.”

Tjeerd Bomhof
Tjeerd Bomhof will join us as well. Tjeerd has released multiple records and played numerous shows with his indie-rock band Voicst. As a solo artist, he is known as Dazzled Kid and in the duo Dazzled Sticks he has re-invented himself as a hip-hop producer. His dynamic career has made him into a jack of all trades; helping out artists, filmmakers and brands all over the planet with music and lyrics for their projects.

He is a founding member of BAM!, the Dutch Songwriters Society that keeps an eye out for the interests of a new generation of composers. As such he tries to stay on top of the latest trends in (music) business and technology.

Bas de Haas
Last but not least, our own CEO Bas de Haas will moderate the discussion. Bas is one of the founders of Chordify. After he finished his PhD in computer science at the University of Utrecht in 2011, he brought together a team of music enthusiasts to create Chordify. He build the music e-learning platform from the ground up. Nowadays we know it as an app that transforms any song into chords and lets us play along to our favorite music daily.

Discussion
As you can see we have a lot to talk about. The varying backgrounds of our panel members mirror the wide range of topics we can discuss. It will surely lead to an interesting and lively discussion. Our main question is: to what extent will artificial intelligence and machine learning disrupt the process of creating music and its surrounding industry?