Eb is a rocker’s best friend. Want to know why? Well, it’s quite simple actually. In the past, a great many rockers were men and men don’t have very high voices. So to be able to sing along in tune, without damaging their vocal cords, they tuned their guitars down a half step. And what happens if you drop a semitone in E tuning? Yup, your guitar is tuned in Eb instead of E. 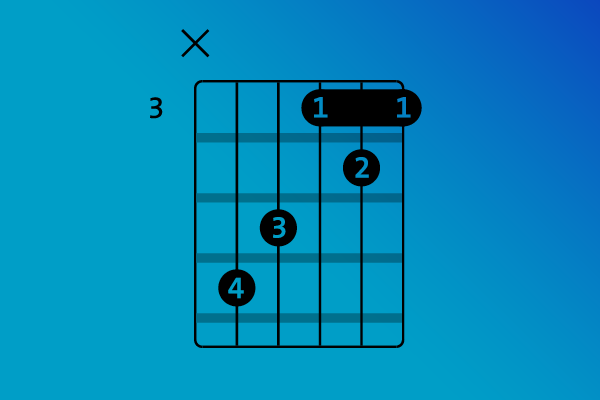 When you think of a rock legend, you think of Jimi Hendrix. The man whose influence on the genre  can still be heard today. “Voodoo Child (Slight Return)” is one of his gems. Listening to the song feels like being sent on a music-induced trip by a friendly wizard. https://youtu.be/IZBlqcbpmxY When we look at the chord progression we notice that it’s quite basic. If you’ve already tuned your guitar one semitone lower (to Eb) you can use Chordify’s transpose function and convert the song to E. Since your guitar is in Eb the chord grips are the same.

“Voodoo Child” is a classic and of course very cool to play along with, but rock has also evolved since then. In the ’90s bands like The Smashing Pumpkins broke through to the mainstream. In the song “1979” frontman Billy Corgan looks back on his youth. The track won an MTV Video Music Award in 1996 and was voted best Smashing Pumpkins song ever in 2012. https://youtu.be/4aeETEoNfOg Transpose the chord progression to E again and watch how the triads get a lot more familiar. Do you still have your guitar in a normal E tuning? Then don’t transpose anything and challenge yourself. The song consists of about seven chords, some more difficult than others.

Chop Suey! – System of a Down

Remember when “Chop Suey!” was released by System of a Down? Maybe you do or maybe you just weren’t born yet. But still, it was quite a happening. This is one of the first hard-rock tracks with a successfully applied touch of Armenian folklore. In 2002 the song was nominated for a Grammy. “Chop Suey!” is the epitome of a System of a Down song, and its signature sound that has kept listeners enthralled over the years. https://youtu.be/CSvFpBOe8eY This is perhaps the only song in this list where the chords seem somewhat familiar, in standard tuning. So tune your guitar to E (you can use Karang for this) and watch how the chord progression develops. In this song the strumming is very important. You’ll have to hold some chords for a long time, which might seem easy. However, if you don’t play it tightly, the soul goes out the window and the whole track with it. Therefore practice your wrist and keep up with the rhythm of the song.

Rock ‘n’ roll is not only made by men. Thank God. But it is kind of hard to find girl rockers singing in the key of Eb. “Valerie” is a great example of a song where this does happen. We’re talking about Amy Winehouse’s hit version, which is actually a cover of a song by the Zutons. https://youtu.be/d_EADBnXjXc After playing System of a Down you can tune your guitar back to Eb. Ready? Great! Now transpose the chords from Valerie to E. What you see is a sequence of some jazzy chords. Don’t be scared. The Emaj7 and B7 aren’t your common triads, but it’s good to practice them. Looking a bit closer at the F#maj7 and the G#m, you can maybe see a possibility to simplify them to power chords. Do you like to rock hard? Then play some power chords. Do you like a challenge? Then take the original Eb chord progression. Whatever you do, go for it. Enjoy and happy jamming!