It’s Sir Paul McCartney birthday today. The former Beatle has reached the respectable age of 76, but this does not prevent him from touring, composing and experimenting with new styles and technologies. In recent years he has worked with Kanye West, Lady Gaga and Rihanna, among others. 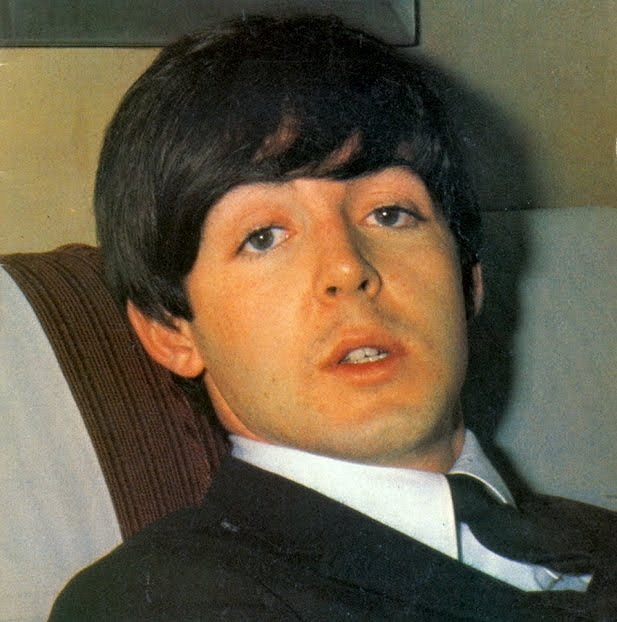 Artists who participate in ‘this game’ after their thirties are sad, said the twenty year old Paul once in an interview about pop music. Now that he’s turned 76 and still going strong, we must conclude that in his mind he’s still far under thirty. Between 2013 and 2018 he did two major world tours – Out There and One on One. In addition, he never stopped delivering new work. A versatile man with an unceasing urge to create, as you can see in the list below.

In 2015, the former Beatle wrote a song for pop idol Rihanna, FourFiveSeconds. The arrangement of the track consists of a guitar, an organ and a cello. Kanye West also sings along in the song. The track became a hit and McCartney performed together with Rihanna and Kanye during that year’s Grammy Awards.

Kanye West – Only One

The collaboration with Kanye West doesn’t end with the FourFiveSeconds track. McCartney writes the song Only One especially for the rap star. A song in which Kanye’s mother, who is no longer alive, speaks encouraging words from heaven about his work, his life and his daughter.

The song originated when Paul told Kanye about his own mother. She died when McCartney was very young. Later on the pop star wrote a song about seeing her in a dream, Let it Be.

Sir Paul McCartney is not only a musician but also a world record holder in the Guiness Book of Records. The track Yesterday is the most captured pop song ever. But that’s not the only thing McCartney keeps a record in. The impressive number of 43 platinum songs coming from his hand has not yet been matched.

High in the Clouds

The creative urge of the former Beatle doesn’t end with music making. McCartney wrote the children’s book High in the Clouds in 2005. The story is about the squirrel Wirral who’s in search of  paradise after his forest is destroyed and his mother dies during the disaster.

The pop star has wanted to make an animated film based on his book for years and it seems that it will actually happen in 2018. Meanwhile, McCartney has also written a number of songs for the soundtrack in which he collaborates with Lady Gaga, among others.

So, age is only a number. Sir Paul McCartney is the living proof of this. How nice that the pop icon himself has written a song with which we can congratulate him. Where Disney owns the rights of Happy Birthday to You, Sir Paul McCartney has his own version of the theme. With a good dose of rock ‘n roll this track is perfect for almost every B-Day jam. Check it out. Happy jamming!

It's our birthday! So we're gonna party like it's... Jamuary
Gibson Les Paul - A history lesson with Kirill Dumchenko