There is no bigger G than the G major in the guitar universe. This triad fits in gangster hip-hop as well as in country and pop. That’s why this week we’re presenting the G major as chord of the week. Check out our Instagram for more chords. 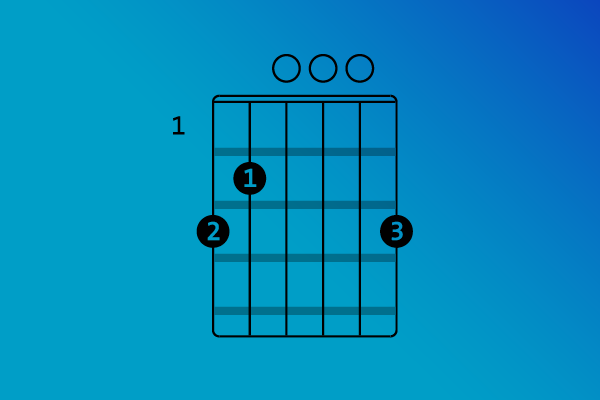 When you’re beginning to play guitar one of the first handles you will learn is the G major. This chord, together with the D, C, A and E, makes up the basis of many songs. We’ve put together five tracks for you to jam along to, so you can learn which other fundamental root tones combine best with the G major by playing many songs in this key.

Wish You Were Lord – Pink Floyd

The song Wish You Were Here from Pink Floyd’s 1975 album with the same name is a must in every summer jam. The track is fresh and sounds cheerful at times, yet at the same time it is drenched in melancholy. This is due to the special combination of chords that all fall into the key of G major. Think for example of an E minor seven or an A7sus4. This is a good moment to overcome the fear of these difficult names and to strike the chords themselves. That doesn’t sound too bad now, does it? https://youtu.be/IXdNnw99-Ic

For the beginning guitarist Sweet Home Alabama by Lynyrd Skynyrd is a great opportunity to practice the basics. With chords like Em, A, D, G and F you get all the G major standard combinations in one song. For the advanced guitarist the challenge is to play along with the licks. Actually, learning to play Sweet Home Alabama is like killing two birds with one stone. Kid Rock was inspired by this song for his own track All Summer Long. So you kind of learn to play both. Try it. https://www.youtube.com/watch?v=ye5BuYf8q4o

As an advanced guitarist you sometimes need a little challenge, but you don’t want to sound too mushy. If that’s the case The Rain Song is the track you’re looking for. If you don’t have any plans for the weekend, just grab the chord scheme and take your time. Pay close attention to the way Jimmy Page subtly blends a G minor into a G minor seven, which then seamlessly flows into a C minor. The trick is to listen carefully and to keep practicing. https://www.youtube.com/watch?v=BeDylD8dV7U

If you’re going to chill on the beach this summer with your guitar, then this song by surfer boy Jack Johnson is a good addition to your jam. In this track Johnson uses a lot of seven chords. These have a dreamy sound and provide the atmosphere that is so characteristic of the song. Don’t be deterred by an A7, G7 or D7. As you can see here, in a seven chord less is more. https://youtu.be/OkyrIRyrRdY

Did we say that the G major lends itself to every genre? You can see that in this track by Post Malone as well. White Iverson is just like Banana Pancakes and Wish You Were Here dreamy and groovy. You would almost expect that this song also consists of seven chords. The opposite is true. The Post Malone track is made up out of relatively standard chords. Surprise the audience around the campfire with this less obvious song, even though the vocals are a lot harder to master than the accompaniment. Happy jamming!