“Oasis was like a Ferrari. Great to look at, great to drive and it will fucking spin out of control every now and again.” The explosivity between brothers Noel and Liam Gallagher was both the strength and demise of legendary britpop band Oasis. This about sums up the documentary ‘Supersonic’ that appeared last year, in which both brothers look back on Oasis with tangible melancholy. Those who thought the rivalry between Noel and Liam diminished over the years, are sadly mistaken: both released a new album, one right after the other. It’s time to delve deeper into this battle. 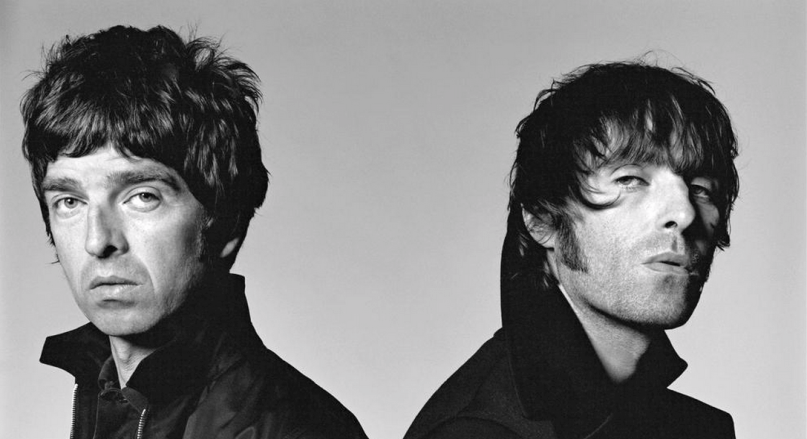 “Liam and Noel both have albums coming out. It’s like when my parents divorced. The split was sad, but now I get lots of presents.” (fan tweet) Liam’s new album saw the daylight on Friday October 6th. Monday October 9th saw the release of Noel’s ‘Holy Mountain’–the first single off of Noel Gallagher’s High Flying Birds’ third album, which is scheduled to be released on November 24th. Liam ‘As You Were’ The fact that Liam’s release preceded Noel’s, shows guts. After his less-than-successful period with his band Beady Eye, Liam now releases this record under his own name. And after years of silence it seems like it’s sink or swim for the self-proclaimed ‘rock n roll star’. The reviews are moderately favorable, with an occasional overly critical outlier.   Noel ‘Who Built The Moon?’ (Release date November 24th) Noel Gallagher has always had a strong footing, musically. Together with his High Flying Birds, he’s been working hard on his post-Oasis career and is about to release his third record. With ‘Holy Mountain’ he heads into a new psychedelic direction.

“Psychedelic music by a beige drip is like a vegetarian trying to sell you a kebab as you were LG x” Liam Liam’s cool ‘air’ and his loud rock ‘n’ roll image can’t completely hide his awkward stumbling while trying to navigate a new musical direction. Even though ‘As You Were’ has been produced by legendary producer Greg Kurstin (Foo Fighters, Beck, Adele), it feels a little wobbly still and not entirely balanced. There are a range of solid tracks on this record, but some of his lyrics are simply not very good. Noel More stable, serious, and – let’s be honest – Noel is a lot more musically inclined compared to his younger brother. Noel was always known as Oasis’ songwriter, and with this new record he continues his clear musical course. Producer and DJ David Holmes is on board, and ‘Who Built The Moon?’ sees guest performances by Johnny Marr and Paul Weller–all, of course, under strict direction of Noel himself.

“Noels out of the fucking country weren’t we all love get on a fucking plane and play your tunes for the kids you sad fuck” Liam op twitter Liam and Noel’s hometown Manchester suddenly became the center of the world’s attention after a terrorist attack during an Ariana Grande concert. During the remembrance of the victims, ‘Don’t Look back in Anger’ was used and the Oasis hit-song got a whole new meaning. During the One Love Manchester concert, which was organized shortly after, fans were hoping–in vain–for an Oasis reunion. Liam Touring the summer festivals in Europe, but thanks to some careful planning, Liam was able to make it to Manchester on time for the One Love Manchester concert. Liam publicly chewed his brother out for not showing up. Noel To avoid any possible rumours, Noel quickly released a statement saying he would not be coming to Manchester. According to his official spokesperson, Noel was abroad for family obligations. No matter the things Liam said, Noel would not be provoked and kept quiet. This eventually resulted in Liam stealing the show and Noel was conspicuous by his absence.

In August 2009, Oasis split up after a fierce dressing room fight between both brothers. Now touring separately, managers are doing all they can to avoid any situation where the two might run into each other backstage. Liam Practically all tickets are sold out for his shows in the UK, and with shows on nearly every continent, fans all over the world are given the opportunity to see Liam play live. Despite his grand stage presence, the stage still feels a bit big for Liam alone. Of course there’s a band up there with him, but for some odd reason Noel’s absence from Liam’s show is more tangible than the other way around. Noel Although Liam has more sold-out shows booked, Noel generally plays bigger venues. On top of that, Noel’s US tour is a lot more substantial than his brother’s. Additionally, the time that he was still adjusting to his frontman duties are far behind him now; recently he was on tour with U2, so Noel Gallagher and his High Flying Birds are tighter than ever.

Even though they’ve been separated for years now, Liam and Noel are still evenly matched. And although they fare just fine individually, fans agree: the sum is greater than the parts, also in rock ‘n’ roll.