Every mom is a saint, and that’s what we’re celebrating everyday and especially next week. Because combining the hectic and chaotic life of being a musician with the full-time job of parenting, makes you a hero by default. Just imagine being a mother and also keeping your head up in the entertainment industry. 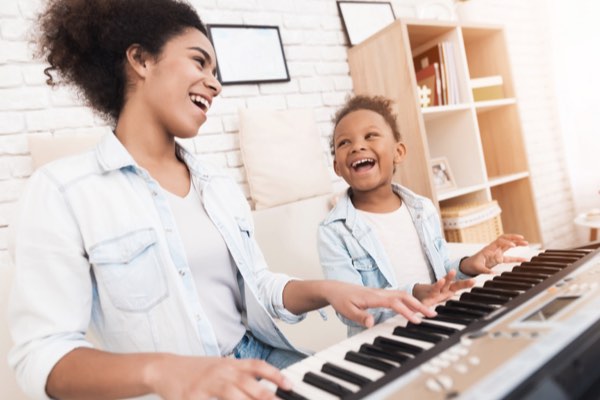 Okay so we’re stopping with the yo-momma jokes today, and give we’ll have some more bless-yo-momma vibez. Not saying it’s easy, but having a “normal” job and also raising children is sort of part of the deal for most of us. But you got to be a strong woman when you’re a pop star and a mom. Here are three inspirational women who do just that.

She looks like she can shoot you and cook you over a self-made fire at any moment. However, Anri du Toit, better known as Yolandi Visser, is also a mother of two kids. Her son Tokkie and her daughter Sixteen can be seen shining at her side on many occasions, together with her lover Ninja. Tokkie was adopted and Sixteen is the biological daughter of the two.

Yolandi grew to fame in 2008 when Die Antwoord unleashed their sound onto the world. “Enter the Ninja” is one of their hits. How tough is your mom, as tough as Yolandi? If so, jam along to honor your mom with “Enter the Ninja.” Because a real mom is a ninja plus.

Now that we’re on the subject of strong moms. What about Beyoncé? Maybe the hardest working woman in show business. She gives her all, day in day out. Besides, she’s also a partner to Jay-Z and a mother of three kids: Sir, Blue Ivy, and Rumy Carter.

It’s no wonder that this pop icon is an inspiration to many. In her songs she sings about the struggles that modern women are facing. So, is yo momma also a real Queen B? Then put on one of Beyoncé’s songs, and jam along.

“Georgia who?” Hey, don’t be like that! As a singer-songwriter, actress and model she’s an all-round entertainer. Next to her busy life in show business this Lady also found time to raise two daughters. Maybe you know them: Cher and Georganne LaPiere.

The apple doesn’t fall far from the three. Both her daughters are also stirring things up in show business till this day. Do you also have a busy bee for a mom, then jam along to “Super Trouper” by ABBA, from Cher’s latest movie: “Mama Mia! Here I Go Again” Happy jamming!

Did you get the Mother’s Day badge? Check out your profile! And while you’re at it take a peek at our Mother’s Day Channel for more inspiration.