After a killer session at Welcome to the Village festival in our home country, the Netherlands, we spoke with Eddie Green. The guitarist from the British post-punk band Shame told us all about his love for the six string, Jimi Hendrix and why figuring out your own sound is as important as being a technically good guitar player. 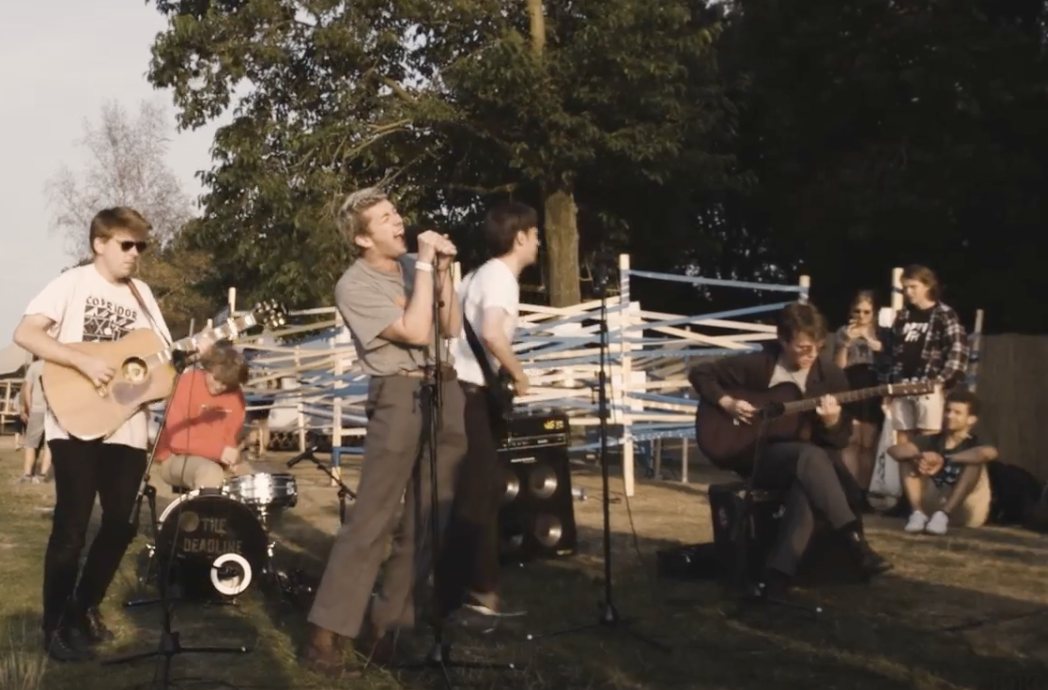 When did you start playing guitar, Eddie?

I started playing guitar when I was about eight years old. I was bought for my birthday one of those Fender two-in-one beginner’s packs. You know what I mean right? I played that instrument for a long time. That guitar I still actually have.

So when I was eight years old I naturally took to it and really enjoyed it. Also started to have some casual lessons from older friends. Haven’t stopped playing ever since. It’s been a good thirteen years now.

Wow, that’s a long time. How did you discipline yourself to keep on playing?

I never really did get disciplined. For me, it was more enjoyable playing the guitar than doing other stuff. I know this sounds a bit cliché, but it’s true. I didn’t really need much encouraging. It was more of the opposite. I played too much.

What are the musicians that inspired you?

Well, I have to say that very early on Jimi Hendrix was a big inspiration. This is so obvious to say, but I really was amazed when I first heard him. It was a strange feeling to listen to his records. When I was about nine or ten years old I did a cover of “Voodoo Child” at my school.

And yeah, I was pretty obsessed with good old Jimi for a while. Since then artists like Johnny Marr have inspired me. The way Marr can lay down a sound and create such melodic masterpieces is really admirable to me.

Everybody is always talking about guitar skills, but how important is the sound you create?

I think often it’s like a common mistake that people think you have to be a technical genius to be able to be a great guitarist. I am by no means a technically trained guitarist. I know nothing about gear, I’m not a theoretically skilled musician per se. So I think it’s more about what you want to create, how to use the equipment you’ve got and to do whatever you want with it. If you can make that come across you are a good guitarist.

When you write a song is that an individual process, or does it happen organically?

It depends. With some songs, Shawn or I will come up with a riff and we’ll go from there. Sometimes we’ll just jam for hours and hours, and something may come out of it. It’s always a fun thing to do that with the guys.

The last question before you guys head-off to prepare for the show tonight. If you could give one tip to a beginning guitar player, what would that be?

Don’t stick to acoustic for ages unless that’s what you really want to do.