Every year at Eurosonic we get our annual fix of fresh music. This time, we were fortunate to participate with our own studio on the Vismarkt in Groningen. We recorded live sessions with several artists, The Howl & The Hum being one of them.

After an awesome session, we spoke with frontman Sam Griffiths and guitarist Conor Hirons about their vision on music, chords, and the songwriting process.

Hi guys, that was a great session!

Conor: Are you going to write this interview down? Because then we can edit out all the stupid shit we say.

No worries, you’ll get to read it before publishing. So, speak from the heart and we’ll bleep out all the dumb stuff later.

So, let’s get started. How’s Eurosonic treating you so far?

Sam: We’ve been here about thirty minutes. This live session was the first thing we did, so it’s our only experience. But, one: it’s lovely to be outside of that van [points at a gray van behind us]. And second: Groningen is a very beautiful place where we already got lost a couple of times. It’s a nice place to get lost in, so far.

Conor: Yesterday, we drove through the Eurotunnel to Utrecht. Which was like fourteen hours in our van. And this morning, we had a lovely two-hour drive to here.

Sam: Yeah, you survive on McDonald’s and fast food. Which isn’t great. However, we plan on eating a bit better today; enjoying ourselves in more of a wholesome way. Avocados and eggs would be nice.

You have very powerful and melodic tracks. Can you elaborate a bit on what your songwriting process looks like?

Sam: I write most of the lyrics and melodies. And the four of us sort of build the song from there. So, we start off in a singer-songwriter kind of way. A lot of the songs start like stories. [laughs] Short stories with me sitting in a room, being sad. After that, they get expanded into a musical element and hopefully turn out a bit happier with the four of us in a different room.

Interesting. So, how often do you guys rehearse together?

Sam: As much as possible really. All of last year we did it full time. So, we tried to be in the studio from nine to five, Monday till Friday. It doesn’t work like that all the time, because you go on tour and people need days off. And of course you need to recover a bit from touring sometimes. But we tried to give ourselves a kind of a business hours structure.

Conor: We rehearsed a lot when we were working towards the recording of the album. Now that the record is finished, we try writing new stuff and keep that going. Sometimes you have match gigs, like here at Eurosonic. So we rehearse a bit before that. But most of the rehearsal time goes in before recording the album.

So now every song is ingrained in your brain?

Conor: Yeah, and it’s not only playing the same things over and over again, but literally trying to write new stuff so that we can add new things when we go in and record the album. Just trying to have as many songs as we can really.

Sam: It’s a bit nicer now on the other side of it. Because now, it feels like you have much more of an open space. As opposed to before, when we had to rehearse all these specific things, which most of the time had already been written. Now that that’s done, we can go back to the creative element: a blank sheet of paper.

Conor: Even if no one else has heard it, we’re like, let’s go with album two right now.

“For me it’s like that song already has kids, it’s a grandparent now.”

Isn’t it weird that, when you’ve worked on an album for a long time and it’s just been released, the songs are new for the audience, but it’s old stuff for you?

Sam: One of the songs on the album is about eight years old. So that’s really weird. For me it’s like that song already has kids, it’s a grandparent now. It’s gone through puberty and back again. And still loads of people have never heard that song, which is sweet for me.

So, which song is it?

Sam: That one is called “Until I found a Rose.” I wrote that one when I was in university a while ago. It sounds very different to how it did then, but in a very good way. It’s going to be the next single actually; and will be released in a couple of months. 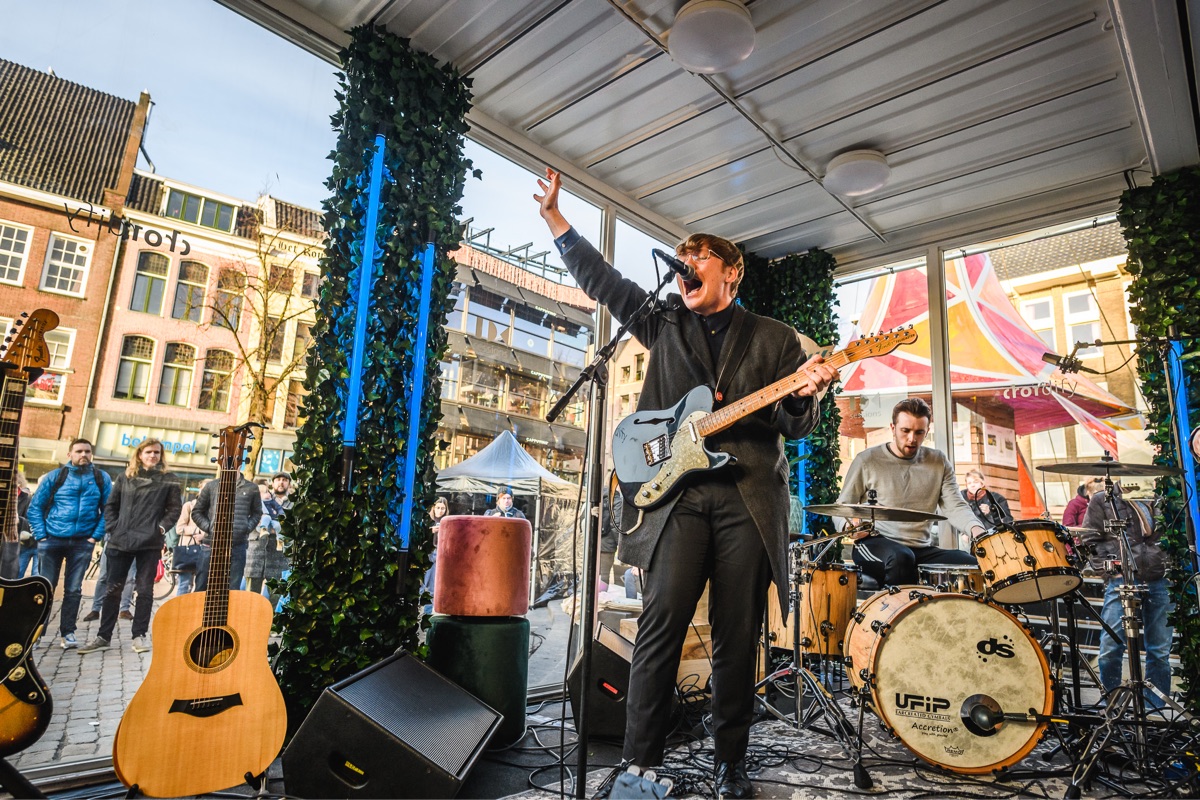 Speaking of sound, how did you guys find yours?

Sam: I don’t know if we have. We change our sound all the time. We basically go with what we think works best and what we like taste-wise. So, recently, we’ve been working on some slightly dreamier stuff. But, before that, we started off like more of a country band. You know, writing everything first on acoustic guitars and building it up from there.

There is a song with a really dirty bassline on Godmanchester Chinese Bridge. It’s called “Manea.” That song turned out totally different than I had written it. It kind of shows how we are not afraid to evolve a song, even if it turns out to be something else than we thought.

Conor: Especially with Spotify and the way music is now. We are releasing our first album this year, but we’ve dropped seven songs already. So the world has heard our sound. Now our first real record feels like number two or three. And like later records do, the sound evolves. For starters, by the time you are working on your third album you become better at playing, so of course it’s going to sound different.

Conor, what is your favorite piece of equipment while on the road, besides your guitar?

Conor: Does it have to be musical or are you referring to something I like to have with me?

Conor: I do love my gear.

Sam: By gear he doesn’t mean drugs, but literally your gear. [laughs]

Conor: Yeah, I do love all my pedals and stuff. But if it’s not musical, probably my e-cigarette or my iPad. Neck pillows are another awesome thing to have on tour.

And musically speaking, which pedal do you love most?

Conor: Oh man, how long do you want this interview to be? If I had to name one, it’s definitely my delay pedal. It’s called the Strymon TimeLine and it has everything.

Sam: It is mad. It’s one of those pedals that has so many buttons, you don’t know where it ends. You can just live inside it for a year; pay your taxes and stuff like that. It’s amazing. 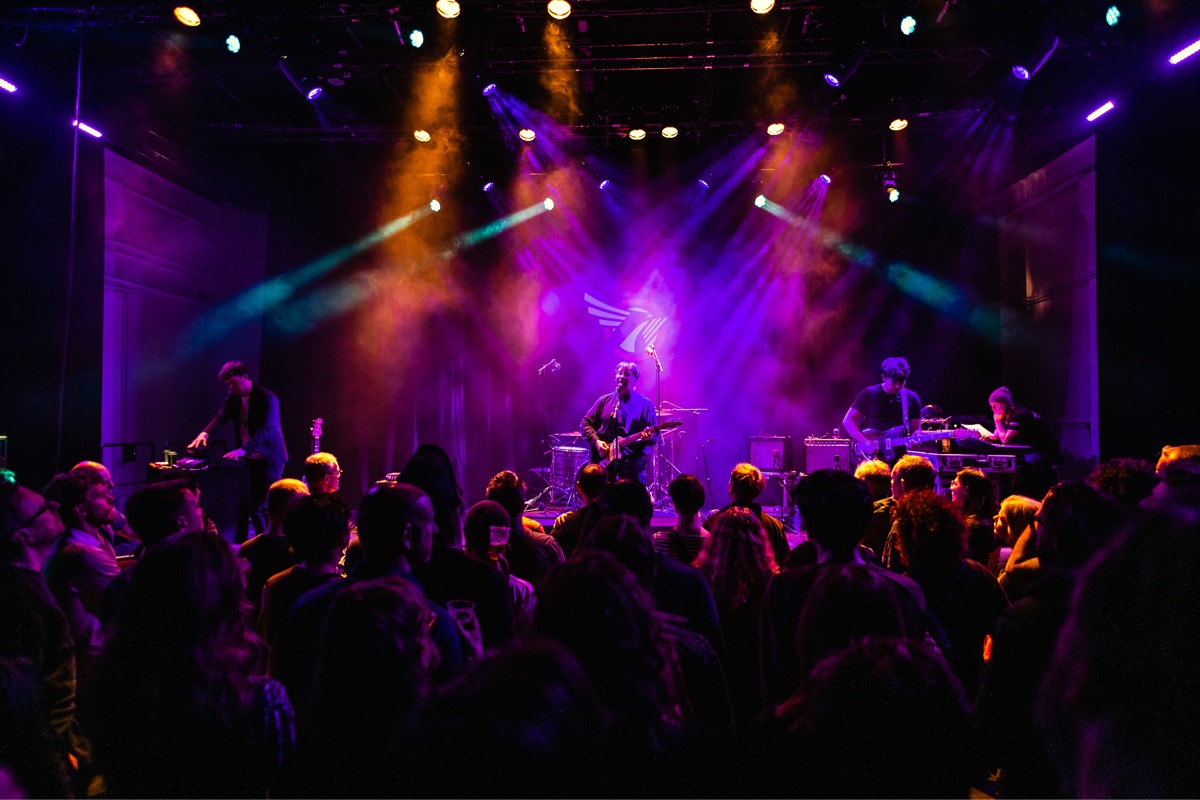 Which three of your songs can we recommend to our readers to play along with?

Sam: To play along with?!

Conor: I think… “Hall of Fame” is probably fun to play for the riff.

Sam: Or “Manae.” This is probably the riffiest song we’ve got. It’s sort of going more to the proggy side of rock. The song is built around the riff and it’s in a strange modal key – B modal – which I quite like.

Sam: When we were recording it, we were plugging so much stuff into other stuff, that I was completely thrown off the map. But in the end, I was happy to be lost.

Do you guys have any tips for beginning musicians?

Conor: Play your favorite songs. Don’t stick to the theory, just jam stuff you like.

Sam: People should play along to as many songs as they can. Even if you can’t read notes and stuff like that, just try to play the songs of your favorite artists. That’s the best and most organic way to learn.

Conor: Especially nowadays, you can plug your guitar into your iPad and go through lots of different pedals and amps. I would say: plug it in, have a laugh with it and try to figure it out.

Your favorite Christmas song is...
Sing along with the lyrics of some of your favorite songs