Here’s a guest post from our friends over at ZingInstruments.com who are almost as obsessed about guitars as we are!

No matter what style of guitar you play, you can always benefit from having a few essential pedals. Yes, even you classical players. 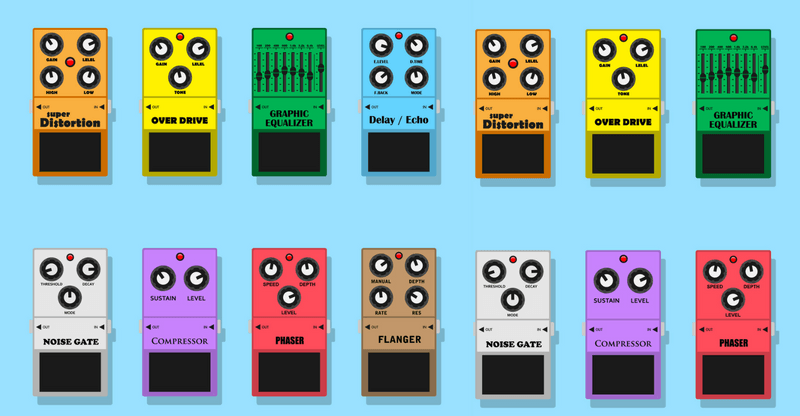 A good reverb will give your music the extra depth that just doesn’t come from playing in a smaller group, such as a typical three or four-member band. It’s a little bit like having the capacity of an orchestra at your feet by helping you to create an illusion of filling the room with sound without cranking the volume to uncomfortable levels.

The aim isn’t to fill the empty space with sound constantly. Instead, it adds a layer of expression that can take a clean riff and add a far more emotional impact for anybody listening.

These pedals are also incredibly versatile. If you’re primarily an electro-acoustic player, they’re one of the few pedals that doesn’t clash with the clean tone. If you don’t particularly need to use your reverb pedal at any given moment, you can even let your vocalist borrow it.

The other great thing about these pedals is they’re very easy to use. There aren’t a whole lot of settings that goes into creating reverb, so you’ll quickly pick up on all the subtle little differences in tone you can create by changing the few parameters available.

More basic models can have nothing more than an on/off and a single dial. More complex reverb pedals will allow you to control the dry and wet signals, adjust the size of the ‘room’ and some even let you choose whether the sound originates from the side or middle before hitting the virtual wall.

You might also have the option of linking it to an expression pedal. If you’re wondering what that is, read the next entry.

An expression pedal is like the missing component that you wish your other pedals had. If you want to be able to adjust the settings of any pedal on the fly, you have three options:

An expression pedal doesn’t actually do anything by itself. Most effects pedals worth their salt will have an input jack that allows you to connect the two. In terms of appearance and method of control, an expression pedal works exactly like a wah pedal. By pressing down on it with your toe or heel, you adjust how much the setting it’s linked up to should be increased or decreased by.

For example, let’s imagine that you have an expression pedal linked to a reverb pedal. You’re playing a powerful legato riff. You can see the audience is just about to start pulling out their lighters and waving them overhead – but they aren’t quite there yet.

So you push down on the expression pedal. The reverb gets that little bit stronger, the music swelling and gaining strength. You’re pretty sure that you might actually be divine. You play the last note, and raise the reverb even more. Somewhere in the second row, a girl becomes pregnant. The entire first row has fainted. 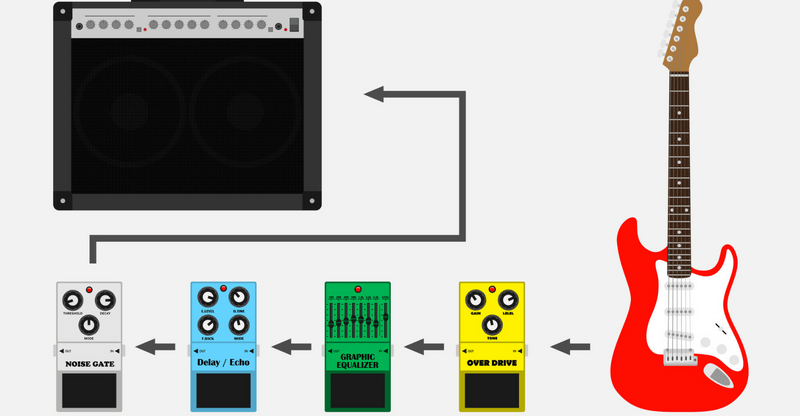 If you’ve ever listened to a piece of music that had absolutely zero compression, you’ll notice that it’s hard to make out the different sounds properly. High and low tones will get lost, quieter sections will be completely overpowered, and the interaction between instruments will get muddy.

A compressor pedal is much less glamorous than other effects. It won’t give you unearthly sounds, or allow you to start a new genre of music. For this reason, many amateur guitarists ignore the humble compressor.

However, if there’s anything I learned from Harry Potter, it’s that bangs and flashes don’t make a great wizard, it’s the subtle things. Likewise, applying a mad collection of effects won’t make your music sound any better, but adding compression will. This will help you to even out all of the different elements of your playing so that your audience won’t miss a single thing.

Perhaps you’ve spent all this time writing a song, figuring out just the right place for the ghost notes. Maybe you’re playing fingerstyle and you can’t get the same power that you can with a plectrum. It’s situations like this where the power of a compressor pedal becomes more obvious, but even just humming away in the background of your average pop song they make a huge difference, albeit one that isn’t noticed until it goes away.

Before you throw your hands up and say “Not for me! I don’t play metal!” I want you to sit your ass down and listen.

Overdrive pedals have gotten a reputation for being used extensively by metal guitarists, and not without good reason. Alongside the slightly more specific distortion pedal, they’re one of the only ways of creating the sonic representation of the end of the world.

But if you ease off the levels just a little, you can explore a completely different side of overdrive.

Back in the day when everybody used tube amps because they were basically the only amp available, playing harder and louder sent the clean tones a bit crazy. They became fuzzier and warmer. Taking this any further would frequently kill the amp in question before long.

Despite that, guitarists fell in love with this less sterile sound. It’s made a mark everywhere, from old school blues, rock ‘n’ roll and of course, metal.

The fact is, clean tones are kinda boring. Sure, they have their place. Sometimes a certain song wouldn’t work with anything but clean tones. On the other hand, there are so many lifeless bits of music that could be utterly transformed with the addition of (just a little) overdrive.

Also, you should totally put all of the settings up to 11 and just play open triplets in drop B. You can thank me later.

You might be wondering if I’m telling you that these are the only four pedals worth having. I’m not. The reason there are so many different types of pedals is because music has no limits. The only question you should be asking is, which pedals are going to be most useful for me? The four we’ve looked at today are pretty much guaranteed to fit perfectly with any guitarists current setup, and if you’re wondering what’s missing when you play, it will be well worth trying out a few of these. Further readings on guitar pedals you can find here. 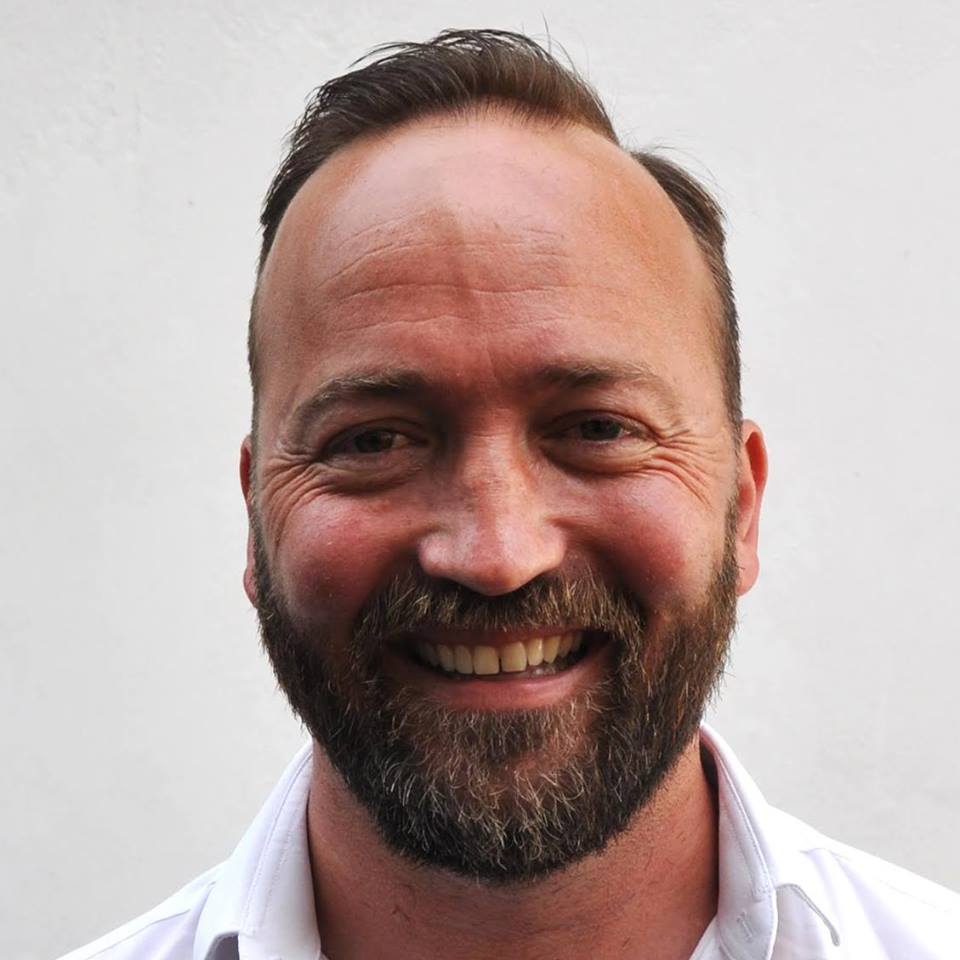 Ged Richardson is the founder of ZingInstruments.com and is a guitarist for London based gypsy jazz band ‘Djangology’. When he’s not ripping up and down the fretboard, he’s tinkering with his Campervan.

Cashmyra at Eurosonic - about songwriting, effects…
School of rock — principles to improve your rock ’n’…