What do you do as a band when your frontman dies tragically while you are on the verge of becoming world famous? Back in Black is much more than just a hard rock album. It is the story of the Australian band AC/DC who, in the middle of a mourning period, produce a record that goes down in history as one of the best-selling and hardest rock albums of all time. 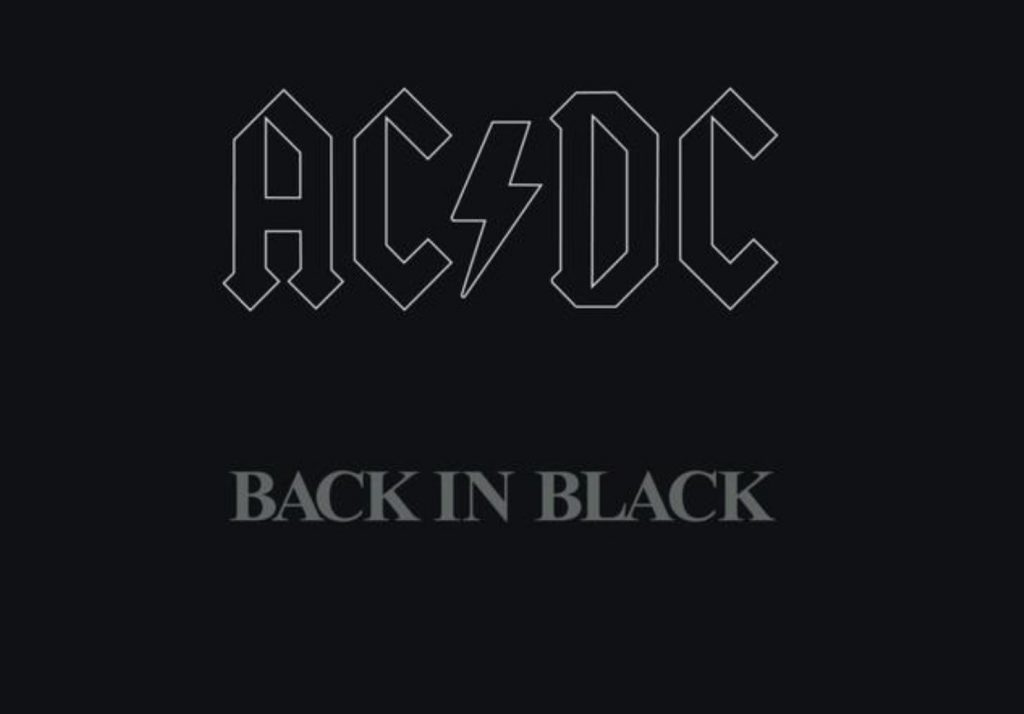 The seventh album of the Australian rebels AC/DC Back in Black was released on the 25th of July 1980 and is one of the best-selling records ever. The album is listed in the Guinness Book of Records as the best sold record by a non-American or British band in the United States. The band sold 50 million copies in total, of which 21 million in America. The story behind this record is one of sadness and joy.

At the end of the seventies there is a change in the musical field. Hard rock and metal acts such as Iron Maiden, Led Zeppelin, and Black Sabbath no longer dominate the terrain. They lose fans to emerging acts like Foreigner, Journey, and REO Speedwagon. With the beginning of the eighties a new genre is born: adult-oriented rock. It’s much softer, and more poppy than the hardrock which emerged in the seventies.

Between all this turmoil a raw sound comes from down under. AC/DC crashes through America for the first time with their record Highway to Hell. This is their moment. It seems as if the rock ‘n roll oriented hard rockers don’t care about the new trend. The fans share that opinion and the band’s tracks rise quickly in the charts with more and more people screaming: “I’m on a highway to hell!”

During the Highway to Hell-tour, brothers Angus and Malcolm Young–the founders of the band–write a lot of guitar riffs. All these ideas are ready to be worked out in the studio at the moment they are back from the road. In order to maintain the momentum of their last album, they decide not to waste any time and to jump right into the studio in London after the end of the tour.

Frontman Bon Scott is supposed to join the group later on. The planned day of his arrival is 20 February 1980. The evening before, Bon decides to dive into the London pub scene. The night progresses and the singer drinks a lot together with his friends.

When it’s finally time to go home, a buddy takes Bon home. Bon falls asleep in the car and his friend leaves him there. A few hours later the singer suffocates in his own vomit caused by acute alcohol poisoning.

Bon’s death is a shock to the band members. Guitarists Angus and Malcolm, together with drummer Phil Rudd and bass guitarist Cliff Williams, are considering quitting the band; their frontman is inimitable, in their eyes there is no AC/DC without him.

Bon Scott’s mother encourages the grieving boys. “You have to go on. Bon wouldn’t have wanted it any other way”, Malcolm recalls in a documentary about the band. And so, a few weeks after Bon Scott’s death, the search for a replacement begins. In the eyes of many fans an impossible task.

Angus and Malcolm know right away that they shouldn’t look for someone who would imitate Bon’s act. The new frontman should have his own charm, his own strengths. While the Young brothers are asking around, the management of AC/DC receives a tape from a fan who argues that the former singer of the British glamrock band Geordie, Brian Johnson, is the man for the task.

Car mechanic Johnson is totally caught off guard when he receives the call from his old management. “The woman on the phone didn’t want to tell me which band was asking me to audition,” says Johnson in an interview. “When I insisted, she said that she could only tell me the initials of the band name.” He laughs. “AC/DC. I was stunned, and not only by the stupidity of the woman on the other side of the line.”

When Brian shows up for his audition he meets the AC/DC road crew, but the band is nowhere to be found. He starts joking around with the guys. After a while Angus and Malcolm enter the room anxiously looking for him just to find Brian drinking beer and playing pool with their roadies.

“He was himself from the very beginning,” Malcolm says. “We found him chilling out with our crew. The connection was there right from the start so to say.” But drinking beer and partying was not what the singer came for. Johnson had to prove himself, and so he did. After Brian opened his throat during the audition the band just knew almost instantly that this was the guy they were looking for.

After conquering his spot behind the mic the real work was just about to begin. The band moves to a studio in the Bahamas. London has left a bitter aftertaste after Bon’s death. And the climate is also much more pleasant at the new location than in the United Kingdom.

While Malcolm and Angus, together with Phil and Cliff, try to create the right sound in the studio, the new kid on the block Brian is left with the important task of writing kickass lyrics. And he’s struggling. “It’s difficult when you know you have to match someone who not only had a great voice, but who also was a great showman, and on top of all that was a brilliant poet,” says Brian referring to the late Scott.

The singer recalls the moment when a storm appears on the horizon while he is writing in his block note, tearing one page out after the other. With that storm closing in over the ocean Brian feels a bizarre presence. It’s as if Bon Scott himself is visiting his successor.

“It was really a very weird and special experience. That’s all I’m saying about it. Except that at the moment it happened I began writing like a madman. The words just started pouring out of my pen: A rolling thunder, a pouring rain, I’m coming on like a hurricane.” The rest of course is history.

The bell you hear on the album’s opening track is a story in itself. During the recording of Back in Black Angus and Malcolm decide that they want to have a bell sounding, a la Black Sabbath, for the intro of Hells Bells. When their sound engineer sets out to record the Denison Bell in the Carillon Tower of the Loughborough War Museum, he encounters a problem.

Every time the bell is sounded dozens of pigeons fly away. He cannot get a recording without the fluttering of wings. When it becomes clear that the band wants that particular bell sound at any cost, AC/DC solves the wing-problem once and for all. The band orders John Taylor Bellfounders – the manufacturer of the original Carillon Tower of the Loughborough War Museum – to make an exact replica of the bell.

The rock clock, however, gets a bonus; the band’s name and the name of the song are written on its surface. When the moment comes to record the carillon, the manufacturer himself rings the bell. That’s the sound you hear at the beginning of Hells Bells.

Fun fact: on their world tour the band took the 910 kilogram (2000 pounds) heavy carillon on stage. But even after AC/DC returned to the studio, the bell had a world tour of its own. The carillon was exposed in big cities all over the world where people could ring it and take a picture.

From the title to the cover and the songs the record Back in Black is a clear statement for the fans, which welcome both the band and its new frontman back on the stage after suffering a great loss. The album is full of references to the life of Bon Scott. Tracks like Hells Bells, Have a Drink on Me and of course the title track Back in Black with its epic main riff are all dedicated to the life of a friend.

Brian Johnson’s throat, lyrics and personality are certainly not inferior to those of the deceased frontman. And so with this historical album AC/DC proves that even in the darkest moments there is always a sparkle of light. A tiny little flame that, when you dare to believe, can turn into a ball of fire that inspires generations. Happy jamming!

Back in Black all week long - Black Friday baby!
Back to school means it's time to get back in the…