The world changed overnight when the dark shadow of COVID-19 spread over the globe in the course of a few months. With a great deal of mankind in lockdown, there are only a few lucky folks who continue working remotely from home and still get paid. But what if you’re an artist who pays the bills by touring around the world?

The streets are empty, the bars are closed and the spring and summer festivals are most definitely put on hold. So, we reached out to our community of musicians to ask them how things are going. We got answers from New York City; San Antone, Texas; Nashville, Tennessee; and Switzerland. 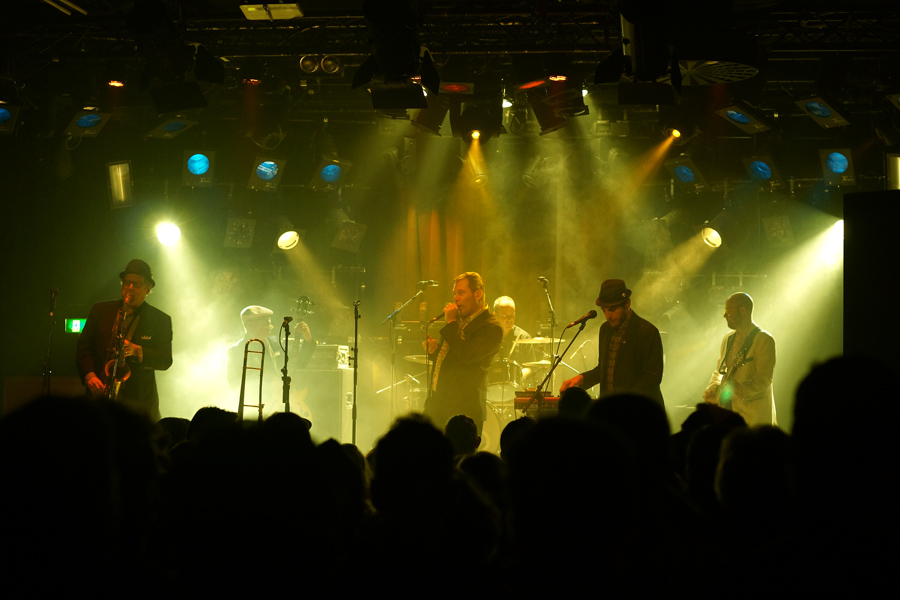 The Slackers at VERA 2019. Photo by Simone van der Heijden.

The saxophone player from the New York City-based ska band the Slackers confirms what we see and hear in the news. With all events around the globe postponed there‘s not much left to do is there? “Basically, it throws all my band situations into emergency mode,” says Dave. “We are losing at least three months of gigs.”

Solving this problem means going online. But does that approach really help? “We have to move online. So we do online streaming performances and sell stuff online. It’s maybe 20 percent of what we could have done normally, but it’s the only option we have.”

The challenges of remote rehearsal

Since it’s 2020 and we kind of live in the future, you would expect that rehearsing online could, at least, be an option for musicians to manage successfully. Well, it turns out to be a challenge. “With latency, we haven’t figured out a way for more than two of us to play at a time. We can talk but we don’t have the tech to properly rehearse.”

Dave and the gang try to keep it positive. Even when the bullet hits the bone there’s always a silver lining to keep in mind. The saxophonist’s advice, therefore, is: “Don’t stop moving. Don’t take time off as time to do nothing. Hustle. Work your music. If you stop moving it’s over.” 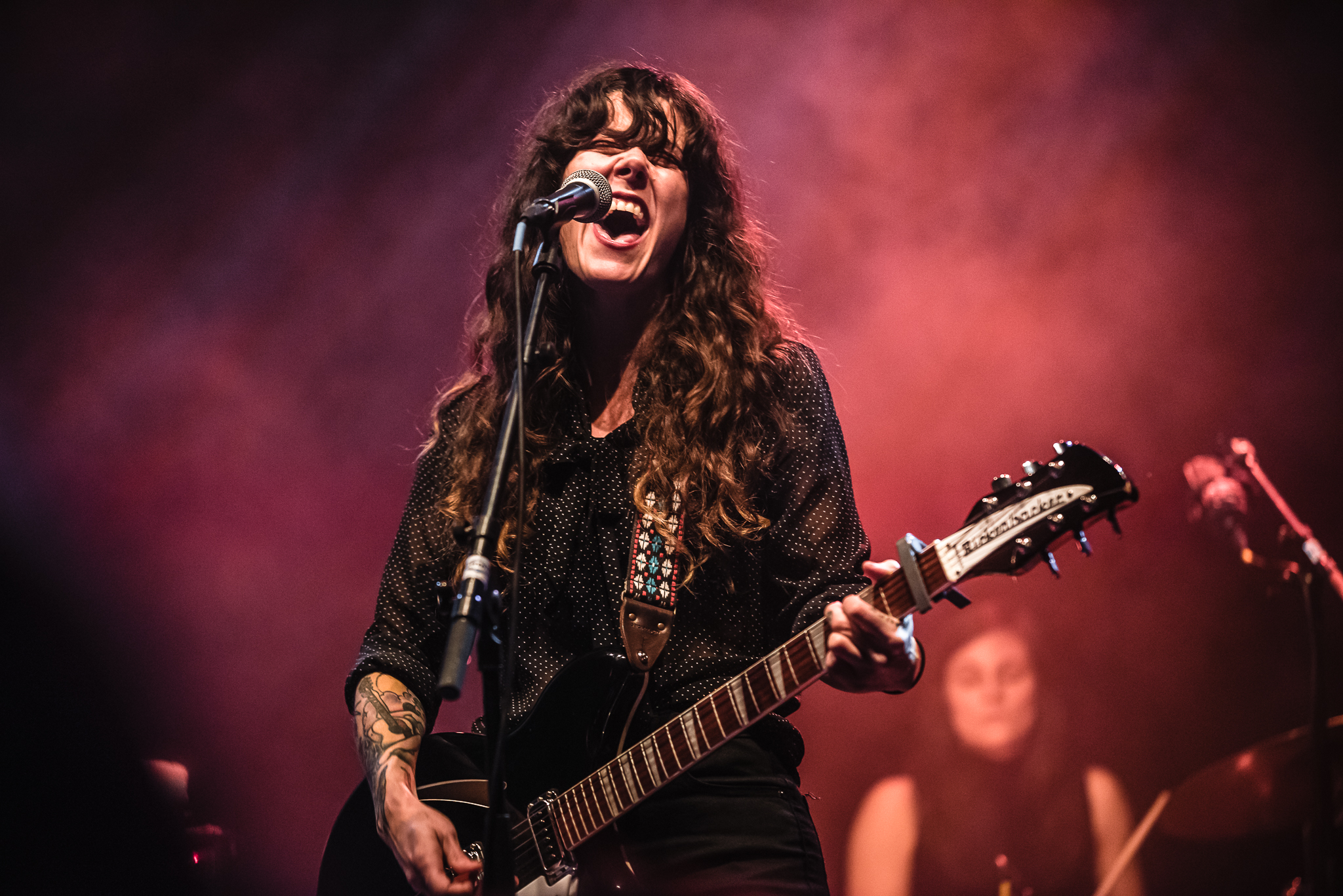 During TakeRoot festival, Lilly Hiatt suggested playing along to her tracks “The Night David Bowie Died” and “Get This Right” if you want to enjoy a nice and relaxed jam. Why? “Because they’re fun to play and I play them every night,” the country star replied with a smile, before going on stage.

These days she has had to postpone almost twenty shows (at the time of writing). With her new album Walking Proof freshly pressed, we reached out to check what Lilly’s up to. “The corona crisis certainly derailed everyone’s plans, but it’s something we have to just go with while keeping a greater good at mind,” she says.

“I’ve been practicing a lot of guitar lately, to get my mind off things and remember how much I love to play. I am glad to have a new record out at a time where people need music to lift their spirits.” Besides playing her guitar, she hasn’t done a remote rehearsal. “For me, band practice must be in person, all in a room together. So, we will get back to it when the time is right.”

The country star’s advice for her colleagues and her fans is to stay informed, stay at home and do something to lift your spirits. “However, give yourself some breaks from the news and social media, because none of the news is great right now and we all need a ray of sun every once in a while, mentally. So, whatever it takes to get there, whether it’s writing down a dream, picking up a guitar, or watching a silly movie; do what you need to do to stay safe and positive.” 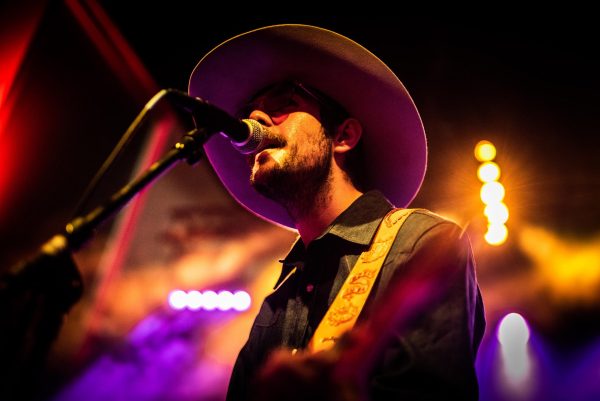 A few states south of Lilly in San Antone, Texas, our space cowboy Garrett T. Caps is in full-on creative mode. He greets us enthusiastically. But the COVID-19 lockdown has also reached his region. “A lot of my gigs have been canceled,” he says. “Hopefully not my Euro tour in June.” But that’s still to be seen.

Garrett T. tells us he is writing new material, now that staying at home has put time on his side. “I’m working on a self-recorded EP at the moment.” And how about some remote band rehearsal, have you tried that out? “Not yet.” Let us know when you’ve hacked that part. In the meantime, we’re looking forward to blasting his new tracks from our home office speakers. But until then the space cowboy has some advice: “Hang with loved ones. Dig the vibe. Stay clean. Viva!”

One of our favorite acts at Eurosonic 2020 was most definitely Black Sea Dahu. After their show in the Chordify x IDK Studio, we chatted with singer-songwriter Janine Cathrein about music, touring the world, and missing home – the latter two don’t matter anymore. “Crazy times we’re living in right now …”

The Swiss-based band is home. And, since they don’t live together, Janine is writing new material, which she sends to the other band members. Remote rehearsal isn’t the same as the real thing she agrees with Lilly Hiatt. “It’s weird. Even if you’re sitting right in front of each other on the screen it’s too far away … and without even considering the technical difficulties.”

Back Sea Dahu at Eurosonic 2020. Photo by Jasper Bolderdijk.

Like every band touring the world, Black Sea Dahu has no shows scheduled for the upcoming months. “We had to cancel our whole tour in March, April, and May. That means massive financial losses for us, but also our plan for this year is totally messed up.” Janine says she’s preparing for the worst-case scenario.

“At the moment, I even assume that we won’t play any festivals this summer. We had to postpone all concerts to autumn, that’s gonna be a tough time then. Right now we are all at home, our job basically doesn’t exist anymore; besides writing music.”

The only comfort is the spare time. Janine sees a silver lining in this. “I originally wanted to tour a whole lot more until I take my time to sit down and get creative, but it actually feels quite good to work on new stuff. You can’t do anything else, you can’t go on tour, there’s literally nowhere else I have to be right now.”

Originally, Record Store Day was planned for April 18, but guess what? It’s postponed. Of course, it doesn’t have to be Record Store Day to go to the web shop of your favorite artist and buy an album; and you can also order a t-shirt while you’re at it.

Help these people out, we know they’ve helped you out many times when you were partying, coping with a broken heart or remembering the good old days. It is times like these that bring up the best in artists, but they have to be given the chance to focus on their work. Think about it. And the same goes for your favorite record store. Just give those peeps a shout out. They can use it. Happy jamming!