Is it spring yet? Well, not quite. But March is just around the corner, so we are well on our way. The key question is: are you ready? “Ready? For what?!” For Make More Music March of course!

This month is all about taking out your instrument more often, making a lot of music and having fun with the people around you. Yup, March means you’d better pick up your instrument and start practicing the songs that are still on your bucket list. Need some inspiration? Here are the guitar chords for Post Malone’s track “Circles.”

If you don’t have Chordify Premium, you’re in for a treat. Have you noticed that the items in the toolbar, next to the play button, aren’t greyed out? Here’s the thing: these are the tools that, normally, only our Premium users get to use. But not today! More on this later. First, check out the guitar chords for “Circles” by Post Malone.

“Circles” by rapper and all-round rockstar Post Malone is a guitar-oriented song that has only five chords. Yup, that’s all it takes to play this little gem. Don’t get too exited just yet though; the chords of this song aren’t that easy. Not all of them anyway.

The most difficult chord in this song is probably the Fmaj7. First of all, it’s a barre chord – and we know those can be a pain in the neck. If you’re an experienced guitar player, it won’t scare you off. But if you’re not, just check out our lessons on how to play barre chords.

Now back to the Fmaj7 chord. It might not look terrifying at first, but grab your guitar for a sec and try to finger this chord. It turns out this fellow is kind of a finger breaker, hmm… Don’t worry, practice makes perfect and you’ll get the hang of it in time. 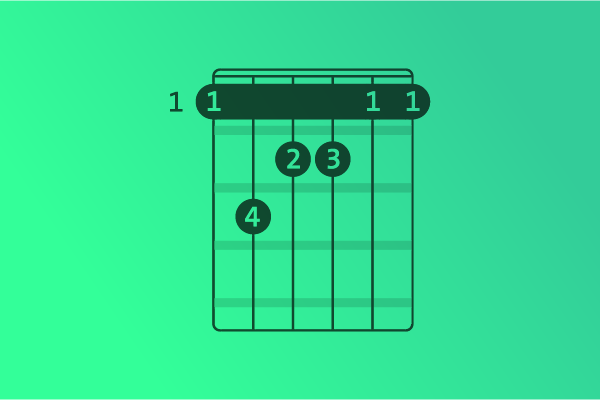 How to master the transition from Fmaj7 to Fm

Mastering the Fmaj7 is the first part of the challenge. The second part is the transition from this finger breaker to its close relative, the Fm chord. This is also a barre chord but a much easier one. Just play an Em using your pinky and ring finger. Now slide the chord up one fret and barre the first fret with your index finger. Got it? Nice! That’s the Fm alright. 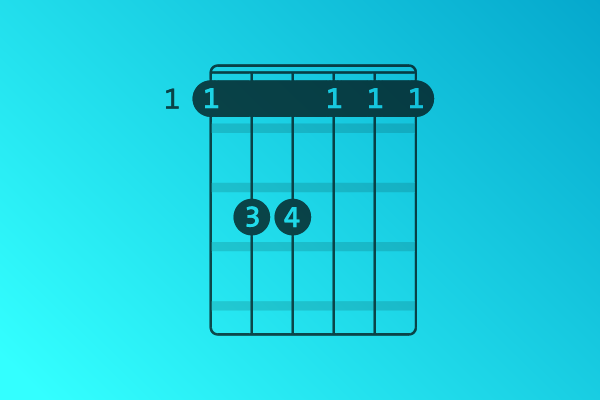 How to master the transition from C/B to Fmaj7

The real fun starts when you try to switch from this position to our little friend the Fmaj7 chord. Now here are a few steps that can help you out:

A common mistake is starting off with the index finger. This will work if you’re an experienced player,  but if you’re not it will give you extra stress. Of course there are more ways to do a transition, but in our opinion the one described above is smooth and efficient. 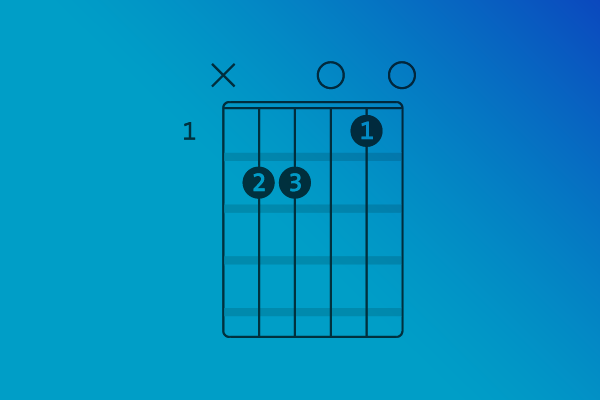 Are you fed up with this challenging chord progression? We totally get it and it’s okay. Since it’s Make More Music March we want you to enjoy yourself. We kind of always want that. So here’s a tip: don’t get frustrated. “But I can’t play the song, how the heck won’t I be frustrated!” Yeah, yeah, hush now. We already told you that you’re in for a treat right? Well you are.

Look at the right corner of the toolbar. Do you see the switch that says “Simplify Chords”? Flip it and see what happens. That’s right. Bye bye Fmaj7 and C/B chord! The fun part is that you’ll hardly hear the difference when you play along with the simplified chords. Yeah, sure there’s a subtle sound that’s missing, but nobody will notice that when your jamming in the park with your friends.

Premium features in the Top 50 Channel

By the way, did you notice that you can play this track longer than thirty seconds; skip up and down; and that the toolbar isn’t greyed out? Cool huh? This is because you’re jamming along with a song from our Top 50 Channel. In this channel everybody can enjoy our Premium services.

Use the BPM feature to slow down and buy yourself some extra time for difficult chord transitions. If you get stuck, try to loop part of a song. That way you don’t have to scroll back every time it doesn’t sound right. Thank us later.

Feel free to browse through it and try some other tracks, like “Memories” by Maroon 5. That song’s a real challenge, with its rapid chord progression and multiple barre chords. If you want to repeat a little part of the track, just use the loop feature. This way you can keep repeating difficult chord transitions until you master them. Try it out, celebrate music this month and happy jamming!