What started as a recording accident, went on to define much of the sound of the ‘80s. The technique behind the drum sound featured on so many hit songs back in the day, is called gated reverb. And from Phil Collins and Bruce Springsteen, all the way up to Lorde and Beyoncé, gated reverb is now making its comeback. 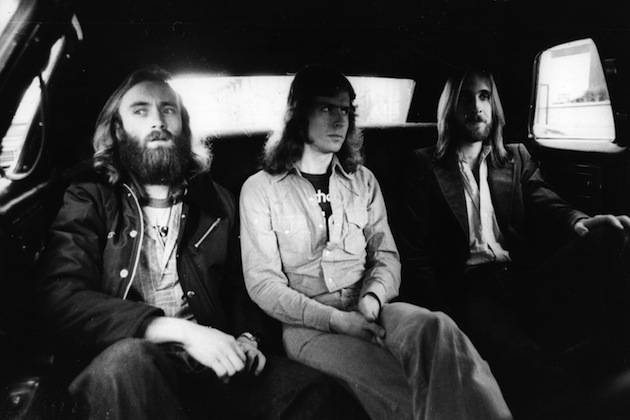 Pop and electro are rediscovering the classic 80’s vibe, and nothing about that vibe is more instantly recognizable than the sound of the drums. It sounds punchy, almost like a whip, with the echo suddenly stopping, like a wave crashing into a wall. If that sounds overly vague, just listen to In the Air Tonight by Phil Collins (the classic drum fill starts at 3:15) or Born in the USA by Bruce Springsteen. Vox recently made a documentary about the story behind the drum sound, which is definitely worth checking out.

The sound that defined the ‘80s was actually discovered by accident. When Phil Collins, Peter Gabriel and sound engineer and producer Hugh Padgham got together in the studio in 1979, to record Gabriel’s third solo album.

They had a brand new recording panel with cool features to play around with. One of those features was an extra microphone hanging down from the ceiling in the recording studio, so the musicians could talk to the producer sitting in the booth. Collins started playing a simple drumbeat that was accidentally picked up by the extra microphone. The three agreed it sounded awesome, and lo and behold, the sound of the ‘80s was born.

The magic behind the accident had everything to do with the combination of the microphone, the mixing console and the acoustics and natural reverb of the recording studio. The extra microphone had a heavy compressor on it, which reduces the volume of loud sounds and amplifies the volume of quiet sounds. So what the microphone did, when it accidentally recorded Phil’s drums, was pushing the reverb of the drums (the sounds and echoes bouncing off the walls) to the front, and making the actual drums sound softer.

Then there was the console, which had something called a noise gate. This thing cuts off the sound below a specified volume, to make sure no background noise is recorded, like the buzzing of an amplifier. What the noise gate did, was suddenly cutting off the echo of the drum sounds, so instead of the sound slowly fading out, it now suddenly had this weird sounding punch to it.

From standard, to cliché, to comeback

The classic sound was born, but not very affordable. Because let’s face it, spacious recording studios and echo chambers to capture and record that level of reverb, do not come cheap. However, in 1982, the first digital reverb unit came out, making the gated reverb effect as easy as pressing a button, and it became the standard effect and a sound you couldn’t escape from for a decade.

After a decade of gated reverb, the effect became a cliché and ‘90s bands avoided it like the plague and, much like the mullet hairstyle, the iconic sound disappeared. But in the last couple of years, there’s been a newfound love of the ‘80s. The mullet is still gone, but the sound is definitely back.

So here’s to another decade of punchy drums!