One of the most important chords at the top of the fretboard is the A chord. In this blog post we will explain how you can easily learn to play this triad. Your fingers may become a bit sore during the process of pressing the strings, but nothing worth having comes easy. To get some tips on coping with sore fingers, check out this blog.

Before we start, it’s good to realize that despite the fact that learning chords and mastering your instrument is time consuming you need to know what you’re doing this for. The key of A with the A major chord as the beating heart have produced many beautiful tracks. How about “Blitzkrieg Bop” by the Ramones, or “Three Little Birds” by Bob Marley. That’s what you do it for.

Step 1 – Tune your guitar in E

First things first. Step one in learning to play any song or chord is tuning your guitar. The default tuning of a guitar is in the key E. For this you can use a tuner, or an application for your phone like KARANG.

Step 2 – The diagram of A major

What does an A chord actually look like? Well that’s what the chord diagram is for. That’s the picture below on which a part of the guitar neck is depicted. From left to right the strings shown are E, A, D, G, B, e (strings are counted from the bottom to top, so the high e is the first string and the low E the sixth). 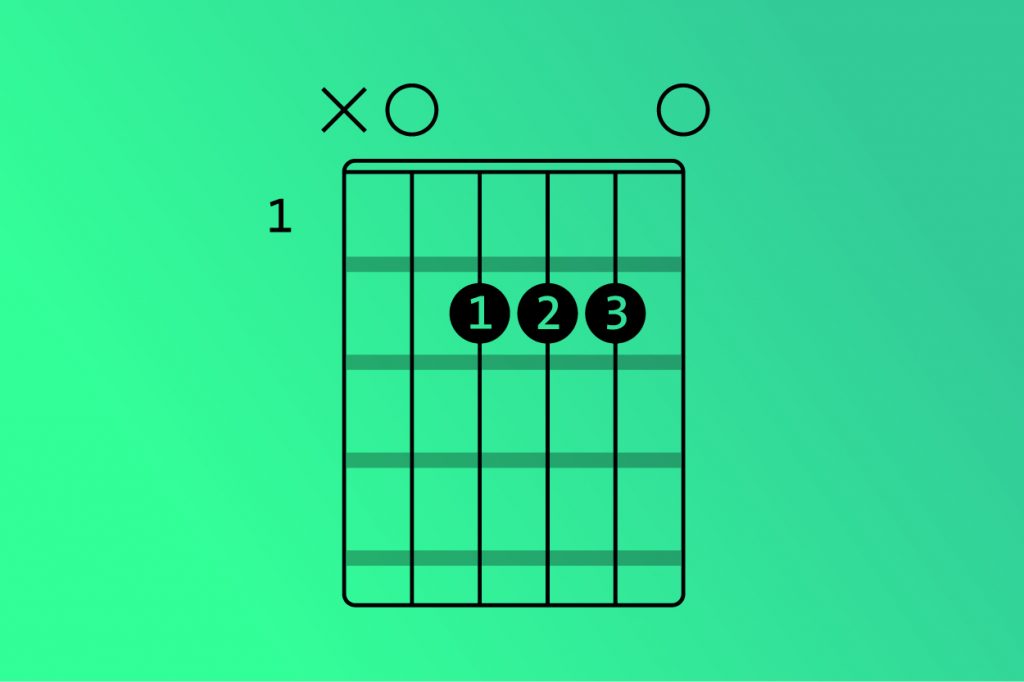 The transparent circles at the top indicate which strings are played open. The number 1 indicates on which fret the chord is located. This is useful for your orientation on the guitar. In this case you play an A chord at the very top of the neck.

Step 3 – Place your fingers in the right position

The fingers you have to use to play an A are indicated by the numbers in the colored circles. It’s useful to know that 1 stands for your index finger, 2 for your middle finger, 3 for ring finger and 4 for your pinky. So with that in mind the time has come for you to take your guitar and get ready to rumble. 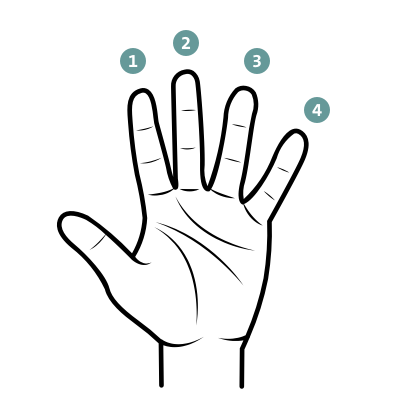 Now that you can play the A chord, you are faced with a choice. Are you going to try jamming along with these tracks in A?  Then close this blog and go for it. Or are you going for option two? In that case you want to know why you play an A chord the way you play it. And we’re happy to explain that to you in a short theory lesson. Sounds good? Then just read on.

Each chord consists of a number of basic elements: the root, the third tone (third), the fifth tone (fifth) and the eighth tone (octave). The octave and the root are the same tone, only they differ in height. The fifth note provides the triad with power by supporting it harmonically. The third note indicates whether a chord is major or minor. This can be seen as the mood of a chord.

The 1 is the root, the 3 is the third, the 5 is your fifth and the 8 is the raised root, also called the octave. Take another look at the A chord diagram and which tones from the scale you actually use. You hit an A, an E, a C# and an E. For more complex chord constructions see this blog post. Is it too much for you? No worries, a lot of pros don’t understand it either. Enjoy your new skills. Happy jamming!

Did you enjoy this article? Stay tuned because next week we’re publishing “How to play an C chord in three simple steps“.