Ed ‘flannel’ Sheeran, who doesn’t know him? The unwritten rule of ‘the more popular the musician gets, the more eccentric his appearance’ doesn’t really apply to Ed. Armed with his uncomplicated and super-musical attitude, he doesn’t need any additional bells and whistles. Selling out stadiums effortlessly across the UK, Europe, and the US, he’s incredibly popular in Asia as well. His recent tour dates included dates in Singapore, Malaysia, Thailand, India, and the United Emirates. 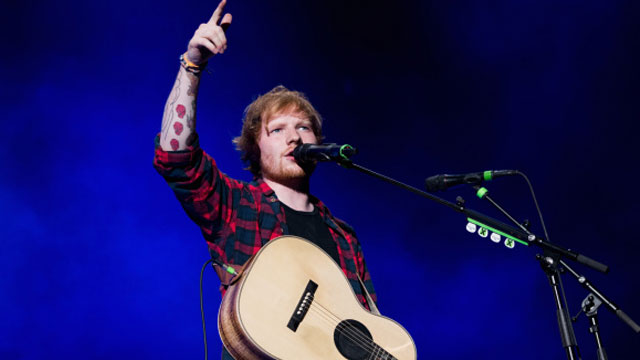 Someone who plays more than 150 shows a year will without a doubt have mastered the art of the perfect setlist. Additionally, with so many hits to his name, putting together a setlist surely can’t be that hard. What’s interesting about Sheeran’s setlists however, is that’s he’s known to make mashups of songs. He starts with a cover of a song and gradually flows into one of his own songs. As you’ll see below, this is something he did recently in Asia with well-known songs such as ‘Feeling Good’ and ‘Don’t’. Special thanks to setist.fm for providing this info!  But enough about Ed.. Grab your guitar, put on your flannel shirt en play along with Sheeran’s Asia setlist!

Castle on the Hill

How Would You Feel (Paean)

You Need Me, I Don’t Need You