Can’t wait to find out which ten songs are the most popular on Chordify? But you’re too shy to ask? This is your lucky day! We dived into our statistics and put together the top 10 of most-played tracks of 2018! 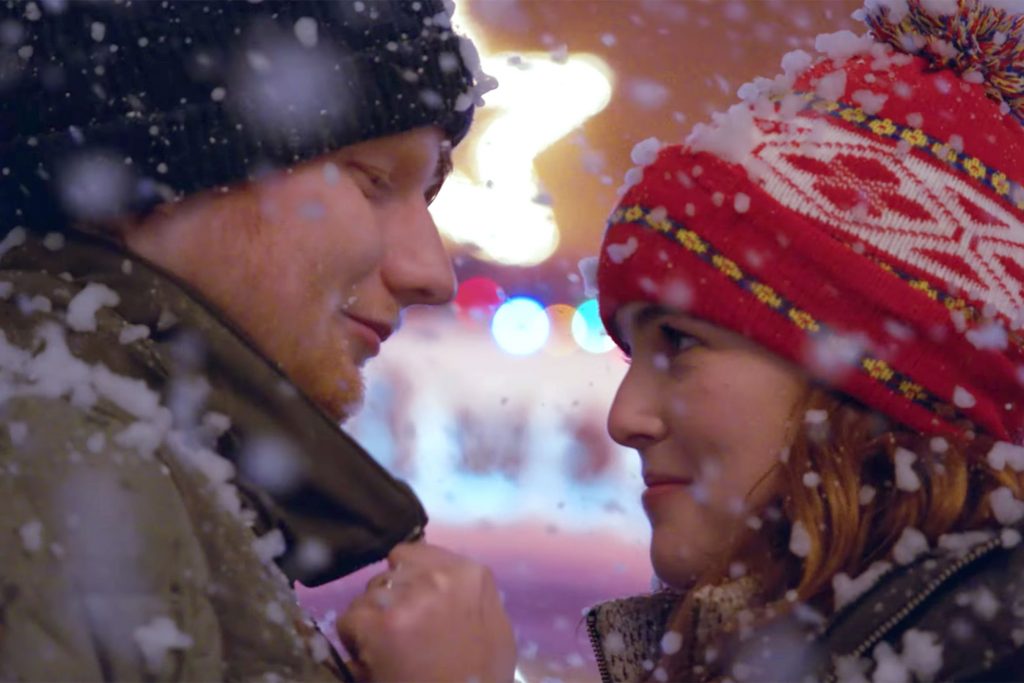 The list is based on unique page views and playing time. So you can choose which song is most efficient for learning within a short period of time and save those that take a bit more effort for a moment when you have time to kill.

It should come as no surprise that Ed Sheeran is at the top of the list. As a person he might be from “Perfect,” but his songs certainly are. This track, written in Db, is a good example.

Is the chord progression a bit difficult? Place a capo on the first fret of your guitar or use the transpose function to change the song into a more basic key. The average beginner needs about 4 minutes and 30 seconds to play this song. The track contains a total of five chords.

Daniel Caesar wrote a song together with H.E.R. that describes the “Best Part” of life; being in love. That and the fact that this song consists of only four chords, make this track a winner. It comes as no surprise that this song is at the top, together with Ed Sheeran.

The track is written in Bb and it took the average guitar player about 8 minutes and 30 seconds to master this song. Try it yourself.

There are certain tracks that are played around every campfire. “Wonderwall” by the British band Oasis is one of them. Don’t be scared-off by chords like F#m7 and Esus4. Those may look difficult at first sight, but once you have mastered them it’s easy peasy.

“Mundo” by the Filipino band IV of Spades may seem like an unexpected topper, until you’ve listened to it. The track is very melodic and embodies the power of simplicity. Everything revolves around three chords: B, F#, and C#.

If you find these chords too difficult to play, try to put a capo on the second fret. This makes the chord progression a lot easier.

The “MEDLEY” from MOZA is a tour through all the basic chords and small variations of those chords. The track is written in C and contains a total of 29 chords. This is song is the track you need to kill the time on a long and rainy day.

Sometimes the opening track of a soap opera is so good that you translate it into English so everyone can sing along. This is the case with the theme from the Chinese series “A Love So Beautiful“.

In all honesty, the song is very melodic and exciting. Because it is written in Eb it contains quite a few difficult-looking chords. But as we learned: the Eb is your guitar tuned down a semitone.

Can it be true? Yes! Ed Sheeran is listed twice in the top 10 of the most-played songs of 2018. After “Perfect,” “Thinking Out Loud” is a track that a lot of jammers like to include in their setlist.

Written in D this song contains six chords in total. Four of these are the basic chords D, G, A, and Em. This makes the song suitable for fresh beginners and advanced players. A nice track to jam to.

“And you ‘Let Her Go’ … “. Do you hear yourself singing that line followed by a dramatic pause at the end before everyone starts screaming and wildly applauding? Yes? Nice, this track of Passenger is a guaranteed success at parties, campfires and beach jams.

Just like “Thinking Out Loud” this song is written in D. The chord progression is therefore very basic. Of the five triads, four are the chords you learn at your first guitar lessons: C, D, Em, G. The Bm shouldn’t be a challenge for the advanced beginner. Take your guitar and start jamming!

“Te Bote” in Spanish means “I dump you”. Very appropriate at the end of the year. Because we all dump 2018 together to enter into a relationship with his stronger brother 2019.

And as easy and logical as that sounds, so this track is to play along with. You only need to know two chords. The Em and the Bm take all the credit for this song that is written in the key of the latter chord.

10. Metallica – Nothing Else Matters

At the end of the year it is time to let go of all the old stuff and start the new year afresh. What better song to play along with than “Nothing Else Matters” by the metal icons from Metallica?

This song is written in Em and that makes it a good classic for the guitar. The chord progression is tough for the beginner, but should be a walk in the park for the advanced guitarist. Rock along with this evergreen and be inspired for 2019.

Before we head off and wish you a musical and inspiring 2019, we would like to thank you – yes you, the user – for a great 2018. Thanks for all the hours of playing, editing, adding new songs and sharing Chordify with your friends. We are very grateful! That’s why we hope to see you more often in our rock temple next year. Best wishes and happy jamming!