Are you ready?! Make Music Day on June 21 is the moment to pick up your instrument and go all out. Whether it’s in your attic, or on a piano in the middle of a central train station. The choice is yours. 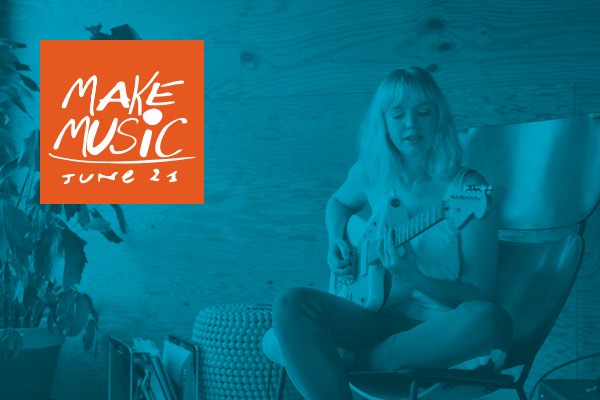 Make Music Day is the day we celebrate making music all over the world. What a great idea! It’s not new, though. In 1982 the French started this with Fête de la Musique. Nowadays, the event has grown into a day that is celebrated in more than a thousand cities and in 120 countries. Do you know what you are going to play on Make Music Day this year?

Playing on the streets gives you a kick

Performing in front of a crowd gives you a rush. Whether you do it as a beginner or as an established artist, it doesn’t matter. Some big names started out on the street and they haven’t forgotten their roots. If you’re lucky, someone will just join in. How about Dave Grohl?

Heroes are still just people as well. When metal guitarist Dimebag Darrell shamelessly chased people in the street with a small amplifier, half of them didn’t even know who the idiot with the lightning guitar was. So how shameless are you?

You can always pick up your instrument and show off your skills to friends, family, or complete strangers. Are you shy and do you need an extra push? Make Music Day is your ideal excuse. Come on, everyone does it!

Do you have mad piano skills? Share them with the people around you and play on a piano in a train station. You really aren’t the first to do it, but the love is just as great regardless. Even Elton John did it in London in 2016. He just sat down and started to jam some of his favorite riffs.

We give you all the inspiration you need in our Make Music channel. Slip behind the black and white keys in public and jam out in front of others. Record yourself doing this and send it to us. Before you know it, Sting may pop up out of nowhere and sing along with you! Then you’ll really go viral. But until then… Happy jamming!


Check out the new additions to the Mother’s Day Channel